Is Jennifer Aniston Upset Over Jimmy Kimmel’s Friendship With The Kardashians?

One blog claimed that Jennifer Aniston is upset about Jimmy Kimmel being friends with Kim Kardashian and the rest of her family. However, this is completely false.

According to RadarOnline, Jennifer doesn’t like the fact that the talk show host and his wife Molly McNearney, who are her close friends, are becoming close to the Kardashian clan. A supposed insider says how she doesn’t find them classy enough for her circle of friends.

The insider then said how Jen is “not impressed” by the Kardashians in any way despite their large social media following. 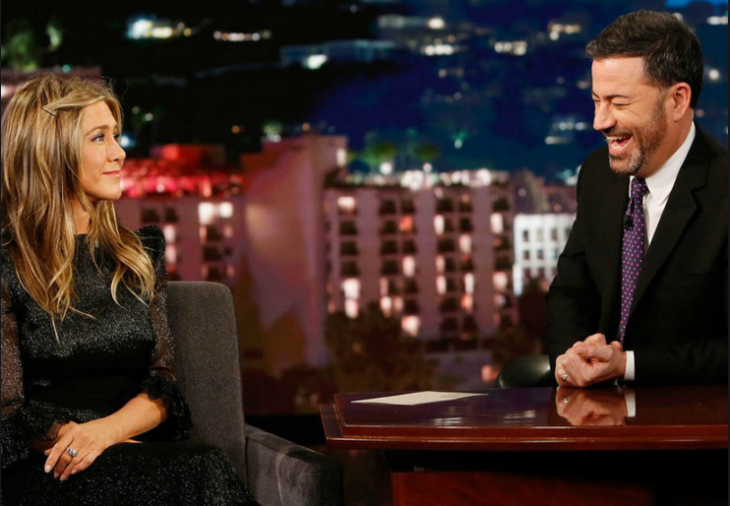 She never liked their show, and she believes that Kimmel isn’t choosing his friends wisely.

Firstly, the silliest part of this report is that Kimmel and Kardashians aren’t friends. The story was made up because they appeared on his show as guests recently.

Kimmel himself confirmed he hasn’t been socializing with them as well.

When it comes to Aniston being angry, it clearly makes no sense. She cannot be upset about the non-existing friendship. 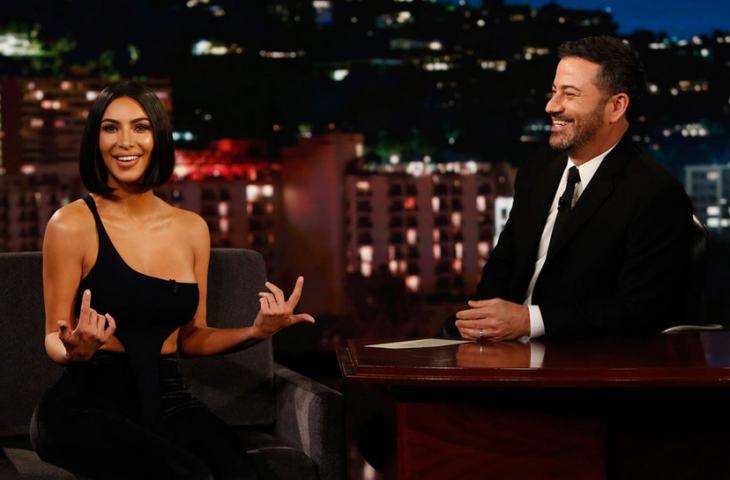 This isn’t the first time this blog is posting false information. They recently wrote about Kimmel arranging an interview with Jennifer Aniston and Brad Pitt. It obviously never happened, and these stories are just creative writing.

In addition to this, the site’s sister outlet, In touch, was caught posting false information about Jennifer being furious about Justin Theroux appearing on Kimmel’s talk show. 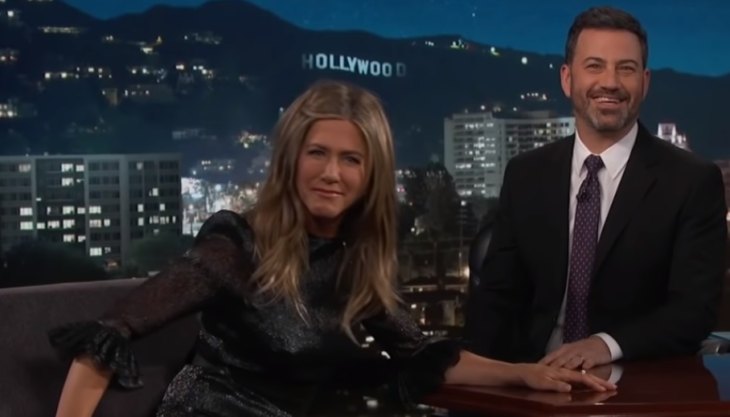 Another story was debunked recently as well. Some sources claim that Kimmel’s wife is jealous of his and Jennifer’s friendship. However, the actress and the talk show host’s wife are quite close. It seems like the gossip media tends to make up stories about Aniston and Kimmel’s friendship quite a lot, and this time the Kardashians are put in the mix as well.

Are Brad Pitt and Jennifer Aniston Filming Together?