Is There Such A Thing As “Ethics” In Public Confessional Writing?

Yesterday, xoJane published a piece that ended up causing an interesting discussion among myself and some friends. It was titled “My Liberal Parents Bragged About Me Being Queer While I Was Still Ashamed of It” — and subtitled “What do you do when your liberal parents start treating your sexual orientation as cultural capital before you accept who you are?”

There were a lot of things that bothered me about the piece. Namely because I’ve known a lot of people who were rejected by their parents, thrown out of their homes, or forced to face other hurtful consequences as a result of coming out — but also because it just didn’t seem to me, at least based upon what she wrote in her essay, that this woman’s parents were so awful that they deserved a “calling out” in a public arena. I didn’t feel the writer did a very good job of elucidating any actual instances of her parents treating her sexuality as cultural capital. It seemed more like her parents saw she was struggling with her sexuality (as she makes clear she was in the article) and were doing their best, in their own way, to make her feel it was safe to be herself. Which is a thing parents do when they care about you.

To me, this essay read like “It Happened To Me: My Parents Went To Every One Of My Dance Recitals And Cheered Too Loudly And Told Me I Was The Best One Even Though I Was Not.”

I should note that I also don’t think that it’s wise to make judgements about other people’s intentions when you’re not feeling good about yourself. In my own experience, this is when I have been most wrong. 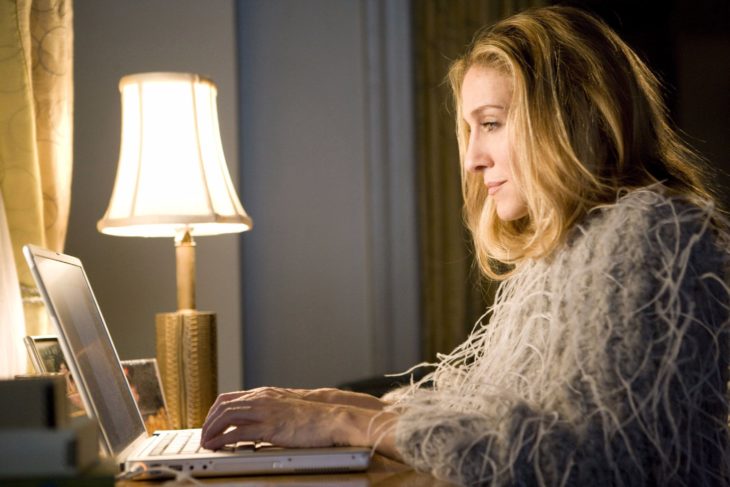 Some of my friends felt differently about the essay’s overall point — because similar things had happened to them, because they knew what it was like to feel like someone’s token or emblem of how fabulously progressive they are. Totally fair, and completely understandable. That’s a crappy thing to do and a crappy way to feel.

Speaking for myself, I think that if I was in this writer’s shoes, and truly felt that my perspective on my parent’s behavior was accurate, and I felt compelled to write about it, I would have done it anonymously. The trade-off — possibly hurting or embarrassing my parents, whom I love very much – just would not quite have been worth it for me. It would not be worth it to me to risk losing their trust.

It’s sort of like how, as a teenager, I never had any interest in being all “UGH, my parents are so totally lame!” about things and felt deeply uncomfortable when people would say that about their own parents, particularly when they’d just dropped us off at the mall or bought us pizza or something. My brain always went right for the “Aren’t you lucky that your worst problem with your parents is their dorky outfit and over-interest in your life!” logic. It’s not that I don’t have problems or fights with my family, or that I didn’t as a teenager (because boy, did I), but it was important to me that people knew that my parents were good parents, because they were and they deserved that.

Regardless of what you take away from the xoJane piece and its fairness towards the writer’s parents, I think it brings up an important issue in regards to confessional writing; namely, how to approach writing about personal experiences that involve other people. There’s been a lot of discussion as of late about the proliferation of the personal essay, about confessional writing, and how popular it’s becoming and why. There has not been a lot of discussion on what the ethics of doing this are, if any.

The thing about a lot of personal writing is that it does often involve other people. For me, that’s a thing that matters. Not only would I not want to write something that could cause hurt or embarrassment to those I care about, but I also wouldn’t want other people in my life to read something I wrote about another person and think Oh shit, can’t trust that girl with anything. If I fuck up I’m going to be put on blast before the entire internet! Yikes!

I guess it’s sort of the way I feel about people who gossip a lot about their friends. I don’t trust them — and usually, unless it’s something really terrible that they need to talk out or something, I feel pretty firmly about not knowing things about people that are none of my business to know, unless they have made it my business themselves. Gossips may be fun people, they may be interesting, but they’re not necessarily someone I would trust with my deepest darkest feelings or things I’m sensitive or insecure about.

It’s clear that my own ethics regarding this kind of thing have a lot to do with my own personal ethics regarding relationships, and what is important to me as a person. My desire to “express myself” or what-have-you is not really as important as my impulse toward loyalty and a desire to be good and fair to people in my life. Possibly the defining factor in how I live my life is my desire to basically be a trusted friend, and I am careful not to light matches unless I am fully prepared for that bridge to burn down. 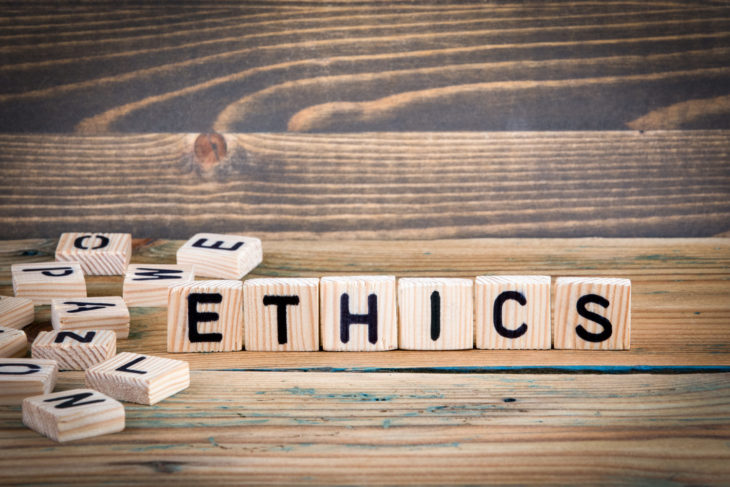 I always sort of think of Blanche in “A Streetcar Named Desire” when she said, “Deliberate cruelty is unforgivable, and the one thing of which I have never, ever been guilty of.” That’s something I keep in mind a lot — like, as much as I might fuck up in life, I want to not ever be a deliberately cruel person. While I’ve been snarky as hell, and probably haven’t always entirely abided by this rule, I want there to be lines I won’t cross. In regards to the previously mentioned essay, my own takeaway was that the woman’s parents were not deliberately cruel, but that she in a way was in how she wrote about them. I think that’s what bothered me most.

This doesn’t mean I don’t respect those who value truth-telling — both of the literal truth and “personal truth” variety — above all else. There’s obviously a value in that too, and certainly a comfort factor for those who have gone through similar issues.

I am not sure if there ever could be set “ethics” when it comes to personal writing that involves other people. I’d like to think “Is it kind? Is it true? Is it necessary? Does it improve upon the silence?” is a good measure for anything one says, but that’s also not always possible. Especially in these times when the impulse is to share everything.

But I do think there are consequences, and I sometimes worry  that those doing the confessional pieces aren’t really always considering what those are. There is the consequence of damage to your relationship, to hurting someone you love, to saying something out of rashness and anger that you may later regret. There are the consequences of your other family members feeling embarrassed or violated. There is the consequence of people in your life — those you didn’t write about, even — not feeling that you are trustworthy or kind and that they may end up being at the center of such a piece someday. If those things aren’t important to you, or if you give no fucks about what bridges you burn down or whom you hurt in the process–then I suppose that’s a different thing altogether, and none of this really applies to you. But if you do care, maybe it’s something you want to think about before you put pen to paper.

Tips Women Drivers: The Importance Of Knowing The Potential Of Car Maintenance Services