NBA Legend Opens Up on Jordan Vs Pippen Rivalry

The trio played together with the Chicago Bulls during what is widely recognised as a golden era for basketball in North America.

Pippen spent most of that era with a chip on his shoulder, much of which was driven by a hatred of the way Jordan was perceived within the sport.

His mood wasn’t helped by his portrayal in The Last Dance – a 10-part documentary produced jointly by ESPN and Netflix in 2022. 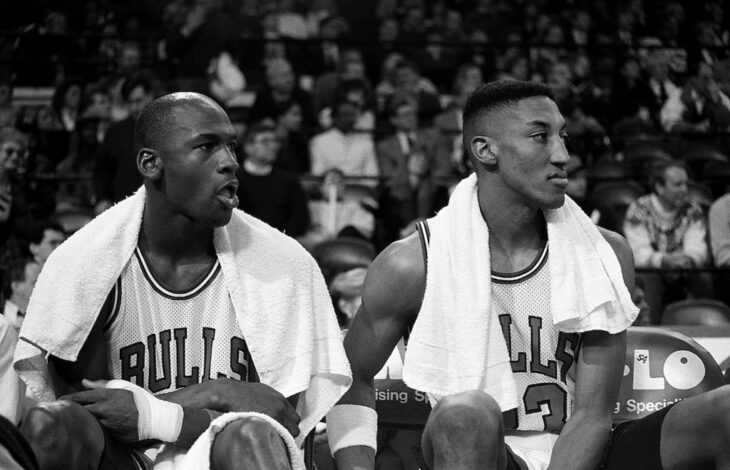 It was billed as in in-depth look at the final season of the Bulls’ dynasty, but focused largely on Jordan’s rise to superstar status in the NBA.

Pippen has spent much of the last year and a half criticising Jordan for taking editorial control of the documentary to paint himself in a favourable light.

While Oakley understands Pippen’s stance, he says it was inevitable that Jordan would use The Last Dance as a vehicle to protect his legacy.

“Everybody got to see a different side of Michael Jordan, if you didn’t see the Hall of Fame speech,” Oakley said in an interview with Betway.

“In the speech he pointed out a lot of people who were waving their finger at him, so he got the last finger point.

“The Last Dance is the same thing – he got the last say. If you mention Michael Jordan, you can’t have the first say, you’d better have the last say.” 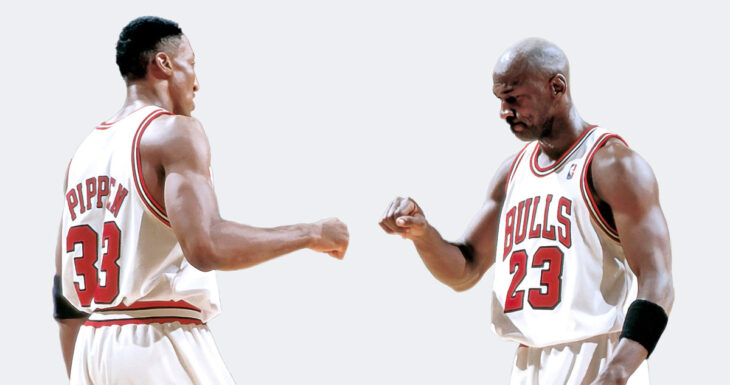 One of Pippen’s biggest gripes about The Last Dance undoubtedly boils down to money, with Jordan reportedly paid $10 million by the producers.

By contrast, no one else from that era was compensated for their role in the documentary – something which has left Pippen feeling extremely bitter.

He has consistently hit back at Jordan over the past 18 months, but Oakley believes that there is more to his anger than meets the eye.

“Scottie felt like he was mistreated, and he didn’t look good,” added Oakley.

“Scottie did some things that we talked about. I’m friends with Scottie and Mike, but I don’t talk about Mike to Scottie, or Scottie to Mike.

“I know everybody thinks it’s some feud from The Last Dance, I think it’s something else that happened. We don’t know, but one day we will find out. 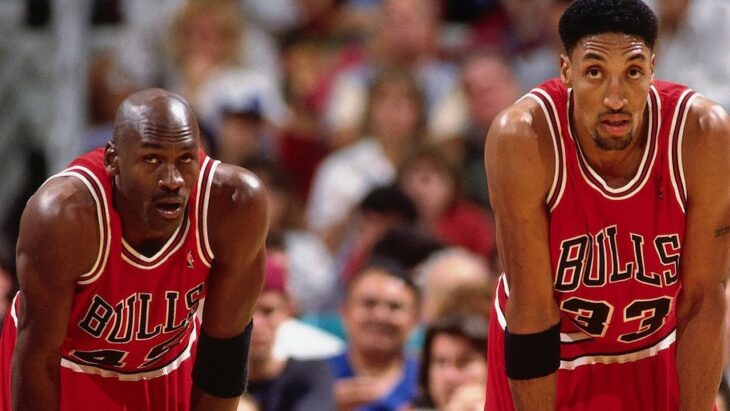 “I don’t think Scottie would just turn from all this from The Last Dance. Some stuff happened 10, 20 years ago but now he’s got a platform to talk about it.

“But he did say he wants to have his last say about The Last Dance, so who knows what’s going on?”

Oakley went on to say that Pippen’s feud with Jordan is most likely rooted in jealousy over the public perception of their respective achievements in the NBA.

While the pair each won six NBA Championships with the Bulls, Jordan was widely heralded as the man responsible for those successes.

He was voted as the Finals MVP for each of those victories and ended his career with five NBA MVP awards to his name.

Oakley thinks that Oakley still carries some baggage from being repeatedly overlooked for those accolades and resents Jordan for stealing the limelight.

“Scottie went through a lot as time passed, stress can put you in a different place,” Oakley said. “He said something about Phil Jackson. I think he apologised about that. 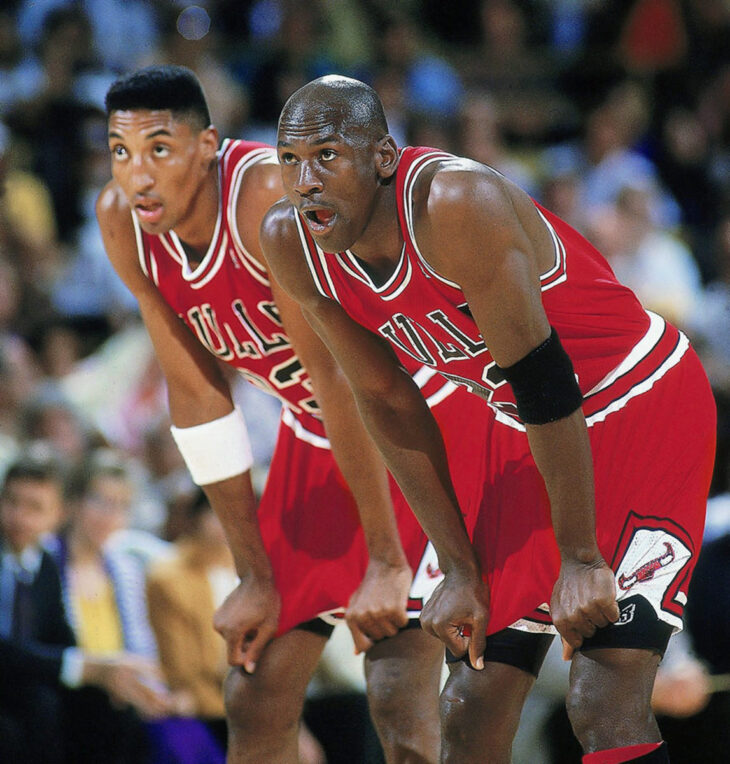 “But sometimes you get in the heat of battle, you know, and that’s why you’ve got to be careful when you do interviews and talk to people because they dig.

“They dig holes all the time, they dig up stuff about you and something you said, when this could be 30 years ago. But you said it and then you try to backtrack.

“I said a lot over my career, but it must be all true because I’ve never had to backtrack about anything I said.”

While Pippen remains unhappy with his portrayal in The Last Dance, the documentary certainly found favour with sports fans across the world.

The last two episodes attracted 5.6 million viewers across ESPN and ESPN2, helping it become the most-watched documentary content ever broadcast on ESPN.

The Last Dance received extremely favourable reviews on IMDb and Rotten Tomatoes, with some people claiming it is the greatest sports documentary of all time.

Oakley believes the show helped to cement the legacy of an age he believes was the most magical in the history of basketball.

He says that the final two decades of the 20th century were the ‘hottest era ever’ for music, sport and entertainment, with people simply having a good time without the distraction of social media.

The former Bulls star praised the producers of The Last Dance for capturing the spirit of those times, and has no issue with how he was portrayed. 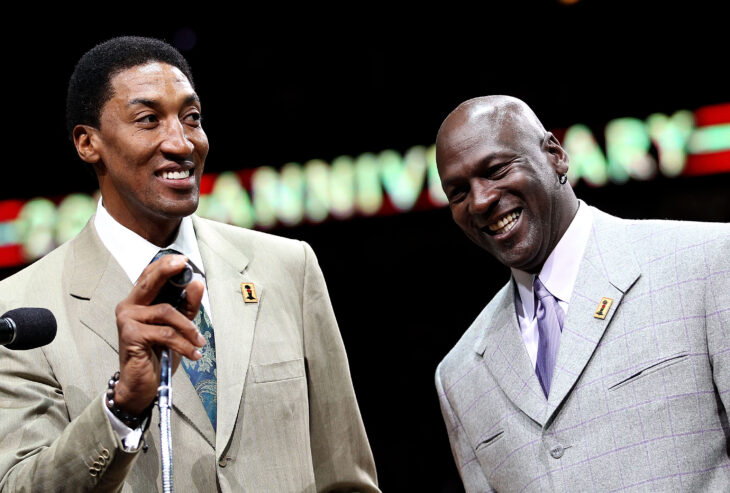 “It was great – we got a chance to see the other side of some other guys,” he said.

“It was a documentary so it was put together like Michael Jordan always wants to look good, so a lot of guys felt like he let them down, but it’s like a movie, you know?

“If you ain’t the main actor you ain’t gonna be a big part of it. I didn’t have no bad feelings about what he said about me.

“I tell Mike all the time: ‘You should somebody to your car when it rains, when it snows somebody should shovel your snow. You need someone to keep your windows clean because you played with a lot of bums’.

“And a lot of these guys in The Last Dance are mad about what he said about them. Like, half of y’all couldn’t play, so how are y’all mad? You should be glad that he mentioned you in The Last Dance!”

6 Ways to Make A Dog Crate for Your Dog

5 Reasons to Use Personality Tests in Your...