Life After Dating: When Your Partner Is Unemployed

Growing up, my parents were able to provide a stable middle-class upbringing for me, my three sisters and my brother. I can understand now how fortunate we were not to worry about hunger, housing, or medical bills. Although my Mom made a point to show us how privileged we were  — I’m from Fairfield County, Connecticut, where the “wealth gap” between rich and poor is top in the nation — I lived securely inside a wealthy suburban bubble in the booming ’90s. As I graduated from high school, went to college and began my working life, I still managed to have financial security, even when the economy tanked in 2008. Some friends, recent college graduates like myself, lost their jobs or just plain could not get hired. But me, I still got to stay inside a safe little bubble.

Then I did something that probably didn’t make sense to some people, especially those from the background that I come from: I married someone who was unemployed. 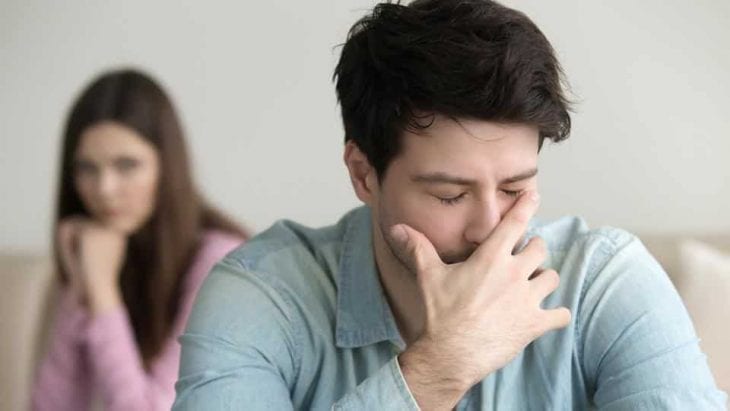 Or rather, through marrying me, my husband became unemployed — he had a job when we met. Kale is from Australia and when we married, he settled in America and left behind a job which was waiting for him if he had gone back. Kale worked for the Australian government  — a job which was lucrative, stable, and had room for advancement. Armed with his own savings, he had taken a yearlong sabbatical from working and traveled to New York City. We met while he was living here, fell in love and got married. He told his former bosses Down Under that he wasn’t coming back; in doing so, he became instantly unemployed.

For the first seven months or so after we married, Kale couldn’t work; he wasn’t legally allowed. While I sponsored him for a green card, he applied for permission to work in the United States. (Part of our immigration application required me to prove that I could financially support him on my own. New immigrants are not allowed to receive federal benefits for a certain period of time.) Of course, Kale could have worked under the table. I can understand why someone in more desperate circumstances might make that choice. But neither of us wanted to risk getting caught by immigration services for breaking the rules, thus risking our application. That, in itself, is an enormous privilege that we have had. We waited it out until eventually, Kale received an Employment Authorization Document and a Social Security number arrived, then he was “officially” unemployed and could start looking for work.

Discussing your personal finances isn’t the most comfortable topic for any couple. But when you get married — even if you keep your finances separate — it’s one that can’t be avoided. Being able to talk openly about money is something that’s worked to our advantage, I’m sure, and in retrospect I can see how our expenses were actually pretty uncomplicated. We are renters, we don’t have children, we don’t have pets, and we don’t own a car. I have lots of student debt, though, as well as debt to the IRS. So our particular struggle — or rather, my particular struggle, since I’m the one with debt — was to be able to cover everything while being squeezed tighter.

So we pared down expenses to keep us above a safety net. We continued to live with my roommate, who’s been a friend of mine since sixth grade, to ease the cost on rent. We got married at City Hall and didn’t go on a honeymoon. We went out to dinner maybe once every three weeks to an inexpensive place down the street. Instead of going out, we got extremely cozy with Netflix. We didn’t purchase anything expensive at all. 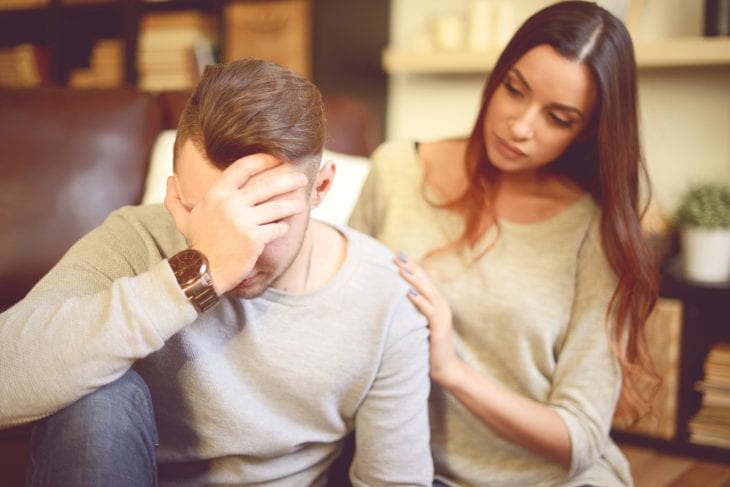 I’m cognizant of the fact that Kale’s nine-month stint of unemployment never made us poor — just temporarily broke. There is a difference between the two, as writer Nona Willis Aronowitz smartly expounds upon in this piece. We are not trapped in the cycle of poverty in any way, because of our educations, class privilege and the networks we were able to tap into (like the fact Kale’s parents were able to lend him money). And if we had really needed to, as the United States government had confirmed, we could have both lived (albeit very tightly) on my salary alone. There was always a safety net lying underneath us, no matter how uncomfortable it may have been to lie atop it.

So, no, I won’t pretend to understand what it is like to be poor. I couldn’t possibly. I do understand, though, what it’s like to live with someone who is unemployed, worrying all the time about paying bills and building a future together, and how that affects a mutual livelihood. Because I had the income coming in and felt secure in my employment, I worried less than Kale did — but I still worried. What if one of us gets sick or has a bad accident? What if my landlord doesn’t renew my lease and we can’t find another cheap place to live? What if I lose MY job?  What if I lose my health insurance that pays for my medications? What if it takes Kale months and months and months to find a job?  In these specific ways, but also in an abstract way, I worried about our security ALL THE TIME.

I am aware also, however, of the ways in which class privilege and education — both his and mine — enabled him to eventually be able to find a job. Both of us have work experience, interview skills, “professional” attire, and know how to put together a resume. His experience looking for a job, I realize, is completely different from so many other recent immigrants — especially since he has me, someone who is already socially networked into a middle-class life here. Marrying someone who is emigrating to the United States already made me aware — further stepping out of that bubble, if you will — of the racism and classism within our immigration system. Now that Kale living here, my eyes are still open to how our race and class privilege affect his employment. In the nine months that we have been married and all of this has happened, I have heard only one or two obnoxious comments — “advice” — about my husband’s employment. That’s nothing compared to the judgment and scapegoating that the poor, the less well-educated, and the less-privileged experience as an endemic societal problem.

I’m relieved — beyond relieved — things are different now. Even I didn’t understand the intensity of our mutual anxiety until Kale finally got a job offer last week. I felt freed and relieved in such a pronounced way that it really did feel like actual weights had been lifted off my shoulders. Worrying about money wasn’t any easier on Kale; I could see the stress taking a toll on him and felt helpless about not being able to make everything better for the person that I love. That’s a difficult thing for any couple to go through.

All this is not to say that I regret our life path. It showed us a lot about each other in ways we may not have seen had our lives played out differently. I wouldn’t jump to repeat the months of worrying about money (or paperwork). And I’m chomping at the bit to go on a honeymoon at some point in the future. But there’s a comfort in knowing we are really, really happy with each other while living with a roommate, eating home-cooked meals and just watching TV together every night. I know for far too many people, that wouldn’t be “enough.” For me — regardless of whatever other worries that weighed on either of us — it was everything.

Why You Need An Asian Bridal Makeup Service in Manchester, UK