5 Life Lessons Every MLM Enthusiast Should Follow from David Imonitie

No one can buy success. Get rich quick schemes that claim to require little to no effort are a dime a dozen and almost always turn out poorly. True success in this world requires hard work and determination.

The MLM industry is one of the best avenues to become successful these days. However, it takes time to achieve the type of success most only dream of. David Imonitie was born on July 2, 1983, in Merryville, Missouri, who is the most successful African-American earner in this industry. He is not only a multimillionaire but also the world’s 7th-highest income earner across the 250 billion dollar Network Marketing Industry. His success wasn’t by accident, though, he had to endure years of struggle before discovering his recipe for success.

In many of his speeches, David highlights that the MLM industry can make you a millionaire quicker than any other industry, but you need to be patient. Surprisingly, this industry will also provide tons of disappointments, especially when you see your sponsors and distributors moving to another company without informing you. But instead of holding grudges against them, you should consider these instances as your learning curve.

Many MLM enthusiasts focus on the type of commission and how much they are going to make every month. While calculating your income is essential, David believes you shouldn’t concentrate only on the commission system right at the start of your MLM career. You should first convince yourself why you like the product and why it is different from its competitors.

Convincing people is a crucial part of multi-level marketing. David recommends you should concentrate on your communication skills instead of thinking of your commission only. It will help you explain the features of the product or service better. If you keep thinking about your commission, you may develop a tendency to force the product to your sponsor. That may provide temporary success, but the same sponsor may not want to work for you later. 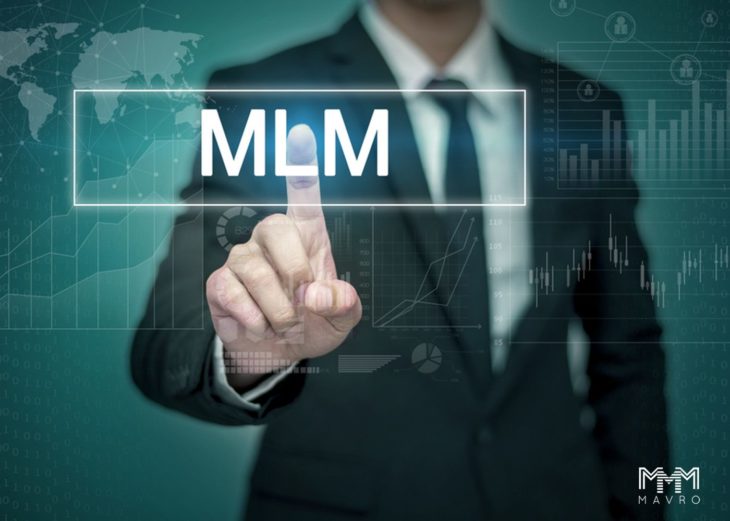 David was always very enthusiastic about the MLM industry. When asked about his success and failure, David says that he followed and still follows five principles that his mentors taught him. 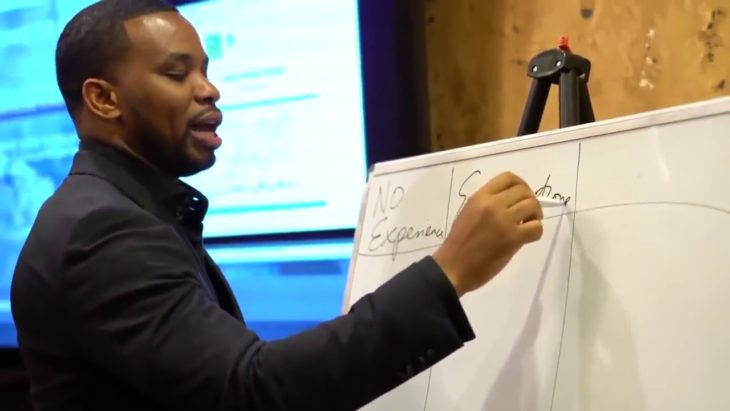 David never stopped believing in his capabilities and didn’t give up on his dreams. He had a firm belief that he would make it big in the MLM. Therefore, David encourages everyone to have a specific vision in life. He wants you to have a definite goal. In many of his speeches, David asks several members of the audience to share their life goals with everyone. For example, buy a new house, become the CEO of a company, or travel around the world.

He believes that once you’re clear on your goals and increase your belief that you can attain them, things will begin to attract towards you in order to help you achieve those goals. David set a goal to become a millionaire from Network Marketing, and now he’s not only a millionaire himself, but has helped multiple other people become millionaires as well!

David’s new life goal is to Positively Impact the lives of over 1 billion people with his voice and appearance. To make his dream reality, he’s launching a social media platform called Believe Nation, which will be a place where the world can come to learn how to believe and get the mentorship they need to get to the next level.

2. Making decisions according to life goals 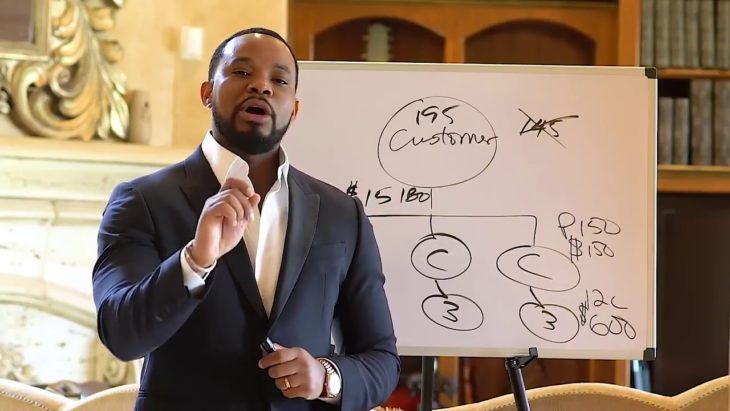 Once you set a specific goal in your life, you should work towards it every day. Unless you envision your goal, you will not be able to make any decisions that lead you toward your objective. David explains that every MLM entrepreneur should make decisions according to the goals he/she sets. This will help the entrepreneur strategize for short-term goals while keeping their long term vision in mind.

David also says that some of your strategies may not work, but it doesn’t mean you should change your goal. When he was struggling, David never stopped believing in his dream. He knew he wanted to become a multimillionaire, but that dream didn’t manifest for years. While the strategy for how you achieve your goal is bound to evolve, the goal itself should never change.

3. Learning from your mistakes 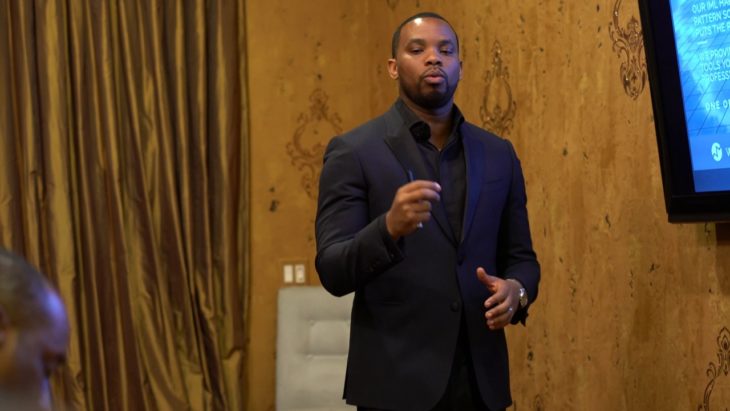 While some may find instant success, the vast majority of people will have to work for years to make their dreams reality. David is a perfect example of this. He learned everything the hard way. But he always shares that you shouldn’t get down on yourself after making mistakes. Failing is part of the process, as well as an opportunity for you to grow.

David describes this stage as the building blocks to reach your ultimate goal in life. During his initial years as an entrepreneur, he experienced several pitfalls. His strategies failed; he lost tons of distributors and even lost some money in the process. But he always kept an open mind, and he never stopped believing. He was still open to learning from his mistakes and was committed to never making the same mistake twice.

4. Planning your next move 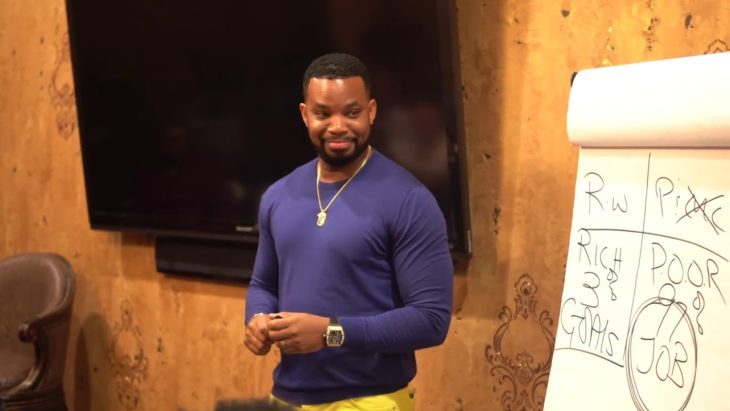 David believes that success is the progressive realization of a worthy ideal. Once you start achieving success, your life goals will keep getting bigger. Even David went through the same stage. No one suddenly becomes happy once they start earning ten thousand dollars every month. They will want to receive more the next month. But to make that happen, you need to commit to improving.

David wants you to keep chasing your dreams. He believes that if you set a higher benchmark for your next project, you will work harder to achieve it. You will come up with better strategies for your team to reach that goal. Surpassing your benchmark means you are slowly moving towards your next goal in life. This type of mentality will not only help you in your professional life but also your personal life.

5. Rewarding yourself for success 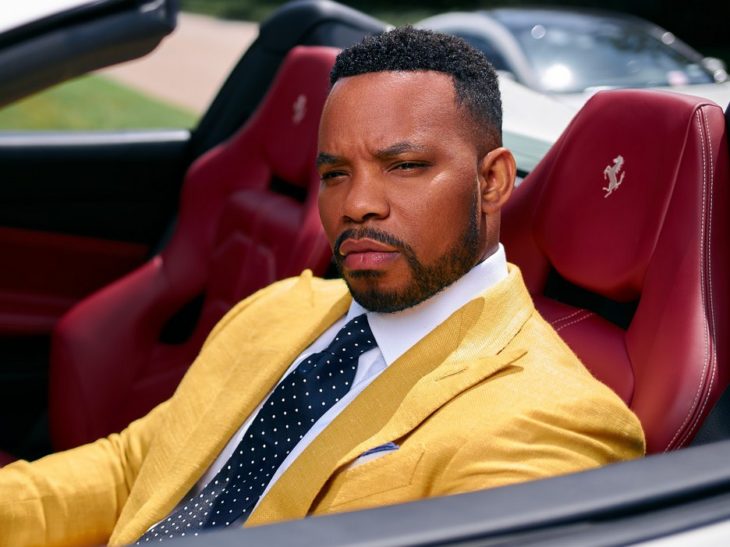 What was the last goal you achieved, and what did you do to celebrate? David believes that every purpose, once completed, should be celebrated. It doesn’t matter if you’re celebrating your first customer or celebrating your first million dollars. A win is a win, regardless of how “big” it was. Celebrating every success creates a positive feedback loop, which helps to make winning feel normal, which raises your belief that you will hit your next goal.

Top 10 Facts About COVID-19 for Students

Can You Make Money Through Multi-Level Marketing?