Lithium Batteries – All You Need To Know

Lithium batteries are the types of batteries that we use to power all of our portable devices such as our remote control, laptops, pagers, and a host of other electronic devices. As a matter of fact, Lithium-ion or Lithium-Polymer types of batteries are renewable and rechargeable solutions that each consumer electronics have. But out of the two, the former seems to be more useful than the latter, and we are going to discuss it in this article.

What are the Lithium Batteries?

The most common type of lithium batteries is the Lithium-Ion type, which is used for a host of electronics devices. Lithium-Ion batteries can be found in anything as small and simple as a power bank, to laptops, to even the new Tesla Model 3 cars.

A little history lesson about these magnificent devices as the first thought of Lithium batteries was introduced to us by G.N. Lewis back in 1912. Back then, it was considered science fiction and we didn’t have the technology to develop Lithium batteries, so fast forward 60 years and the first non-rechargeable lithium battery was put into commercial use. In 1980 the first attempt to make these batteries rechargeable failed because scientists didn’t predict that overcharging can cause them to catch fire.

It wasn’t until Lithium-Ion batteries were firstly introduced by Sony that people started using them for what they were, a rechargeable solution.

How do Lithium-Ion batteries work?

According to Large Power, experts in the industry of lithium-ion batteries for laptops, motorcycles, and a host of other electronic devices, Lithium-Ion batteries are far more stable than Lithium batteries. As the name might suggest, the lithium ions are what make this type of battery so useful and so good. The reason as to why this type of batteries is so good is because lithium, as a metal, is very light and has high energy density. What this means is that due to the lightness of the metal, the batteries can provide high current with a small form factor. Energy density means that the higher the density, the smaller the battery will be, despite the overwhelming properties. The reason as to why we use lithium-ion is because lithium can be very unstable on its own, due to its metallic nature, so we use lithium-ion due to the non-metallic nature. 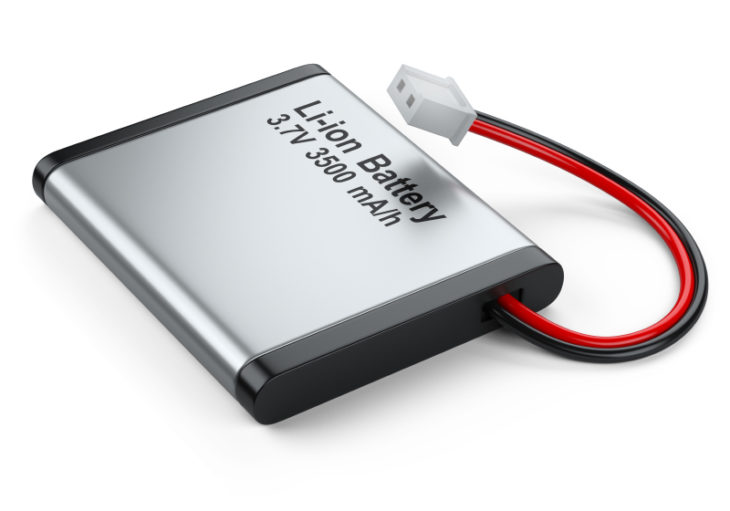 But we didn’t touch on how Lithium-ion batteries actually work? In essence, these types of batteries have five main components and those are cathode, anode, separator, current collector, and electrolyte.

The cathode and the anode are the components used to store the lithium, while the electrolyte is the medium where positively charged lithium ion travel in the battery. Whenever you’re charging one of these batteries, the cathode sends lithium ions towards the electrolyte and the separator all the way to the anode, which is the negative electrolyte.

Can These Batteries Damage Over Time?

As one might imagine, charging over time does take its toll on these batteries. Every charge can greatly impact the battery’s life, but they are extremely safe for use. Every charge lowers the lifespan of these batteries due to the mechanical and chemical as well as, electrical process that occurs every time we charge and recharge. There are a lot of issues that can affect the degradation process of these batteries such as temperature, pressure, and charging.

What you need to know when searching for smartphone repair shop

Things to Try if Your Watch Has Stopped...