Mariah Carey’s twins have a candy store in their house, which seems very reasonable

Like many parents around the holidays, this month, for me, has involved a lot of trying to figure out how to balance a compulsive need to provide my kid with the things he wants, which are many and very useless, and an equally pressing obligation to not raise an over-indulged asshole. (I mean, my kid is an able-bodied, ostensibly straight, cisgender, white dude, so let’s assume that ship has largely sailed.)

Admittedly, this urge to give our kids the literal sun for Christmas if they ask (and are “good,” meaning they “don’t hit any kids or set any large fires for an entire 24 hours in December”) is actually a biological compulsion to provide them with the shit they need. But since, in my case, kiddo is all set on the “being fed and protected from the elements and blood-thirsty predators” front, this instinct is seasonally expressed through a conditioned desire to quell my socially imposed parental insecurity and measure the quality of my love by the volume of dumb toys I’m able to stick under a decaying tree carcass in our living room so he can open them, be excited for 30 seconds, and then spend a year or so leaving said shit unused — I’ll pick up batteries tomorrow, I swear — on the floor for me to step on in the middle of the night. Being a parent is fun, is what I’m saying. 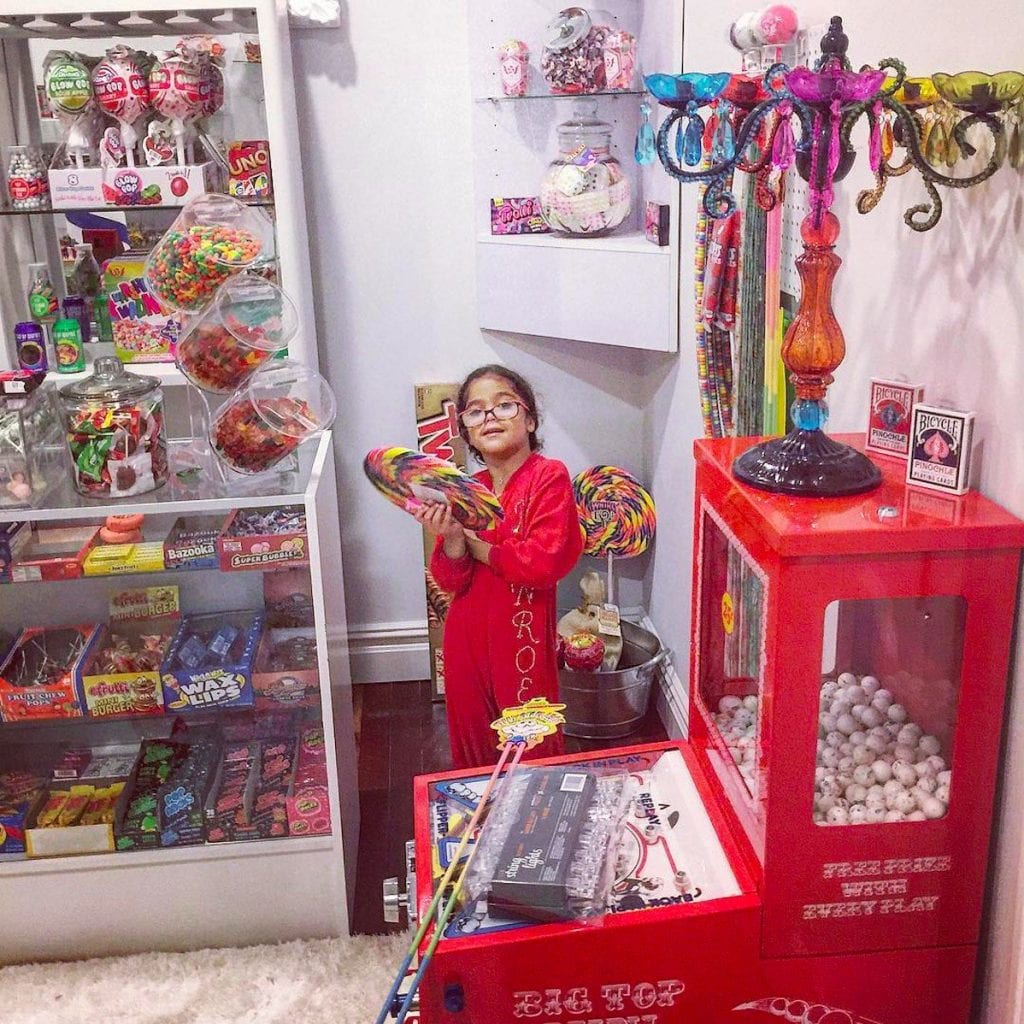 (“I thought this was a post about Mariah Carey and candy. What is happening. I hate the internet.” – you right now, probably, and fair.)

Granted, all of this being my Big Holiday Struggle™ is almost too privileged to mention (see: aforementioned lack of going hungry or homeless or eaten by bears), but it is marginally stressful to wonder where the line is between “giving your kids all the fun fruits of your hard work” and “spoiling them to the point of being literally ruined humans.” And I wouldn’t mention it except that I found a solution: Mariah Carey. How could I forget that Mariah is the solution to every holiday-related problem? I’m probably too stupid to have a kid, but let’s press on.

Mariah Carey’s twins, Monroe and Moroccan (routine reminder to NEVER FORGET that Moroccan is named after a room in her house, god bless her), whom she shares with ex-husband Nick Cannon, have an honest-to-god candy room in their home. A room for candy. A bunch of candy with its own goddamn room. Let us bask and feel the weight of our concerns about potentially over-indulging our own kids slip away like Dem Babies’ tooth enamel.

Lest this sound judgmental, I don’t consider Mariah Carey capable of wrongdoing. All this candy room proves is that I was incorrect about what constitutes unhealthy over-indulgence for young children.

Get Fit In The Water – Best Watersports