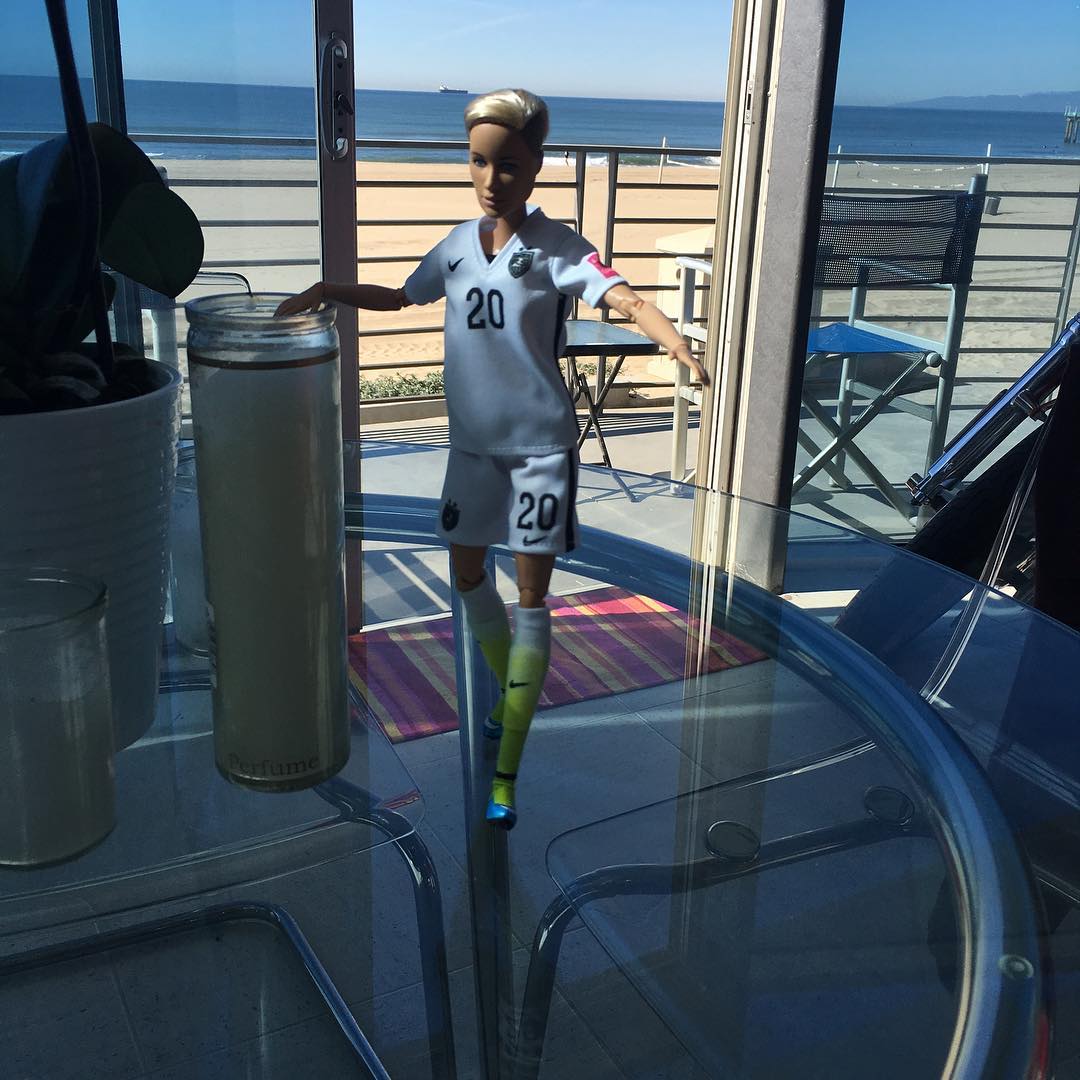 Nothing quite like getting your own @Barbie doll!! Legit I am honored. maybe she needs a wetsuit to go surfing? (Aka, paddle and never get up) #beachbarbie #sickhair

If you don’t follow sports, you may instead remember Wambach from a viral video of her kissing her wife, Sarah Huffman, after ending her career by winning the Women’s World Cup last July. And now she has a Barbie!

The doll was revealed at the MAKERS conference, where Wambach said:

“I’m not going to lie, you guys might not believe this… but I was a Barbie kid. I played with Barbies my whole life. I know about playing with Barbies who may or may not have looked like I felt – and I feel like this is a really impactful statement. It just proves we really are getting somewhere.”

Is it Better for Soccer Cleats to Be...