Every year, my sister and I go to Carnival in Trinidad and Tobago. For years I have tried to to explain the concept of “carnival” to my American friends. I’m slowly understanding that the idea is ridiculously foreign: replace cotton candy for endless top-shelf liquor, Ferris wheels for huge trucks blasting music throughout the entire city and lame whack-a-mole games for half-naked women and men “wining” on one another in elaborate beaded/feathered costumes. It just seems absurd for those used to a traditional American-styled carnival and, when I sit back and think about it, thousands of people parading and dancing through the streets does seem a little crazy. But that is precisely what makes me return annually: I know that I’m getting into something so ridiculously unconventional that anything can happen.In 2009, I “played mas” (donned one of those aforementioned sexy costumes) for the first time and wore cheap ass shoes. The soles came off halfway through the day, so I partied the rest of the day barefoot.  This year definitely did not lack eventfulness in comparison: I partied for three days straight with Beenie Man and his crew on zero sleep, got mild blood poisoning from wearing blue body paint for an entire day, had my bag stolen (along with my passport, cash and some credit cards), and fell in love — all over the course of a few days. 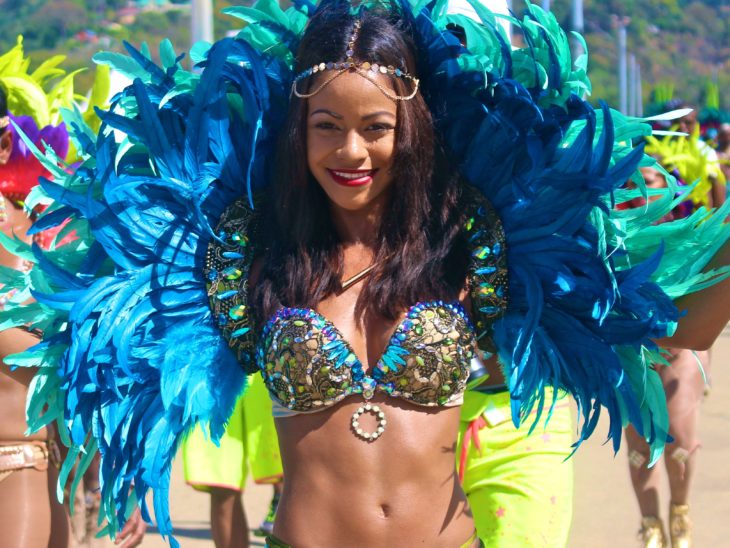 I’m honestly not very big on celebrity culture; I could seriously say I couldn’t care less. I guess that is why I had no idea who the hell the Grammy-winning reggae artist Beenie Man was when he approached me at a bar in Trinidad to buy me a drink. I reluctantly took the drink from him and continued dancing the night away with my sister as if nothing had  happened. He later tracked me down and asked me to hang out with him. His actions definitely say a lot about men: even when they have attained celebrity status they obsess over what they can’t easily have. Speculation aside, whatever the reason was, he took my sister and me on a wild VIP adventure through parties, boat rides and even a chocolate-covered morning “fete” (let’s just say another word for party). By the time it was all over, I hadn’t slept in days, had a ridiculous headache and was passport-less!

Yes, I found out later during our escapade I either lost (definitely possible) or had my bag stolen, which had everything in it. So what was supposed to be a 10-day vacation turned into three weeks of waiting for the embassy to issue me a new passport. I’ll pretend I was disappointed to not be able to get home (just in case my employers and professors care). But the day I was supposed to be on my flight back home was when I met my tall, handsome, green-eyed beau. 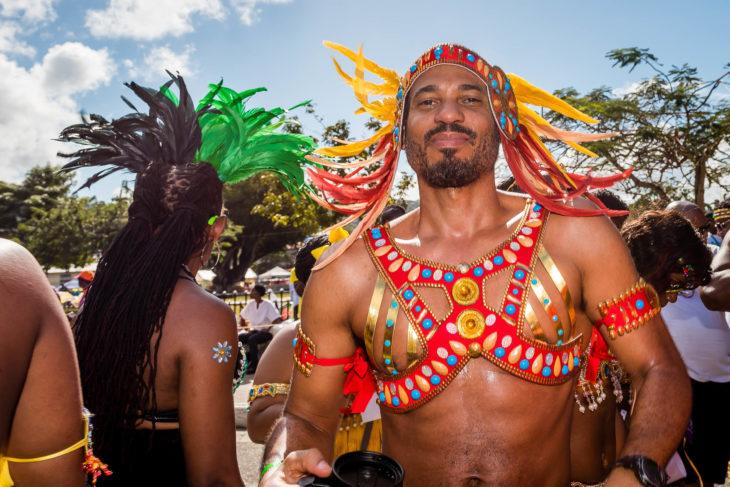 Have you ever had that moment where you see someone from across the room, everything around you freezes, you feel butterflies in your gut and it’s as if the two of you are the only people there? Well, this wasn’t exactly like that. The “room” was a huge stadium with thousands of people attending an annual concert where being trampled is common, someone hit me in the arm with their elbow while crashing into me during their favorite song (which left me with a huge bruise), and I’m pretty sure that feeling in my stomach was the rum. In any case, this man and I locked eyes, danced together, then couldn’t get enough of each other for the rest of the night and my time in Trinidad.

It’s not that I believe this is the guy I’m going to marry or anything. It’s just that after you get mild blood poisoning from wearing blue body paint, vomit everywhere and lay down at the side of the road, and someone is there to shamelessly hold your hair (and your fake eyelashes), you just know you’ve shared a damn special moment. 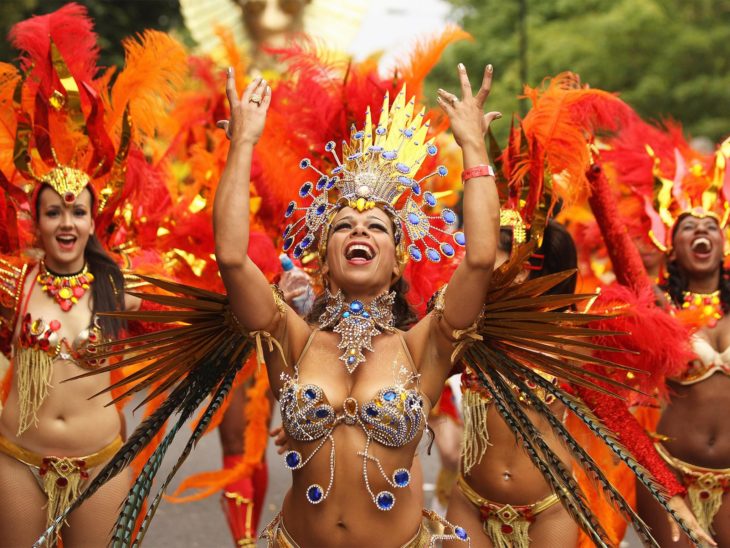 After this year’s wild experiences, I finally understand how to explain Carnival to my friends. In short, it’s a condensed version of life: it is filled with all the fun, surprises, love and sometimes some mild inconveniences that one can expect in a lifetime,  jam-packed into a few days.