Hazing: It’s not just for Chuck Bass at the Skull & Bones Society anymore! High school girls in New Jersey are now pretending they’re badasses by putting younger girls on a nasty “slut list.” The New York Times reported that catty seniors at Millburn High School in wealthy Millburn, New Jersey have circulated a “slut list” on which they scribble dozens of names of “pretty and popular” incoming freshman with “crass descriptions” on loose-leaf paper. The school principal, Dr. William Miron, said the tradition has taken place for over a decade, but this year hundreds of copies of the “slut list” written up by sports team members apparently made the rounds in the hallways. Why is the Times calling this “hazing”? This sounds like full-on bullying to me.Millburn High School’s slut list really shows what a complicated relationship women and girls, unfortunately, have with the word “slut.” Dr. Miron told the Times, “We’ve had girls—which is one of the bad things—obsessed that their names are on it, and girls who were upset that they didn’t make the list.” The word “slut” probably makes some of these girls who, ironically, are probably virgins feel like they’ve been branded. But as the school principal said, only “pretty and popular” girls make this slut list; so, apparently, “slut” is a compliment if the only other option is being so invisible you’re off the seniors’ radar. 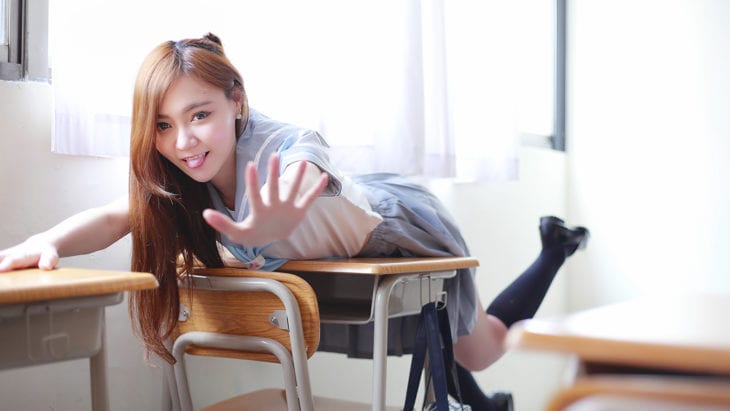 Although seniors write up a slut list every fall, it caught the attention of the Times this year because half a dozen parents made a big stink about it to school officials. In past years, Dr. Miron said, girls who did the bullying have been suspended and one year six seniors missed school for three to five days when they were caught. So far this year, though, none of the she-beasts responsible have been nabbed.

In the meantime, hopefully the ladies of Millburn High School will figure out that acting out scenes from “Mean Girls” in real life does not make them cool. [NY Times]

Check Your Vibes: How To Deal With Adult...

First Graders Are Body Shaming Each Other, According...