Nightlife in London – Most Popular Clubs

Among the most beautiful and largest cities of Europe is the capital not only of England but of the whole of Great Britain – London. It’s a true cosmopolitan city where you can hear over 300 different languages, of course, English is the official and by far the most dominant. The history is over 2,000 years old. Throughout history, London has always been a very important city for Northern Europe and the world in general.

And today it remained a very influential city in every sense.

He dictates not only politics but culture and trends in the arts, most notably in the fields of fashion and music. London is one of the world’s most important financial centers. The royal family lives there. It became the capital of England during the 12th and 13th centuries when palaces began to be built there and the royal family moved from Winchester. The Old Town of London is home to the City of London and the City of Westminster. It is also divided into the East end and the West end.

It is a city that lives 24 hours a day, 365 days a year. Therefore, it is one of the world’s centers of nightlife. At every corner you can find a club, pub or restaurant. We will present some of the most famous and best nightspots in the city. 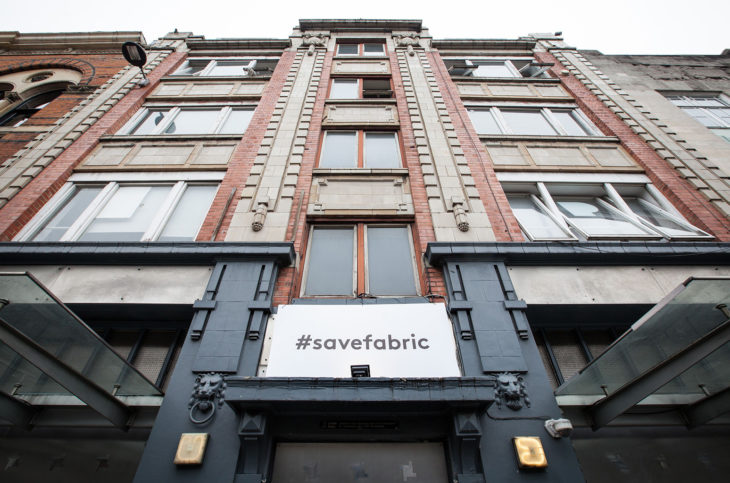 Fabric is definitely among the best in London and third in the world! Its awesome pulsating ‘bodysonic’ dance floor with over 400 bass speakers is why it’s one of the best dance clubs. He is best known for dubstep, house and techno music. 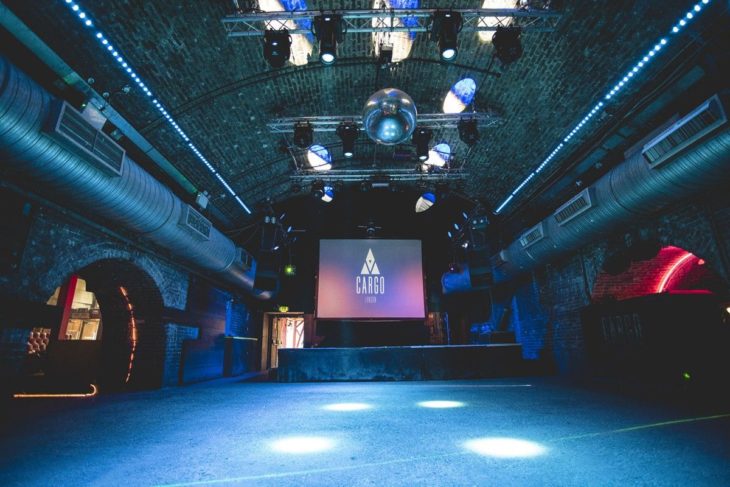 With free admission on Mondays, Cargo is a place to enjoy the sounds of blues! He plays the best music among other London R&B clubs. Other genres include hip-hop, pop and funky house. One of the most prominent, it has a rustic vibe and is built in an abandoned train yard! 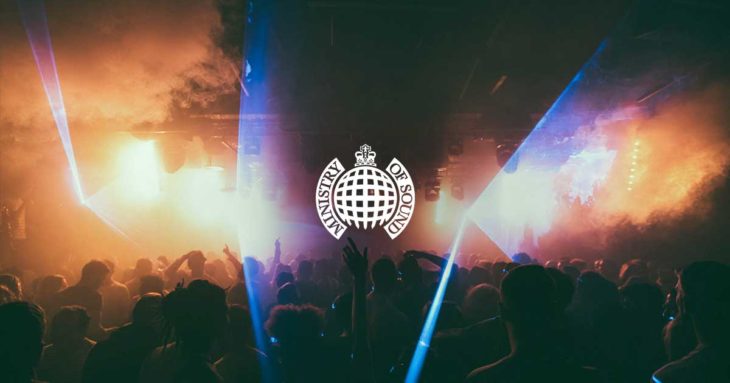 All nightcrawlers know ‘Ministry of Sound‘, and it’s their favorite place in the heart of the city. Listed as one of London’s top nightspots, it hosts the world’s best DJs and plays house and trance music. It is known for the owner’s enormous investment in sound and sound insulation. According to rumors, about a million pounds has been spent on just those two things. There is also a lot of investment in lighting. It is the first club in town dedicated primarily to 80s house music. 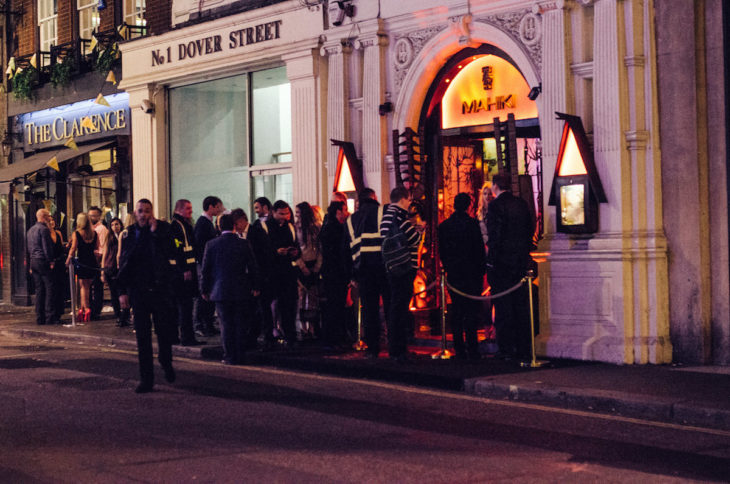 You will feel like you have been teleported to some tropical regions. Inspired by the Polynesian gods, you will almost be able to feel the warm breeze on your face after you go in. It is located in the center, close to Piccadilly Square. Music is commercial and house, and what makes him famous are his guests. From the most famous personalities in the world of show business to members of the royal family.

Symbolizing rebirth, ‘Egg’ is an unavoidable stop on the nightlife map! With a capacity of over 1,000 in five rooms, it is one of the largest. You can dance until dawn with all kinds of electronic music. He is licensed to work 24 hours on weekends and in 2017 received the “Best Large club” award. Initially, techno dominated, but now all the other sub-genres can be heard. 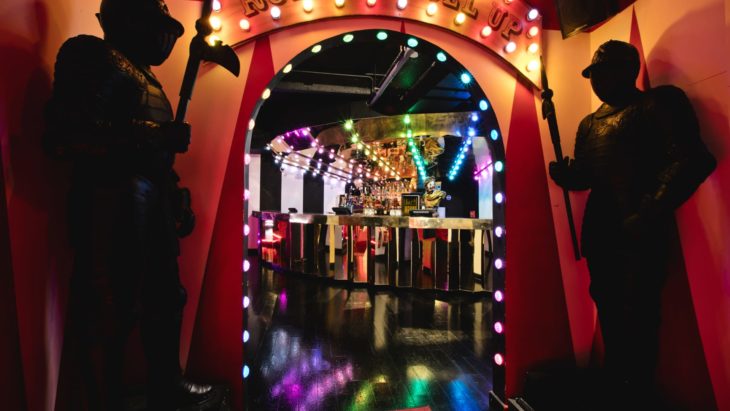 You can’t say you partied in London if you haven’t visited this place. A complete extravagance awaits you. You never know exactly what the evening will look like. Circus artists are a common occurrence, in the form of waiters and other staff. Don’t be surprised if security is costumed, for example. The music is mostly electronic, but there are also RnB nights. Everyone knows that getting on the guestlist in this and other clubs on the list is difficult, but you can check out www.londonnightguide.com if you want to experience what it is like to party at these places. 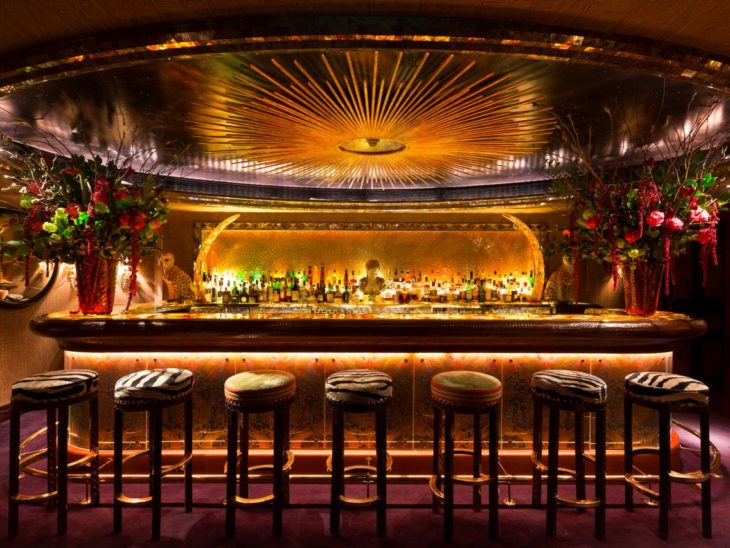 Below we bring you some of the most exclusive private clubs whose members are celebrities from the world of film, music, business and politics. Take a peek with us at otherwise inaccessible members-only clubs. 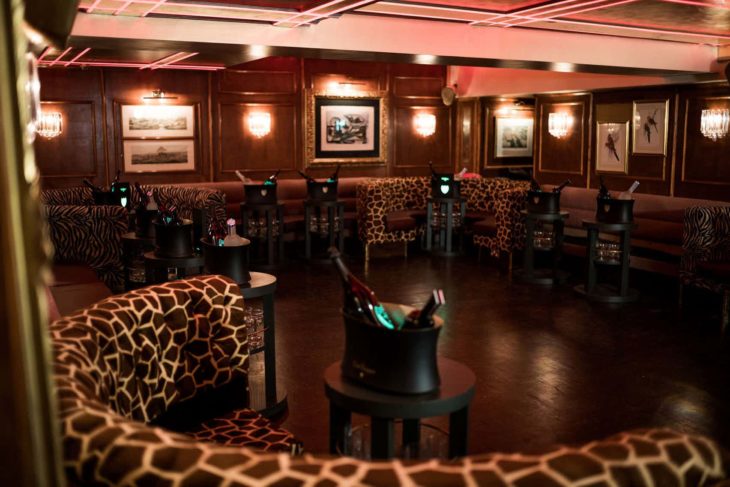 Here Prince Albert’s legacy is evident in the original love letters to Queen Victoria on display, as well as whiskey bottles from the year of Albert’s birth (1819) and his death (1861), which are available at the bar. The interior of this place is filled with the characteristic but somewhat eccentric details of British design that combines contemporary and classic. Made of mahogany wood, offering high quality whiskey and martinis, then a tartan staircase inspired by the Queen’s Balmoral estate, and finally the colorful wallpaper of the famous Colefax & Fowler couple. The menu at Albert’s is traditional, just like the interior, but will satisfy any fine dining fan. Chef Alessio Piras’ signature food can be enjoyed in elegant private dining areas. Visitors to this club will find themselves in the company of celebrities, as well as the most famous names in the world of fashion, music and gastronomy, and among regular guests and as a member of the board of the club is the co-founder of Quintessentially Ben Elliot. 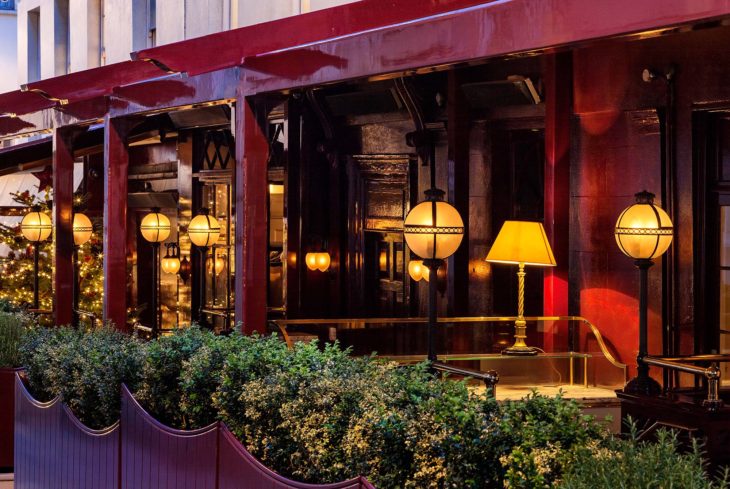 Behind the unmarked chestnut-colored door, in the heart of Shepherd Market in the Mayfair neighborhood, is a real exclusive, luxurious haven. This 18th-century residence features two restaurants, three bars, a cinema, and a glamorous LouLou’s nightclub. In just two years since it opened, 5 Hertford Street has become a sought-after spot for nightly visits frequented by members of the royal family, business tycoons and the Hollywood and London A-list. It was founded by Robin Birley who inherited his elegant club Annabel’s from his father. So it’s no surprise that 5 Hertford Street became a place to be in a very short time. 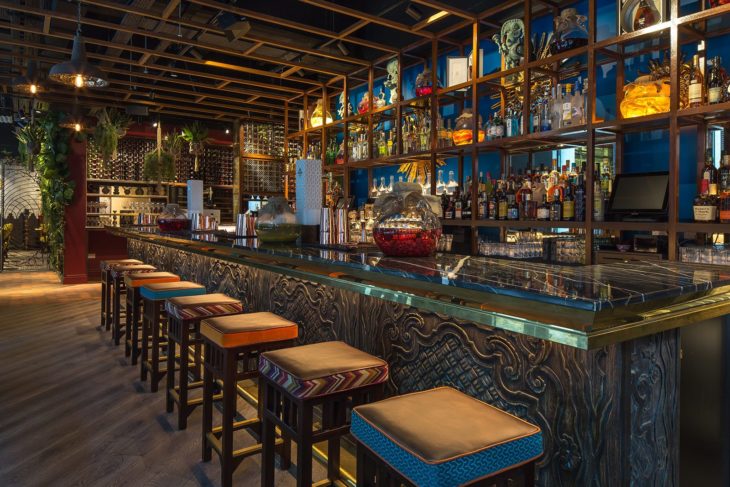 The true spirit of Peru can be felt in Coya, who brings the best of South American culture and food straight to the heart of the Mayfair neighborhood. The founder of this club is Arjun Waney, already known in advance for his other London projects: Zuma and La Petite Maison restaurants and The Arts Club. Coya is an authentic Peruvian space, from furniture all the way to the pisco bar, where you can find a large number of pisco based drinks as well as a large selection of tequila and rum. With three open kitchens, which is the trademark of head chef Sanjay Dwivedi, Coya is one of London’s most exclusive clubs. Many specialties are reserved exclusively for members, as well as separate dining areas, an outdoor terrace, and a separate bar.

These are just some of the countless places that exist. One thing is for sure: a great night out is awaiting for you. There is something for everyone’s taste. So book your table now!

Stylish Trends for Necklaces and Pendants in 2023

The 5 Most Popular Casino Games