Just kidding! There was a slight miscalculation. Men don’t actually think about sex every seven seconds. I always thought that 8,000 sexual thoughts a day seemed like an oppressive estimate.  New research says that men are not the wild, hyper-sexualized beasts science made them out to be. Men’s sexual notions happen more like once every hour. Much more manageable. The study, done at Ohio State University, found that in addition to their sexual thoughts, guys actually think about (gasp!) other things during the course of a day like eating and napping. The men in the study thought about sex an average of 19 times a day with food a close second at 18 times a day, while women thought about sex an average of 10 times a day and food 15 times. 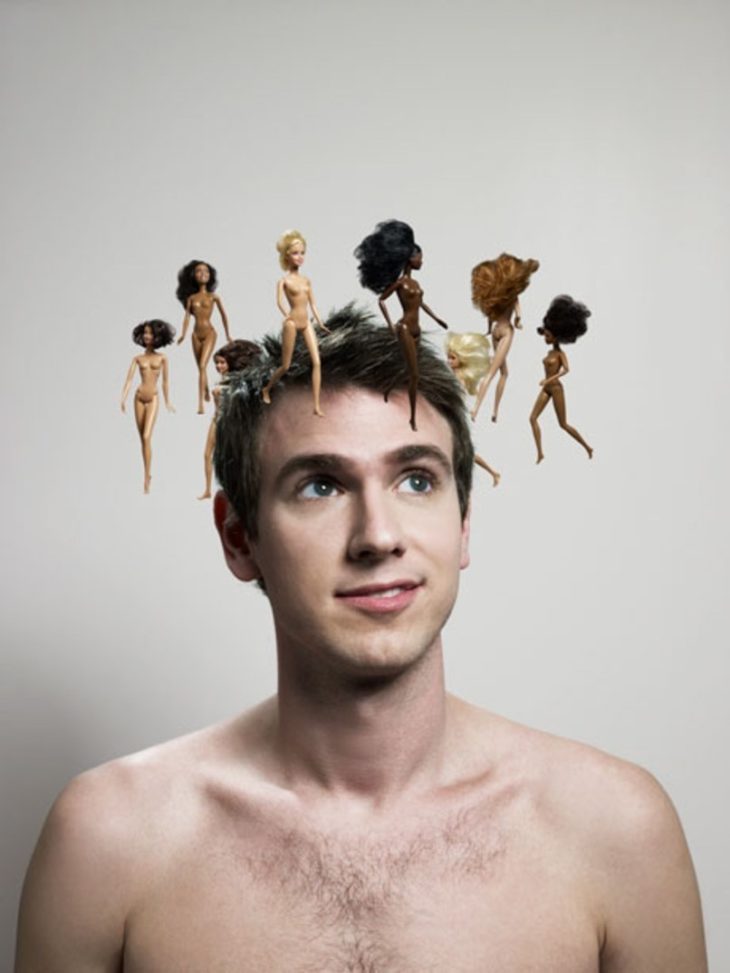 Okay, so on the average men do think about sex slightly more than women do. Not a shocking conclusion. But the interesting thing researchers discovered was that the best predictor of how often a person thought about sex was their comfort with sexuality rather than their gender. Meaning that a woman who was comfortable with the idea of sex would think about it more often than a man who wasn’t. Also meaning that women only think about sex less on average because, as a gender, we are generally more uncomfortable with our sexuality. So it’s social and not necessarily biological. Very interesting. I wonder if the same goes for daily thoughts of food. I just thought about lunch four times while I was writing this. That can’t be normal. [Daily Mail UK]

Are You Disturbed By This Overweight Mannequin?