It’s time for me to come clean: I have a crippling addiction, and it’s starting to get in the way of work.

The problem is, I can’t make myself stop playing Regency Solitaire — a new computer game from Grey Alien, released last month. I finally downloaded it after reading my colleague Leigh Alexander’s glowing review, in which she describes the game as “fresh,” “romantic,” “charming,” and “smart.”

But I am so in love with this little game, I find that no superlatives will do. The painterly art is handsome and winning. The chamber music is pitch-perfect. The writing is, I don’t know, catchy? I haven’t been so helplessly captivated by a game since… uhhh, Kim Kardashian: Hollywood, actually.

At first blush it seems like kind of a stretch, maybe — to liken Regency Solitaire to Kim Kardashian: Hollywood — since the two are very apparently nothing alike. One is a free-to-play time-and-money vacuum for mobile devices, and the other is a card game. 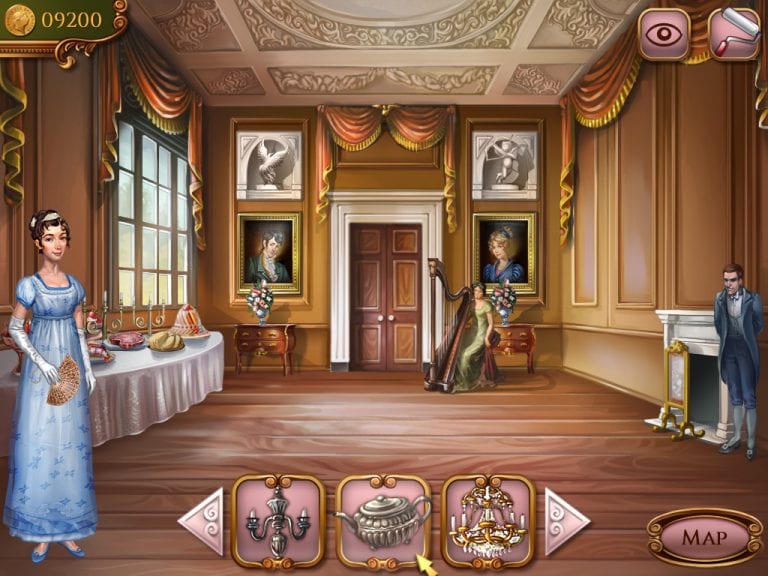 But maybe the two games aren’t so dissimilar after all? Regency Solitaire puts you in the dainty shoes of a Jane Austen-type heroine named Bella, whose self-made rag-to-riches story sees her off in search of both money and love. The trappings of femininity have never been so gleeful: Bella plays dress-up! She collects furnishings for her entertaining-room! And what is a Kardashian nightclub event in Milan, if not the modern-day equivalent of a Victorian ball? (Don’t… don’t actually answer that. It’s supposed to be rhetorical.)

Of course, actual gameplay is where the two games diverge. Regency Solitaire is, above all, a card game — but, because of little innovations like “locks” and “powerups,” this card game requires some strategy. The game is frequently balls-hard (although never altogether frustrating); when you manage to play a “combo” of 15 cards one-after-the-next, you will feel like a total genius.

Did I mention it’s a complete scream? There’s something ineffably hilarious about Regency Solitaire, all while being giddily earnest and straight-faced. In short, it’s this season’s Kim Kardashian: Hollywood.

Regency Solitaire is a $10 download for Windows and Mac. (It’s also available through Steam, where it’ll cost a few bucks less through June 22.)