“Safe Tan” May Just Be An Oxymoron: Spray Tanning Joins The Club

It’s universally acknowledged, if not necessarily heeded, that both tanning by sunlight and by booth can cause skin cancer, and now we’re being warned that something so seemingly innocuous as a spray tan could very well be our next death wish. Is there any safe way to get a tan anymore? Not so, if a new study conducted at the University of Pennsylvania is any indicator. When DHA, the chemical ingredient that serves to darken skin, was approved by the FDA in the seventies, it was only intended to be used as an ingredient in topical tanning creams. The problem arises when, as the chemical is dispersed into the air, it also enters the lungs by way of breathing.

Dr. Rey Panettieri, a toxicologist and lung specialist at the university’s Perelman School of Medicine, came forward with the results this week, and voiced his own caused for concern. “The deposition of the tanning agents into the lungs could really facilitate or aid systemic absorption — that is, getting into the bloodstream,” he said. “These compounds in some cells could actually promote the development of cancers or malignancies, and if that’s the case, then we need to be wary of them.” The FDA piggybacked on the troubling correlation the study found, indicating that, indeed, “the use of DHA as an all-over spray has not been approved.” 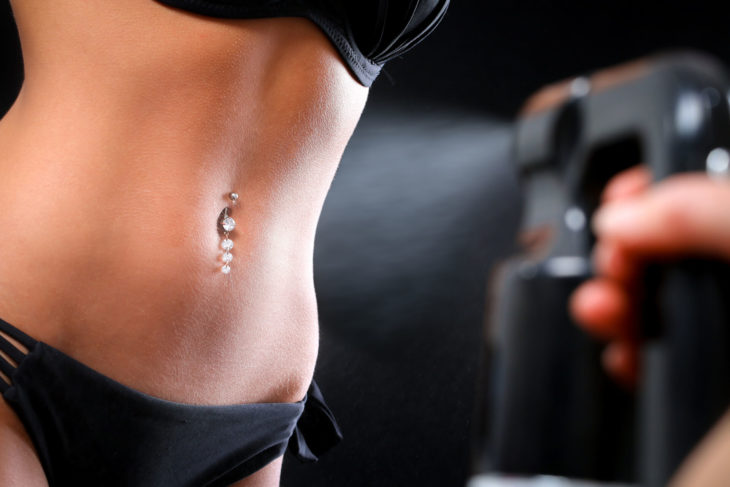 As the data was collected from cells and organisms, not animal subjects, further research is underway in an effort to seek more conclusive results. In the meantime, I’d err on the safe side: tanning creams are still okay, but it’s beginning to sound more and more like we should all just embrace our natural skin tones and leave the cancerous aftereffects to, say, Tanning Mom. As for Snooki, she’s about to have a child, so let’s pray she’s been laying off the aerosol. [NYMag, Good Morning America]

Why is The Trampoline a Great Gift for Your Children

8 Tips For Moving In Together