Almost everyone thinks they are familiar with sumo as they’ve seen it on TV once or twice before. In most cases and for most people, the initial thought is of a bunch of large, chubby dudes constantly running into each other. However, the truth is that everyone can wrestle (fat people are just a cliche). Most observers of sumo wrestling fail to grasp its underlying complexity. In the hopes that you may be intrigued enough to check out a live sumo match, you should check out some interesting things and facts about the sport. Sumo has been around for a very long time compared to the emergence of most other modern sports. 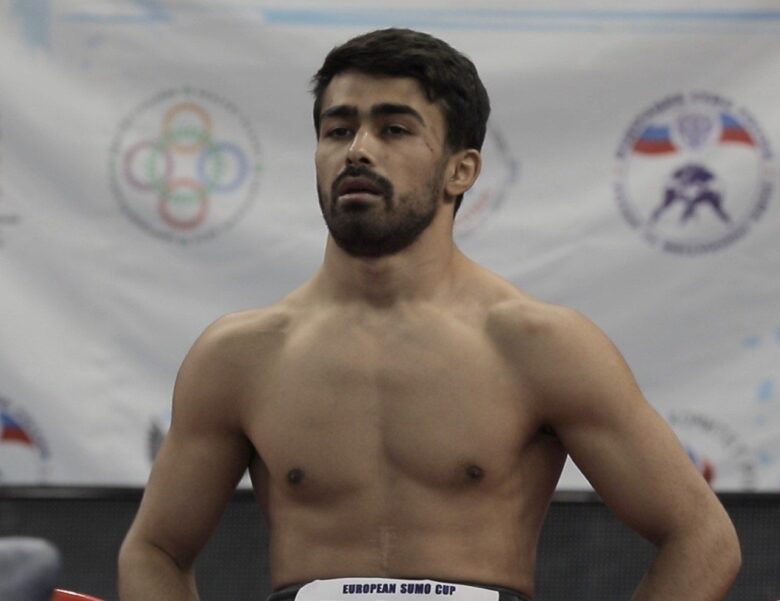 We’re talking about a time frame of roughly 1,500 years.  One fighter that will take you on his journey is Salovati Saidzoda, keep on reading and understand his story! 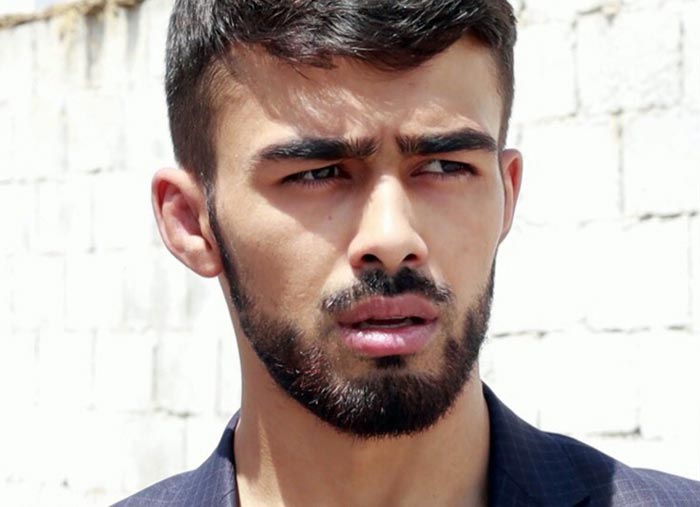 For starters, he is a two-time European champion, sumo, and sambo expert who has a taekwondo black belt! Salovati Saidzoda has over 71,000 Instagram followers, and his videos have been viewed millions of times on TikTok. He has gained a ton of recognition and love all throughout social media, as his skills seem to amaze a ton of people. One thing that he loves to outline about himself & the number one reason why he’s so successful is due to his discipline.

He knows that you can’t binge on candy, can’t party till dawn, and can’t justify skipping your workouts by saying that you need to rest, or by going to a party. The next important thing is strategy, as it is with any sport. The importance of making your own environment as pleasant as possible cannot be overstated.

On the other hand, the discipline so prevalent in athletics will ensure that you see things through to the end, never give up, and aren’t intimidated by the challenge. Although quite young, he is more than aware of his possibilities and accomplishments, which is why we thought about chatting with him to give us even more updates!

An interview with Salovati: a champion approach toward life + new plans & projects

Salovati, what are you doing today? 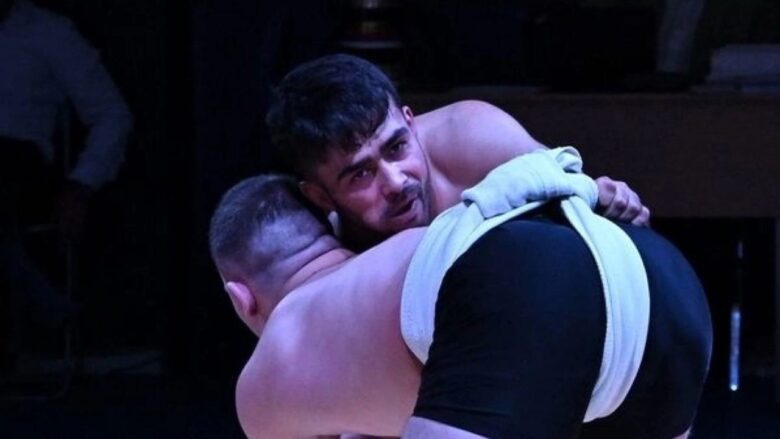 Now I’m working on a project on Instagram, where I blog about sports. The goal is training and motivation for martial arts. Many compatriots subscribed to me. Glad to teach and benefit in this way. The plan is to increase the number of educational videos on the channel, as well as to spread a healthy lifestyle among its Tajik subscribers, and in the whole world.

How did you start your sports career?

At first I did WT taekwondo, I reached the black belt, so, basically, I’m a drummer, and then a wrestler. In general, martial arts such as wushu (kung fu), karate and taekwondo were originally my favorite sports.

At the school where I studied, there was a taekwondo (BT) section, where I started going from the age of 9.

At an older age, he became interested in wrestling. In the sports school “Borets”, where the director was 3-time world sambo champion Igor Kurinnoy, since then he began to develop in sambo and sumo wrestling.

In 2014 I made my debut in sumo. In the same year, he became one of the winners of the Russian championship in Izhevsk. In 2015, for the first time, he became the winner of the European Sumo Championship. And since 2017, he began to practice the Olympic sport of karate

What is it about sumo wrestling that fascinates you so much? 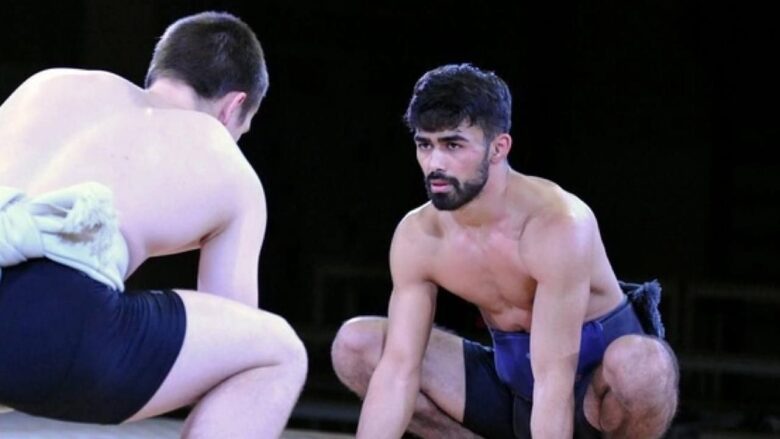 For me, sumo is a very convenient sport in the sense that I can emerge victorious from a fight in a few seconds without spending a lot of energy. And this is a very important factor for me, since the structure of my body is predisposed to a fast and strong fight, which, to some extent, due to the prevailing sumo rules, is an advantage for me.

In sumo, mass does not play a major role. So agility, technique, and speed can be the key to victory over any major opponent.

For example, my younger brother Shomili became the first at the last European Championship in Bulgaria, defeating 150- and even 160-kilogram opponents – despite the fact that he was the lightest of the participants and weighed less than 70 kg.

In general, those involved in this sport will find a lot of interesting and useful things for themselves.

Why are you blogging?

For me, a blog is also a motivation. I shoot training videos, show the techniques of percussion technique – both with my feet and with my hands. I have a fairly large audience on social networks.

I try to learn new things all the time in order to teach them & others. When I receive feedback from viewers, it inspires me to make even more interesting content. 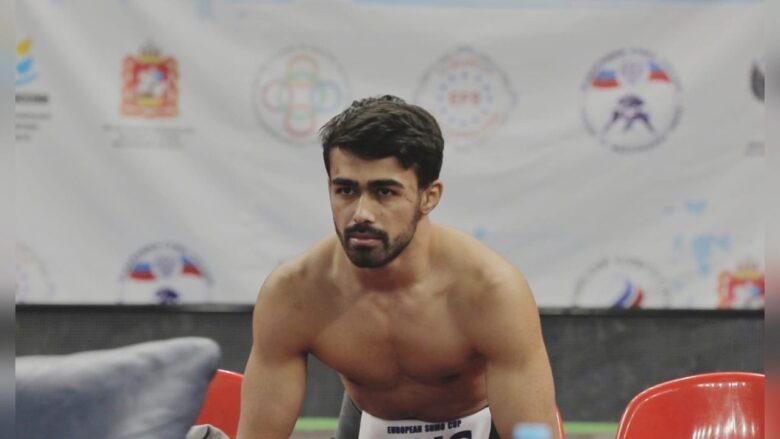 You probably know that wrestlers have a reputation for being extremely overweight, so it’s natural to imagine they indulge in a hedonistic lifestyle when they’re not training. However, the keyword is balance & stability. In the sumo beya, or’stable,’ the wrestlers eat, train, and sleep for the duration of their careers, with the exception of when they get married and are allowed to move into their own home. The stables typically house 15 wrestlers and are organized in a rigid order. The history of this sport is so wild & different when compared to everything rest. Another different contribution & factor is that younger, less seasoned wrestlers in sumo are routinely hazed and physically punished to toughen them up. This allows them & pushes them to grow up a lot faster.

Sumo champions exhibit not only exceptional physical strength but also a strong will and sharp mind. The physical stature of a person is never a plus. In fact & nowadays – less is more! To take advantage of your opponent’s weaknesses, you must outthink and outplay him, which is why you have to be quick and swift on your feet (mobile). You can mix and mash a ton of different sports & skills in order to win, such as taekwondo, sambo, and freestyle wrestling to develop these skills.

The athletes gained the upper hand in combat by developing their power and speed through training in taekwondo and karate, both of which include hitting with the hands and feet. Nowadays, going to different classes & combating different skills is more than recommended.

3. The impact of women with this type of sport

Despite the unfortunate fact that men’s sports are always more popular than women’s, there aren’t many sports in which women are officially more dominant (with the possible exception of beach volleyball).

One of them, though, is sumo. Did you know that the Sumo Association prevents women from ever entering the sumo ring because it would be a violation of the ring’s holiness?! This can vary across the world & based on club regulations, but the original idea didn’t include women.

Female sumo was performed in several locations in Japan as early as the 18th century, indicating that the sport was not always hostile to women.

Most of the time, this was just for fun, but in other parts of Japan, female sumo wrestlers played an important role in Shinto rites. Any setting other than an amateur one is now prohibited.

In the end, do you feel empowered and eager to give it a go? Do you want to get fit or get some professional tips & tricks from a proper wrestler? You can learn quite a lot just by looking at online videos & tutorials. Ready to give it a go?

How To Become A Professional Sports Bettor

10 Ways to Relax and Relieve Stress