Back in 2000, Jessica Biel, then starring as eldest daughter Mary Camden on TV’s “7th Heaven”, made waves by appearing on the cover of men’s magazine Gear in just a pair of panties, with her arm draped across her bare chest, covering her nipples. Given the “family-friendly” tenor of the religious-leaning show, this magazine spread was a big ol’ controversy at the time, including amongst the show’s producers and cast. And among those weighing in on the racy spread was none other than Biel’s TV dad, Stephen Collins, who had this to say:

“The press has gotten Jessica Biel’s age wrong in their recent stories about her. She’s not 18, as has been widely reported. She’s 17, a minor … Jessica’s photo spread was child pornography. I don’t want my kid to get the message that that’s okay.” 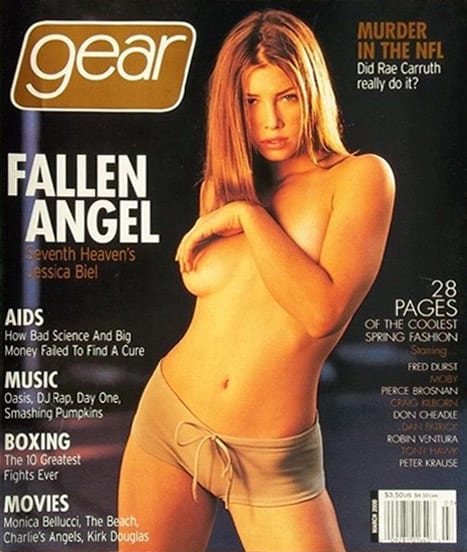 In light of Collins’ taped admission that he molested and/or exposed himself to multiple tween and teenage girls, these remarks about Biel’s Gear spread, frankly, take on a whole new and exceedingly creepy meaning. Yuck yuck yuck. [2 Paragraphs]

True Story: How To Reclaim Your Sex Life...