From Marketing Manager to Fielding the Weirdest Requests on OnlyFans: Stories from an OnlyFans Creator

After losing her job due to COVID, Valentina Victoria didn’t just sit at home licking her wounds. She got to work building a YouTube and OnlyFans empire.

The COVID-19 pandemic changes Valentina Victoria’s life completely, in more ways than one. At the beginning of 2020, Valentina lived a rather pedestrian existence as a marketing manager for a jewelry company. When the pandemic hit, the company where Valentina was working shuttered, and she lost her job. Shortly after, the whole world went into lockdown. Valentina took an unconventional route towards making ends meet, a true casualty of the shutdown like millions of others.

Valentina was accustomed to making things work. Moving from Russia to the US as a teenager, Valentina learned English from television, books, and magazines within a year. She became fluent quickly, leveraging that adaptability so often found in immigrants. 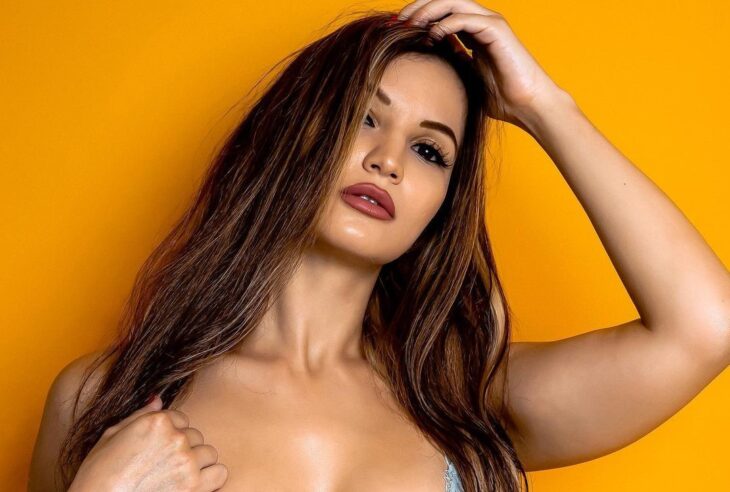 Down but not out after losing her job, Valentina brainstormed on how to still make a living with everything shut down. She decided to start a YouTube channel. Her expectations were low as she started off making fashion try-on videos. “Frankly, I had nothing else to do,” says Valentina, “It was just to take my mind off things.” The channel that began as a distraction soon began to attract unexpected attention.

Much to her surprise, the channel took off. It grew quickly and currently has 629,000 subscribers. Some of her most popular videos, such as one where she stretches wearing ankle weights or models a sexy secretary outfit, have garnered nearly 10 million views apiece.

Valentina credits her channel’s popularity to her unique approach to posing. Where most social media models will model standing up, Valentia plunks herself on the floor. That simple movement sets her apart. She told RitzHerald ““My channel didn’t really take off until I posted a video modeling some of my favorite dresses while sitting on the floor. I have never seen any other model or brand model dresses in that way, and neither did my subscribers.”

One of those faithful followers suggested that Valentina may do well on OnlyFans. Coming from a conservative background, she was initially hesitant to branch out to OnlyFans, a subscription-only platform known for explicit content. Recently in the news for trying to ban content considered “porn” from its site, it backtracked on that threat following an outcry from creators like Valentina. OnlyFans has flipped the script on adult-orientated content, putting power in the hands of the creators. This power allows creators like Valentina to make original content that targets specific audiences and speaks to their strengths. These audiences pay the creators back in subscriptions and engagement with the content they like. 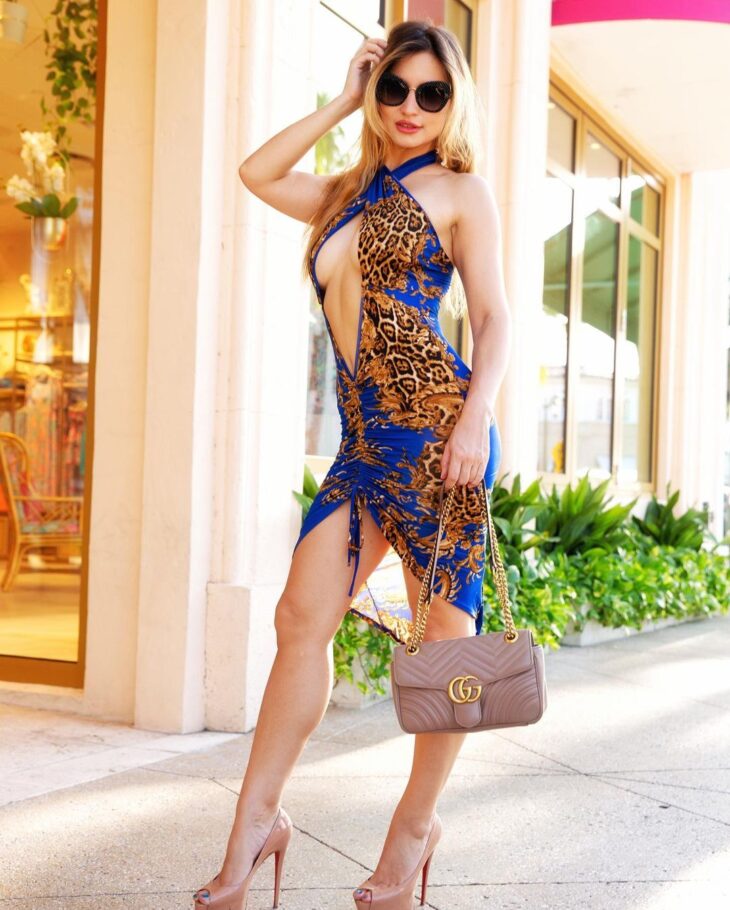 “The pandemic pushed me beyond my limits,” said Valentina. Feeling she had nothing to lose, she started her OnlyFans account, and it blew up in short order, just like her YouTube account. Now, she makes more in a month than she brought in over a year as a jewelry company marketing manager.

“(Covid) shaped my life in a way I never thought possible,” says Valentina, “I know that if pandemic did not happen, I would have never become YouTube famous and definitely would never do OnlyFans.” The OnlyFans and YouTube popularity has opened up doors for Valentina that she never dared to dream of before, including brand endorsements and financial freedom she could have never experienced had she still had her marketing manager position.

Along with her strong following on YouTube and OnlyFans, she has amassed 750,000 subscribers on TikTok and 43,000 followers on Instagram. These numbers have opened up her accounts to fielding requests for brand endorsements.

Valentina shows off beautiful lingerie for a little over eight dollars a month and takes suggestions on explicit content subscribers want to see. This can lead to some rather….interesting requests.

Valentina was more than happy to share when asked what some of the strangest requests she’s fielded through her OnlyFans account. Because OnlyFans gives creators unprecedented control over their content, she doesn’t feel compelled to do whatever people ask of her. The boundaries maintained remain under the control of Valentina and Valentina alone. 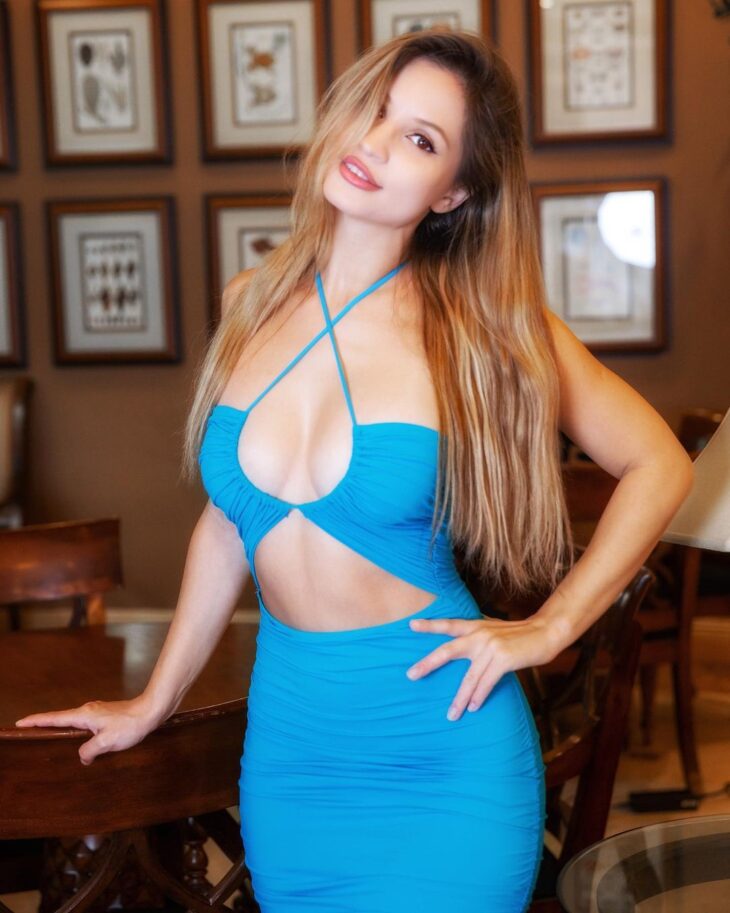 Some of the more outlandish suggestions include:

– A request for twerking lessons

– Someone requested a picture of her empty panty drawer. “Which was essentially just a picture of a drawer!” Valentina said with a laugh.

– A request to suck her own toes

– A request to shave and then lick her armpits clean (to which Valentina replied with a simple “Gross.” )

– A subscriber who begged her to pretend she was his mother

– A request to sit naked on a yoga mat and laugh

Valentina doesn’t intend to stop making her living through YouTube and OnlyFans any time soon. Her newfound success is allowing her to dream bigger. She’s hoping to filter some of her newly acquired wealth and love for animals into an animal charity.

Valentina has come into her own on her accounts and has amassed a loyal following of subscribers and fans who love her fashion try-ons as much as they love her more adult-orientated content. Valentina continues to curate content that subscribers and followers love and expect from her.

The occasional odd request doesn’t phase Valentina, and she looks forward to continuing to grow her brand and harness control of her business and her financial future. Valentina is a person who has decided to turn a major negative, losing her job amid an unprecedented global pandemic, into a massive positive.