Students As Relocation Helpers: The Advantages

Germany is a true nation of tenants – after all, there is hardly a country in the rest of Europe where more people live in a rented apartment or house than in this country. As a result, Germans are generally extremely flexible when it comes to where they live. A side effect of this is that people in the Federal Republic move relatively frequently.

Many tenants are therefore very familiar with the situation of a move and the associated challenges. One of the most important questions to be answered with regard to the upcoming change of residence is whether the move should be carried out with the help of a professional moving company or on one’s own. In principle, specific advantages and disadvantages can be identified for both options.

Unknown to many consumers, however, is the fact that there is also a kind of intermediate solution to this question. This consists of engaging students as removal helpers. This can be done in a particularly simple and uncomplicated manner, for example, via the Studiwork.com platform.

The following article takes a closer look at the individual options that can be considered for an upcoming move and shows why it is particularly advisable to use students as hard-working helpers. 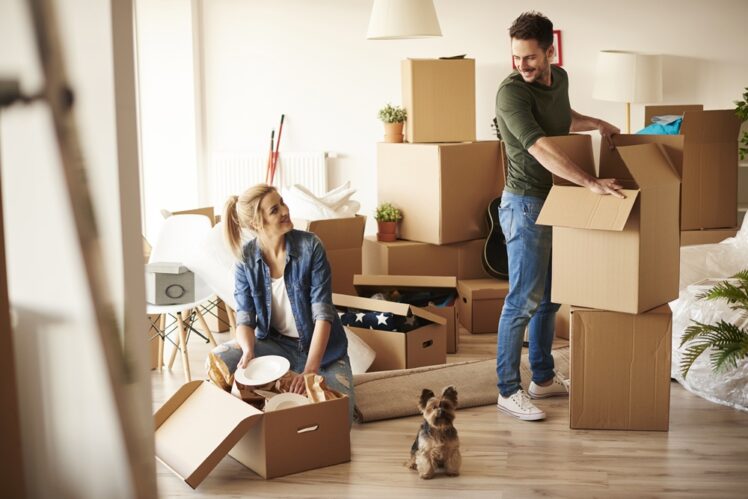 The private move on one’s own

When it comes to moving into a new apartment, the undisputed classic in Germany is to ask acquaintances, family members and friends to help with the move and thus to sweat, drag and screw. In return, little more can usually be offered than cool drinks, sandwiches or an order from the pizza delivery service.

Although this scenario may not be too much fun for the private removal helpers, as they would certainly prefer to devote their free time to other activities, the people moving benefit from the fact that they could hardly realize their change of residence in a financially more favorable way. Not to be neglected, of course, is that the sense of community and togetherness is greatly strengthened by a move – at least once the work has been successfully completed.

Nevertheless, it should not be despised in this connection that also a removal with private aids can be realized by no means at the zero tariff. Money must be invested so for example into the food supply of the aids. Besides friends and family members naturally assume that with their next own removal accordingly is returned.

Moreover, there is no guarantee that all the helpers who have promised their services in advance will actually show up on the agreed date at the agreed time. The entire removal project can quickly falter if several helpers drop out at short notice.

Furthermore, only a few people who are moving are lucky enough to have professional craftsmen among their friends and relatives. For this reason, they are generally not allowed to connect or disconnect electrical appliances, for example – especially if they are operated with high voltage current.

The professional move with a service provider

At first glance, the idea sounds extremely tempting: simply hire a professional service provider for the move, so that the change of residence is completely relaxed and comfortable – you don’t even have to be hands-on. As a rule, the company’s fitters have an extremely wide range of experience in their field, so that all activities are carried out efficiently and professionally.

Another advantage of hiring a professional moving company is that they are able to carry out even the most demanding tasks, both when moving in and when moving out. These include, for example, the connection of devices that are operated with high voltage current. Likewise, it should not be neglected that the service providers are comprehensively insured against any damage they may cause to the inventory. Of course, in most cases this is not the case with friends and family members.

Nevertheless, to deal with the upcoming move with a professional service provider for the change of apartment has its price. It is so especially compared to the move on their own a much higher financial investment is necessary. The prices that a moving company charges for its services consist not only of the wages of the movers, but also of the transportation costs of the moving goods, and in many cases also of the costs for the packing material and the boxes. The costs are even higher if the company is also entrusted with the assembly and disassembly of the furniture.

For this reason, the final decision in favor of a professional moving company should never be made before a careful comparison of several offers has been made. 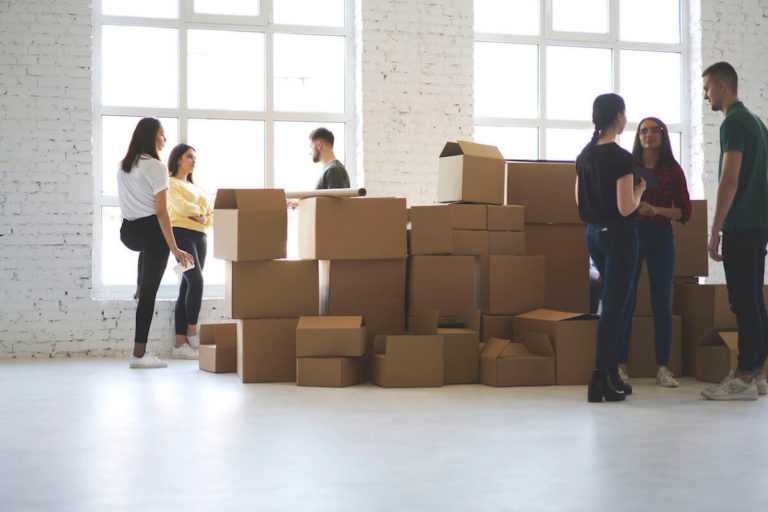 When it comes to organizing their upcoming move, however, many movers neglect the option of moving with the assistance of student helpers. In this case, it can be ordered that the students carry out the move completely alone, as well as that they work together with the other private helpers from the circle of friends and acquaintances.

This variant shows itself so among other things as particularly practical, if one of the originally planned aids is suddenly prevented. In addition, the student support offers the possibility to spare at least some family members and friends from the exhausting removal work.

Nowadays, some extremely helpful platforms can be found on the Internet for this purpose, which ensure that the suitable student removal helpers can be found extremely flexibly and reliably.

If the costs associated with this solution are compared with those of a professional moving service provider, it quickly becomes clear what immense cost-saving potential it offers. On average, the hourly wage of students for moving help is only between ten and 15 euros.

It should also be emphasized that many of the student helpers, who are represented on the corresponding platforms, have already been able to gain a lot of valuable experience with the moves over the course of time. They therefore know exactly where they need to tackle and may even be able to provide the movers with valuable tips on how to organize the move even more optimally. Regardless of what tasks and requirements the upcoming move may entail, students can perform many of them, whether it’s driving the moving van, setting up the no-stopping zone or renovating the old apartment. Thus, they can be used for a long time not only for hauling the moving boxes.

Of course, the final decision on how to move always lies with the movers themselves. The decisive factors in this regard are above all the available budget and the size of the household. However, the possibility of hiring students as moving helpers proves to be an extremely valuable interim solution that can save both a lot of money and a lot of work.