Technology Improvements in the Hydroponics Sector

A brief look into the history of hydroponics shows that it isn’t an entirely new concept. While the term may have been first used in the 20th century, the concept of growing plants in water (that’s what the hydro stands for) stretches back to the 17th century at least. So while the method of cultivating plants without the aid of soil is not recent, the technology to improve it certainly is.

Hydroponics, as its name suggests, relies on water. That liquid will be infused with all the needed nutrients that a plant needs to grow. This is an effective way of growing for a number of reasons, including:

Hydroponics, then, is a method that can be taken advantage by not just apartment dwellers but many sectors as well. It even had its use during the Second World War when the method was put to use to feed soldiers. Even today, many other fields are taking advantage of what hydroponics can provide: a steady supply of food.

NASA, for instance, has a plan to send humans to Mars. That journey alone takes years – a little over two years to be exact. Providing that much food for the intended amount of time can take up a lot of weight. So scientists are looking for a way for astronauts to grow food and the method they are looking into is hydroponics. So far, attempts to grow plants aboard the International Space Station have been successful; the first experiment involved growing red romaine lettuce. 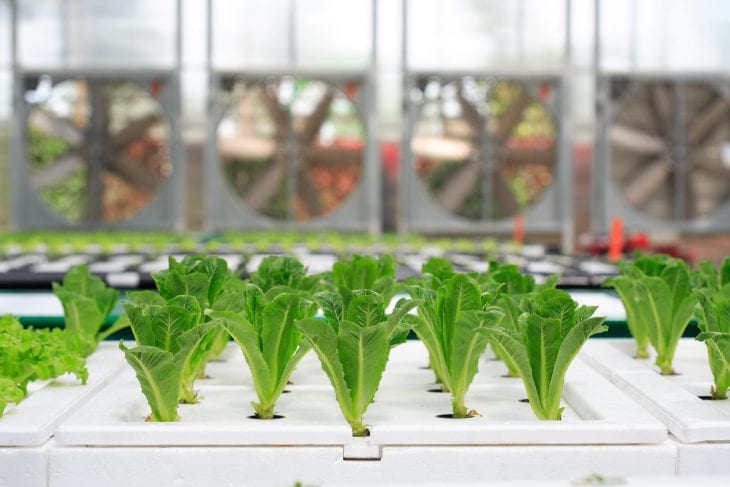 While some domestic growers have taken advantage of the plant-growing method, it is making an impact in commercial food production. The world’s population is constantly growing and means need to be found to feed a large population.

Many are looking towards hydroponics and indeed some commercial growers are already using the method. To cater to their needs, there are companies like Agron which provide a large inventory of products and tools that make hydroponic cultivation a more efficient process. More demand will definitely mean looking for ways to improve the process, and that isn’t the sole responsibility of agricultural companies; technology has to come into the picture as well.

Improvements in technology will only make hydroponic farming better. There have been many innovations over the years that have helped enhance the process.

Hydroponics is one way of producing more food in less amount of time. With a growing population, methods need to be found to make more food in a short time. Hydroponics seems to have the answer and technological improvements will only help it become more efficient at what it already does.

Credit Card Debt: Why Many People Succumb to Temptation