The Frisky Debates: Is Savory Oatmeal The Worst?

Gothamist ran a roundup of savory oatmeal dishes around New York City, which sparked an intense debate in the Frisky chat room. Is savory oatmeal a scourge or a blessing? We’ve weighed in… and agreed to completely disagree.

I think the problem people have with savory oatmeal is that Americans are so accustomed to cereal being sweet that they can’t conceptualize oatmeal as savory in the first place, and reject it out of hand. I subscribed to this line of thinking for a while myself, but I changed my mind while I was living with my sister’s family for a month — my brother-in-law is from Iraq, and he has about a million different ways of eating unsweetened yogurt, one of which is to salt it and eat it with rice.

It’s not that I’m a savory yogurt devotee, but it opened my eyes to the possibility that anything could be made deliciously savory if I was willing to be creative and try it. I struggle with sugar addiction, and I’ve learned that that means that I really cannot mess around with sugar. I can, however, mess around with salt — and I’ve found a new safe haven in salt shops like The Meadow in Portland, where I can find chili salts, citrus salts, truffle salts, floral salts; salts from every corner of the globe that I can experiment with in these new savory dishes. What I’m saying is: Devote yourself to new salts the way you might devote yourself to finding great new coffee roasts and wine pairings, and a whole new culinary world will open itself to you. I cook my oatmeal with lemon salt, for example. 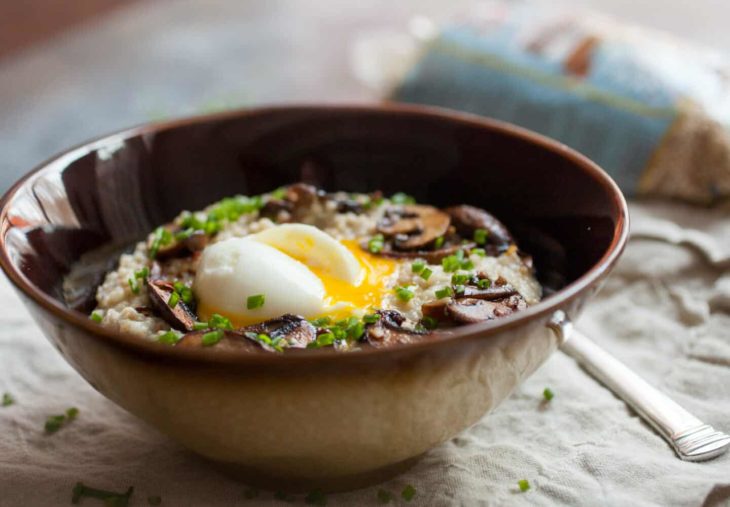 I have my own super secret recipe for savory oats that I’m not willing to share, but I will tell you that it is not entirely dissimilar from this Baked Oatmeal Skillet from Reclaiming Provincial (pictured above), which I recommend heartily.

While my colleague makes excellent points about Americans’ antiquated notions that all breakfast foods should be tooth-achingly sweet, I respectfully beg to differ. My rejection of savory oatmeal isn’t because I have a crippling addiction to Reese’s Peanut Butter Puff Cereal with extra sugar. It’s because savory oatmeal’s texture is repellent to me. Oatmeal in general has a texture that, if you have texture issues (I don’t), is bad. Make that sweet, and it’s slightly better. It makes sense. But, if you swapped out the brown sugar for grated Parmesan and added a drizzle of olive oil on top, like Rachel Ray, the bowl of food in front of you is no longer something warming and vaguely comforting to eat when you have time in the morning — it’s a bowl of something sinister with the texture of fresh vomit.

Savory oatmeal as a concept lies squarely between overnight oats and bananas (why should a fruit be “creamy?”) on the revulsion scale. I gladly enjoy the savory and sweet versions of rice-based mush, from congee to rice pudding. I love grits. But, if someone made a little pile of polenta that had sugar in it, and maybe a swirl of, I don’t know, maple syrup, I would l slap the bowl to the ground. 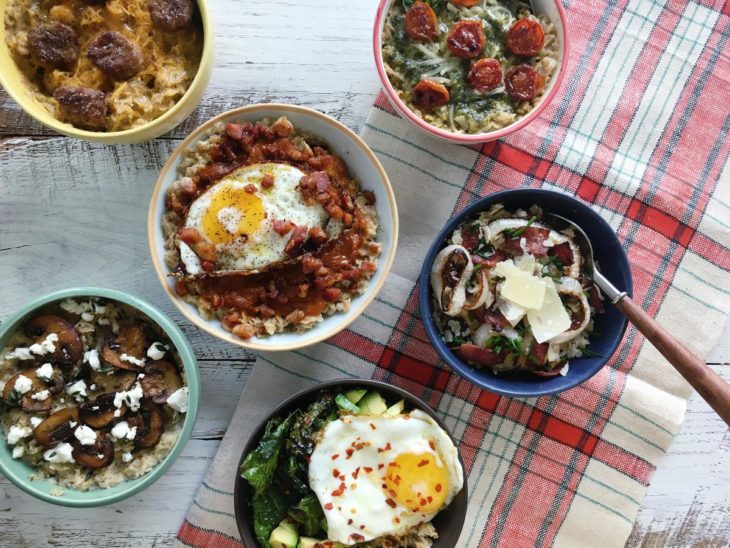 Breakfast cereals should be neither sweet or savory; honestly, they should be eliminated completely. Breakfast should be a cigarette and a coffee and a yogurt eaten in haste as you get dressed. Breakfast should be some almond butter smeared on half a pear. Breakfast should — and could! — be a packet of oatmeal dumped into a bowl and mushed about with hot water, eaten to simulate the fact that you’re being healthy. Eat all the oatmeal you want, however you want it, but the minute you add bacon fat and milk to some oats in a pan, you’ve gone too far.

Savory oatmeal feels like an invention deep from the bowels of Pinterest — some sort of weird food hack dreamt up by mommy bloggers who want to somehow make their kids eat more grains by adding bacon and cheddar cheese, then pushing it under their noses and taking pictures for Instagram. Get that money, there’s no shame in that game. Just keep your savory oatmeal out of my face.

How to Find the Best Low-Cost Décor for Your Home