The Gucci Spirit – Beyond The Brand

A name that is known all over the world, a logo recognizable between thousands, the Gucci identity is present in all strata of fashion and beauty for more than 90 years! A brand and a style that has seduced the greats of this world and that is evolving from year to year, gradually approaching a youth that attracts with resolutely contemporary collections.

The story begins in 1881 with the birth of Guccio Gucci in Florence, son of a leather goods artist. After a childhood spent in Italy, a few years followed, where he spent his youth between Paris and London, working in large hotels where he had the opportunity to marvel at the luggage works of the wealthiest customers. Back in his native Tuscany in 1920, he opened a shop for luggage and leather goods, thus transmitting what he had discovered during his travels through an already very personal perspective. 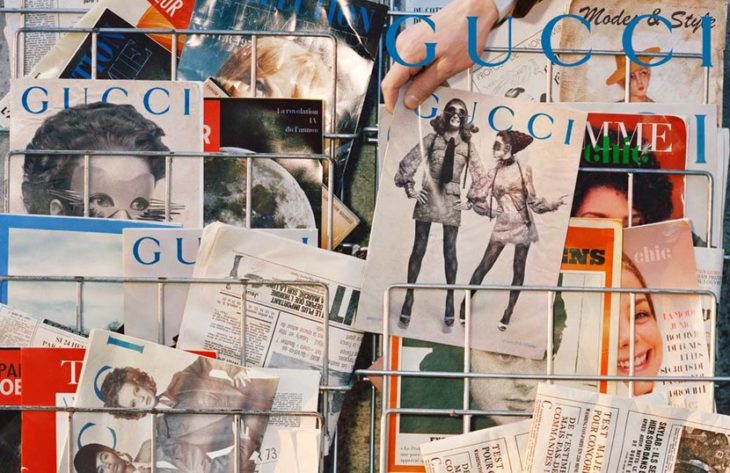 Surviving the war, using cunning and imagination to overcome the cruel lack of raw materials, the company prospered until Guccio Gucci’s death in 1953. Then taken over by its four sons, the Guccio brand saw the birth of one of its most iconic symbols, the green-red-green band inspired by riding saddle straps. The prosperous years of the glorious thirty years brought the brand to its peak until the greats of its world quickly elected it. Some models were born from crazy requests such as Jackie Kennedy‘s Jackie O bag or the Flora scarf made especially for Grace Kelly. Icons that have helped to make the brand the one we know today. A symbol of Italian luxury exported all over the world.

Never stop innovating; these are the keys to success in the fashion industry. Never stagnate, and dare to be different, create a brand’s personal universe. What Gucci has understood well, and has broken the codes of luxury fashion. His careful and relevant campaigns have allowed him to create a world completely unique, which has allowed him to sell products better. Indeed, Gucci has succeeded in incorporating a personality, a meaning, into his clothes. Proof of this is the Autumn-Winter 2017/2018 campaign, which benefited from photomontage inspired by the Star-Trek series and films, or the spring-summer 2018 campaign, which were digitally painted by the Spanish-born artist, Ignasi Montreal. Original choices, especially when you consider that most of the major luxury brands always use the same renowned photographers.

The Italian label has also succeeded in including in its works representations and feelings that can be found in real life. The brand has achieved in desecrating the image of luxury, and in making it (in its representation in any case) more accessible and close to everyone, instead of keeping the customer away with inaccessible images, representing only one range of customers. 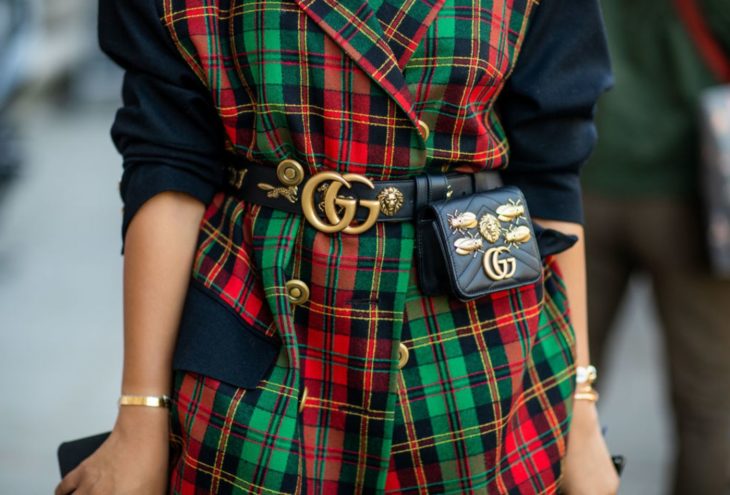 Despite a rather charged, heavy style, the brand shines through its acute sense of detail. A sense of detail that has allowed the brand to diversify. Indeed, Alessandro Michele gives a lot of importance to accessories, which he has made more and more numerous and varied. Ribbons, tap shoes, socks, turban, and even rings, by offering all this, Gucci has found a way to stabilize its revenues, mainly since 2016, leather goods products represented 55% of general sales.

A diversification that even goes through digital. An area in which Gucci could render obsolete its competitors. As proof, an Instagram live show dating from November 2017, held by Alessandro Michele in person, and where he is seen addressing the world-renowned actor, Jared Leto. A communication and marketing strategy that has been tried and tested, and ultimately mastered, just like the announcement made by the artistic director when he said he wanted to stop the use of animal furs in his collections (a subject that is controversial in the fashion microcosm). A domain that has even inspired many. Like the young rapper Lil Pump and his music, now a hymn, Gucci Gang, which has been seen over 500 million times.

If you want to buy an item signed Gucci, you can visit https://www.b-exit.com/gucci/ .

How To Train Your Dog To Be Kid Friendly