The List Of The Divorced Royals Including Prince Charles and Princess Diana, Prince Andrew and Duchess Sarah And Others

Divorce is never easy. Even members of the royal family don’t find it pleasant. Back in 1936, King Edward VIII stepped down from the British throne because he wanted to marry Wallis Simpson, a twice divorced American. Right before Prince Harry and Meghan Markle’s wedding, an associate professor of history at Boston University talked about this subject, saying: „Historically the Church of England’s position was that divorce was OK, but remarriage was not.“

Queen Elizabeth II’s younger sister, Princess Margaret, was forced not to accept a proposal from Group Captain Peter Townsend because he was married to Cecil Rosemary Pratt before. The Princess ended up married to Antony Armstrong-Jones, and after 18 years of marriage and two children together, they got divorced.

As far as the topic of divorce is concerned, the royal families have changed their ways of dealing with it. In 1992, Prince Charles and Princess Diana got separated, and allegedly Queen Elizabeth II was the one who urged them to divorce in 1996. There are other royals who also got divorced, and some of them even remarried. Let’s find out which royal couples ended their marriage. 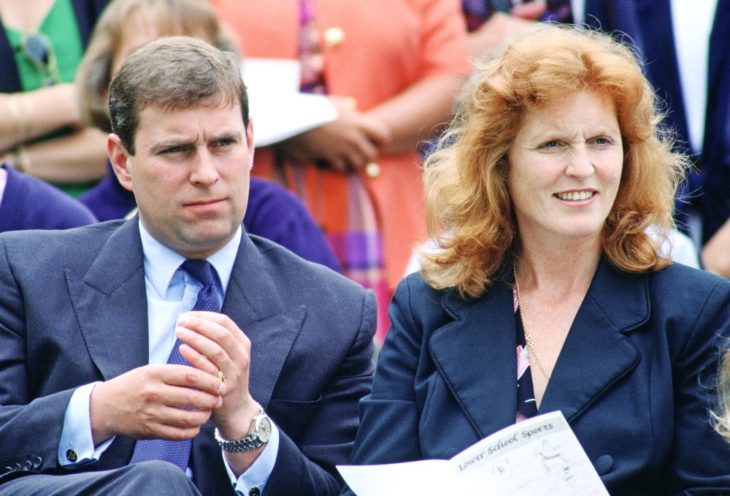 The 10-year-old marriage between Prince Andrew and Sarah Ferguson lasted from 1986 to 1996. Andrew spent a lot of time abroad as a helicopter pilot in the Royal Navy. Ferguson talked about that period during her 2007 Harper’s Bazaar interview, saying: „I married my boy, who happened to be a prince and a sailor, because I loved him — my only condition being, ‘I have to be with you.’ And two weeks after the wedding, the courtiers told Andrew, who thought he’d be stationed in London, ‘You have to go to sea.’ I spent my entire first pregnancy alone. When Beatrice was born, Andrew got 10 days of shore leave and when he left I cried.“ The two of them stayed close after the divorce. Ferguson even moved into his royal residence. Many believed that they will reconcile, since in August 2013 and in April 2019 there were rumors about it. Ferguson’s spokesperson explained that the pair „remain good friends as they have been for many years and nothing has changed.“ 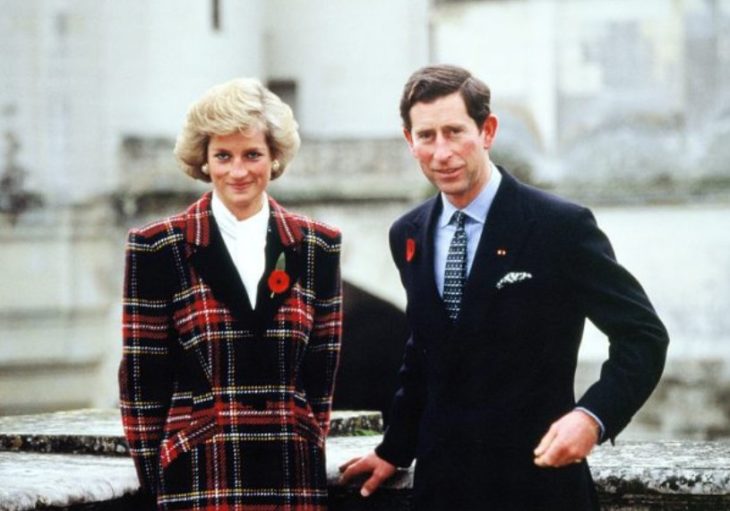 On 29th July, 1981, Prince Charles and Princess Diana got married. Prince Philip, Charles’ father, pressured him to marry Lady Diana. The couple didn’t get to know each other well before the wedding, and allegedly Prince Charles was desperate to get divorced. The two of them shared two sons: Prince William and Prince Harry. A year after the divorce, Diana was killed in a car crash. In April 2005, Prince Charles remarried his former love, Camilla Parker Bowles, who also got divorced from her previous husband. 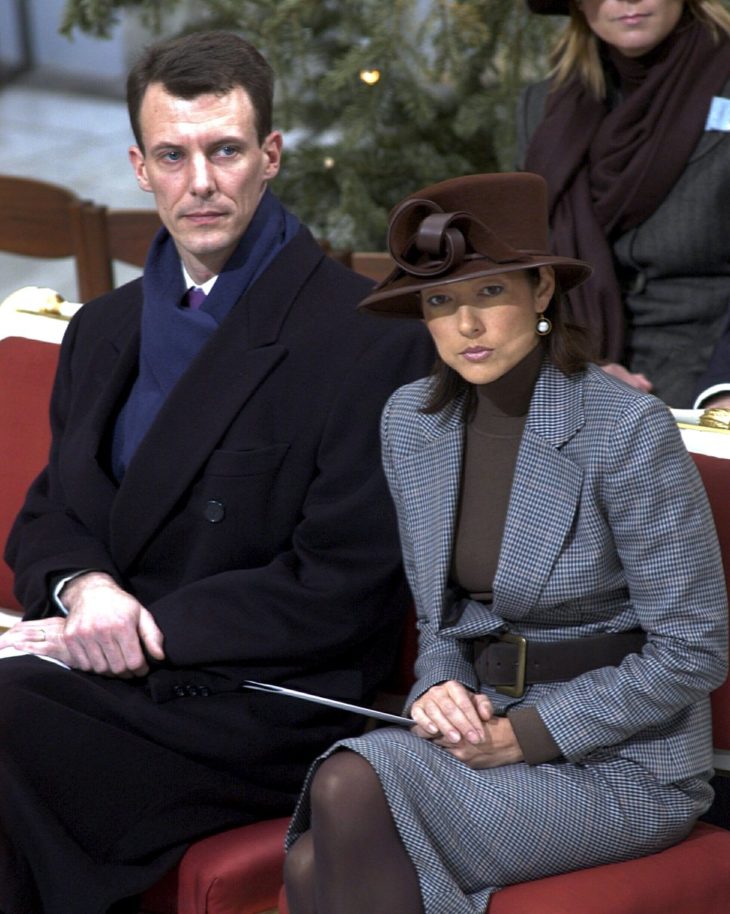 In 1995, Prince Joachim of Denmark proposed to Alexandra Manley. The pair met at a party in Hong Kong. They got married same year the Prince proposed, and share sons, Princes Nikolai and Felix. After 10 years of marriage, their divorce made them the first couple in the royal Danish family to end their marriage since 1846. In May 2008, Joachim remarried Marie Cavallier, and in March 2007, Alexandra remarried photographer Martin Jorgensen. Alexandra’s second marriage lasted till September 2015. She will have to renounce her tittle in 2020, once her son Felix turns 18. 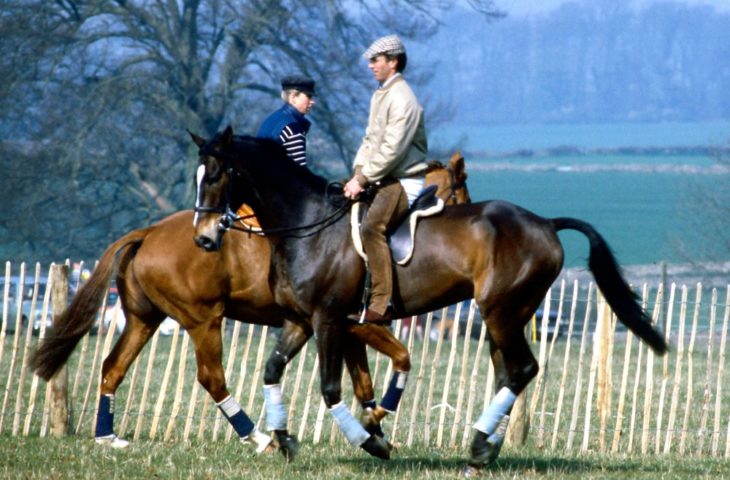 On 14th November, 1973, Princess Anne and military man Mark Philips got married. They share two children: Peter and Zara. Queen Elizabeth II’s only daughter was making headlines for alleged infidelities with bodyguard Peter Cross and the Queen’s equerry, Commander Timothy Laurence. In 1989, she got separated from her husband, and three years later, they got divorced. Later on it was revealed that Philips had a child with Heather Tonkin, who was a New Zealand art teacher. He went on marrying Olympic dressage rider Sandy Pflueger, while Princess Anne remarried Laurence. 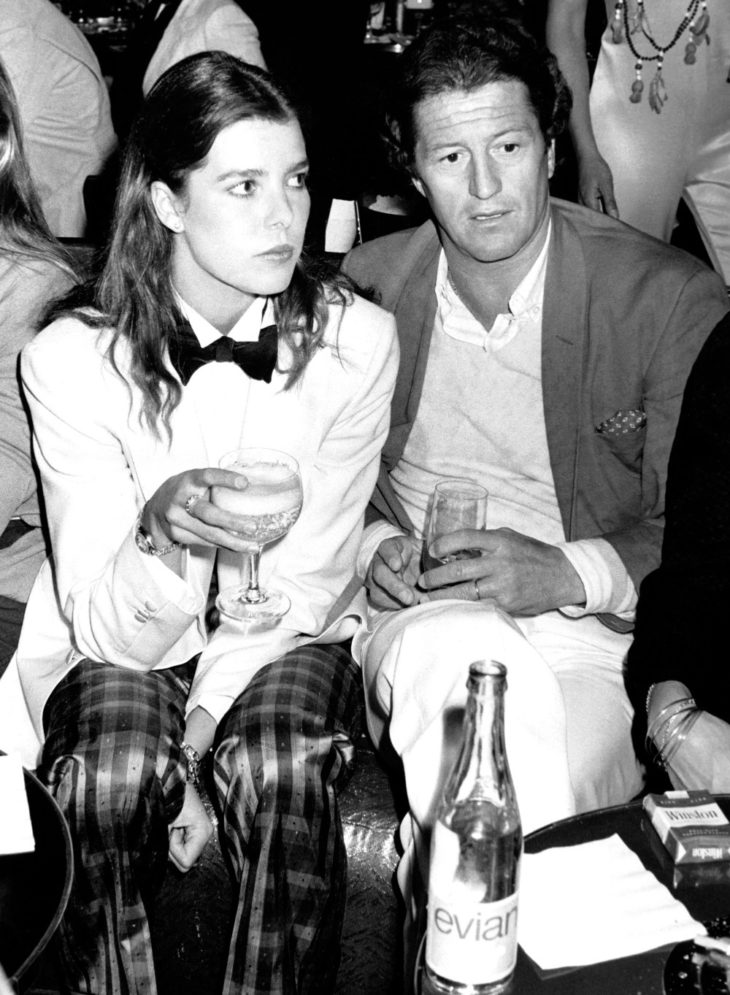 In June 1978, Princess Caroline and Philippe Juno got married, but the marriage didn’t last, and they ended up getting divorce two years later. In 1993, the eldest daughter of Prince Rainier III of Monaco and Grace Kelly remarried Stefano Casiraghi. The two of them shared three children. In October 1990 Casiraghi was killed in a boating accident. Nine years later she tied the knot for the third time. She married Prince Ernst August of Hanover, Duke of Brunswick. They share a daughter. Juno also remarried. In October 1987, he and Nina Wendelboe-Larsen tied the knot, and have three children: Victoria, Isabelle, and Alexis. Their marriage didn’t last, and they separated after 10 years of marriage. Juno also has a daughter with Helen Wendel. 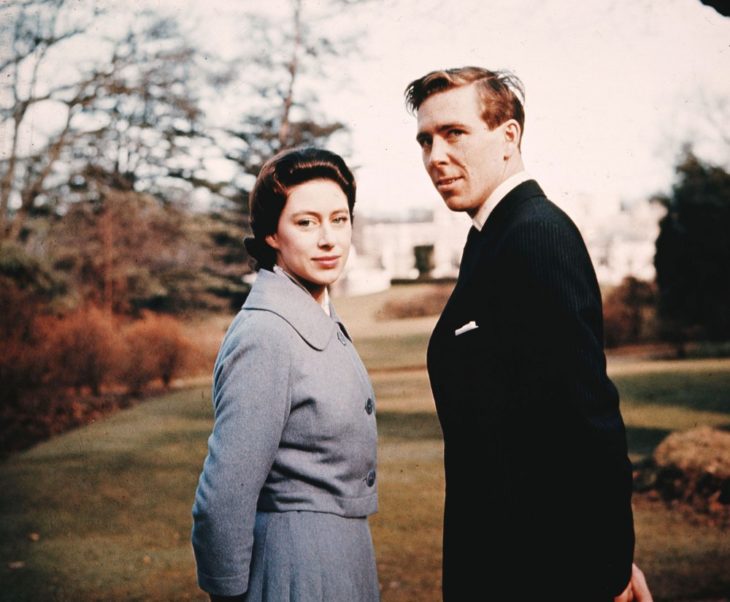 The Countess of Snowden’s first love, Townsend, was a divorced man, so she wasn’t able to marry him back then. On 6th May, 1960, she married photographer Antony Armstrong-Jones. In February 1976, she was photographed with British baronet Roddy Llewellyn, which caused the scandal since they were in their swimsuits on a private island. She had two children with Lord Snowdon: Lady Sarah Chatto and David Armstrong-Jones. She died in 2002, but before that, she got divorced from her husband. He remarried Lucy Mary Lindsay-Hogg. He died in January 2017. 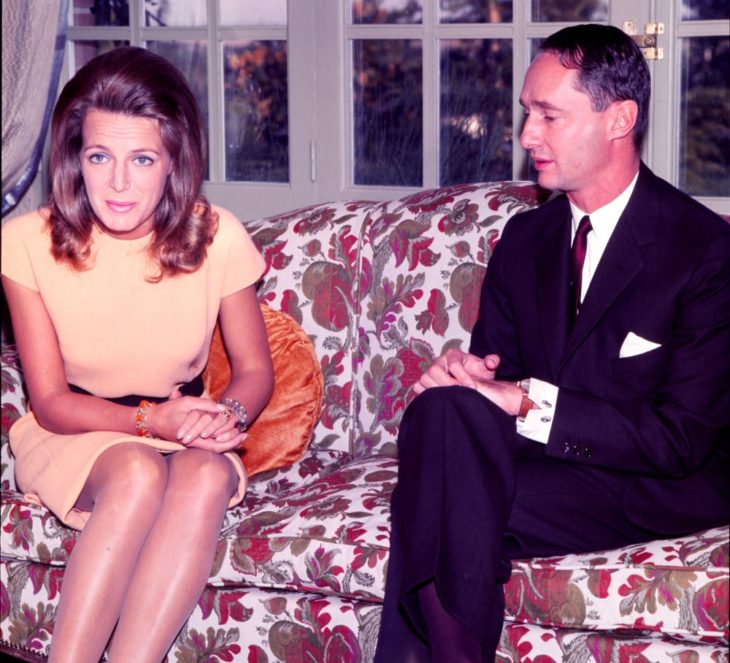 In the summer of 1963, at the time when Protestant succession was traditional in the royal family, Princess Irene of the Netherlands secretly converted from Protestantism to Roman Catholicism. This was done before her marriage to the Duke of Parma and Piacenza, which made that marriage controversial. They married on 29th April, 1964, and she gave up her right of succession because of it. They shared four children: Prince Carlos, Princess Margarita, Prince Jaime, and Princess Maria. Unfortunately, the couple ended their marriage in May 1981. In August 2010, Hugo died. 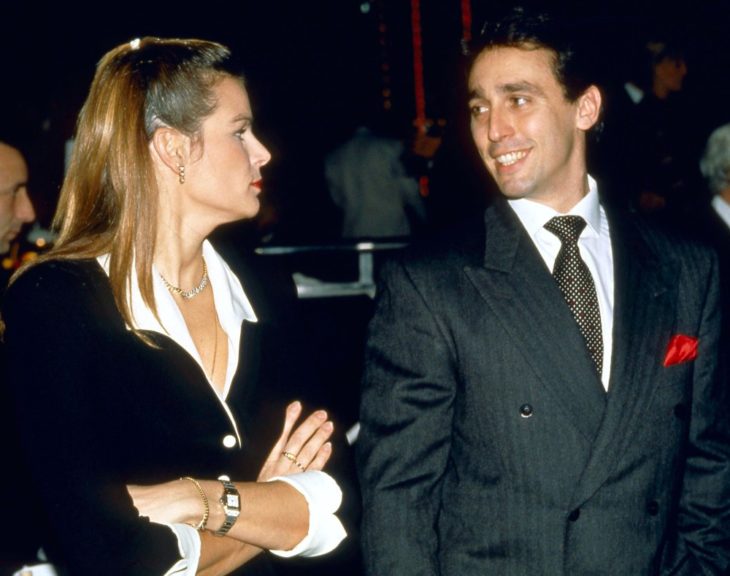 Prince Rainier III and Grace Kelly’s youngest daughter, Princess Stephanie, was married twice, and both marriages ended in divorce. Her first husband was her bodyguard Daniel Ducruet with whom she shares a son Louis and a daughter Pauline. Ducruet was married before her, and has a child from that union. Stephanie and Ducruet married  a year after they welcomed their daughter into this world. In September 1996, their marriage ended after certain photographs of Ducruet and Miss Bare Breasts of Belgium 1995, Muriel Filli Mol-Houteman, were published. In 2001 Princess Stephanie had a brief relationship with Franco Knie. Two years later, in September 2003 she married acrobat Adans Lopez Peres, but they split in November 2004. 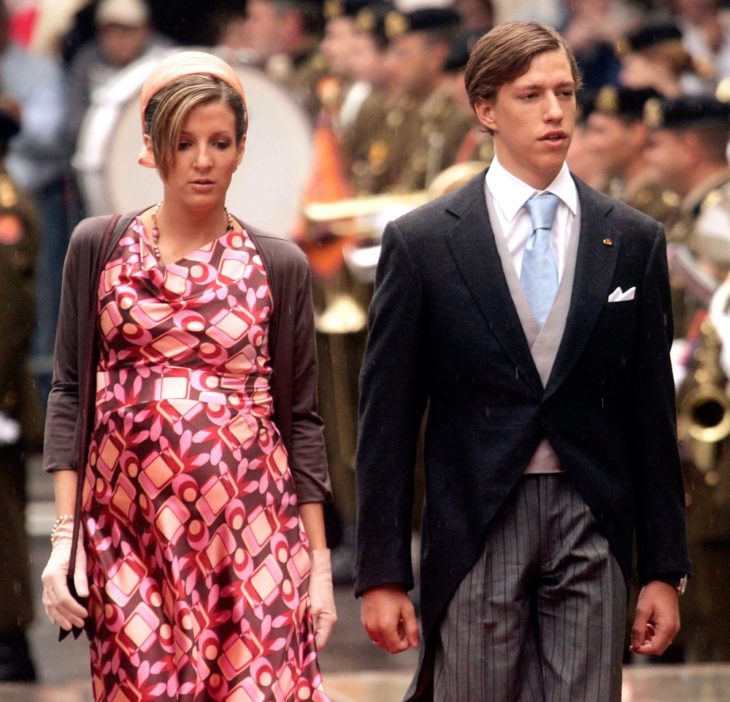 Director of Professors Without Borders, Tessy Antony, and Prince of Luxembourg met through her organization. They got married in September 2006, and six months before that, they welcomed their first child, son Gabriel, into this world. In 2007 they had another son, Noah. In January 2017, the couple separated, and in April 2019, their divorce was finalized. 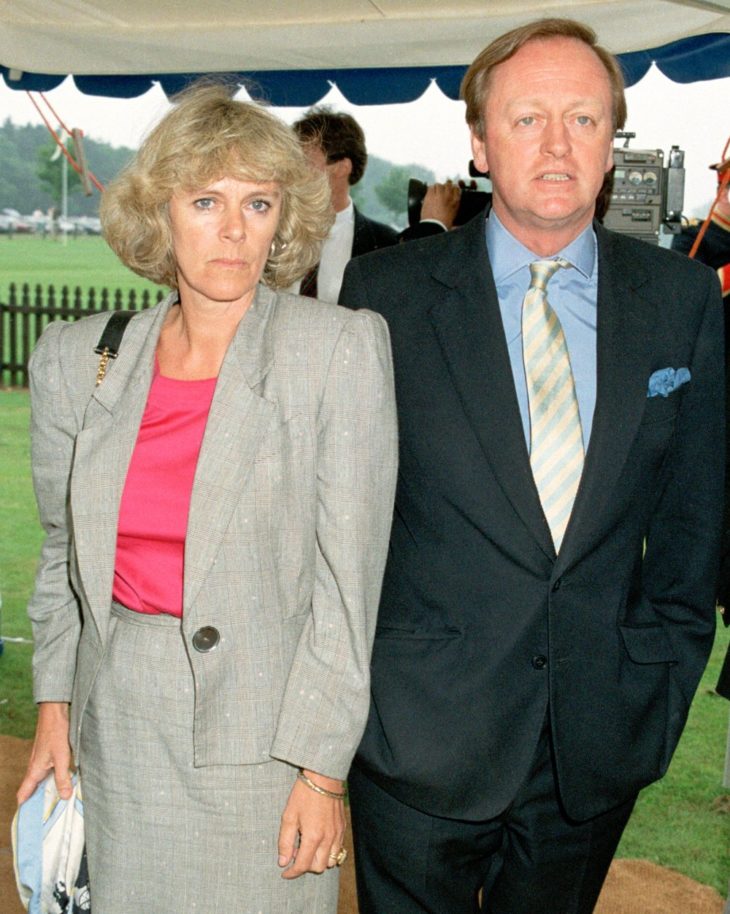 Before Prince Charles and Camilla Parker Bowles tied the know, they both had been married to other people. Her first husband was Guards officer, Andrew Parker Bowles. Camilla and Andrew were married for 21 years. They share son Tom and daughter Laura together. In March 1995 they ended their marriage. 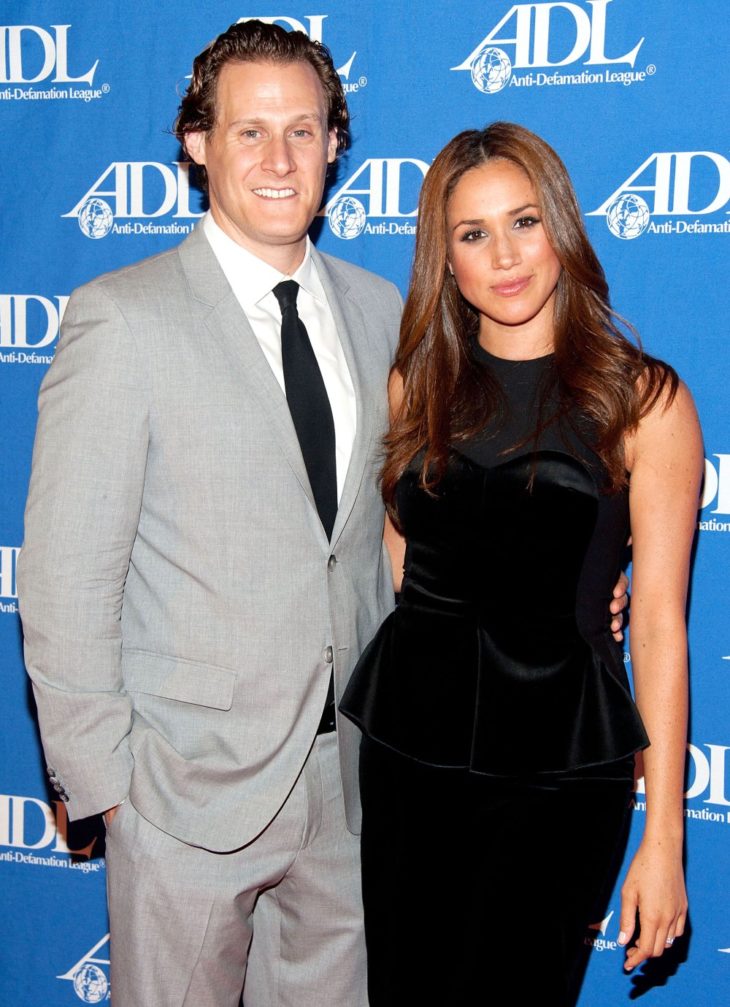 On 10th September, 2011, Meghan Markle and Trevor Engelson got married in Ocho Rios, Jamaica. The former actress and the film producer were dating for seven years before they tied the knot. Their marriage lasted for 18 months. In August 2013, the couple divorced. Markle remarried Prince Harry in May 2018, and the actress’ ex husband remarried just five months later, in October same year.

Is it possible to find low carb fast food?