A Guide To The Incredible Women On “Game Of Thrones”

If you’re anything like us, you’re balls deep obsessed with “Game of Thrones” right now. We can’t get enough of this show, and all of the incredible female characters on it. And while I happen to be particularly partial to Daenerys and her wee little dragon babies, it seems there are plenty of strong women to go around. And that’s what’s so liberating and exciting about watching the show. There’s just so many of them! As Salon writer Nina Shen Rastogi notes, “‘Game of Thrones’ persuasively demonstrates why some of us are always yammering on about the need for increased representation of women (and minorities) on television: Through the relatively simple process of upping the numbers, the burden on any individual woman magically lightens. No single character in ‘Game of Thrones’ has to be the show’s final word on womanhood, and that’s a freeing prospect.”

Click through for our guide to some of our favorite women of “Game of Thrones.” 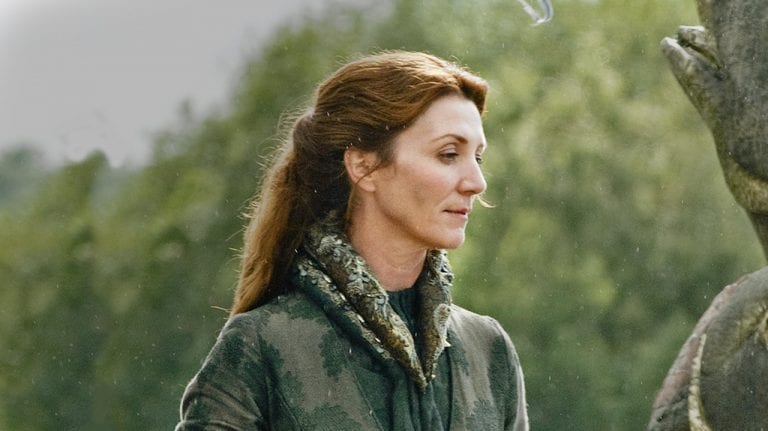 You Can Also See Her In: “Harry Potter and the Deathly Hallows, Part I”

Character Backstory: Catelyn is the matriarch of the stark clan, trying desperately to keep her family together after the (SPOILER IF YOU HAVEN’T SEEN THE FIRST SEASON) death of her husband. Her kids are fighting for control of the kingdom, and to avenge the death of their father. 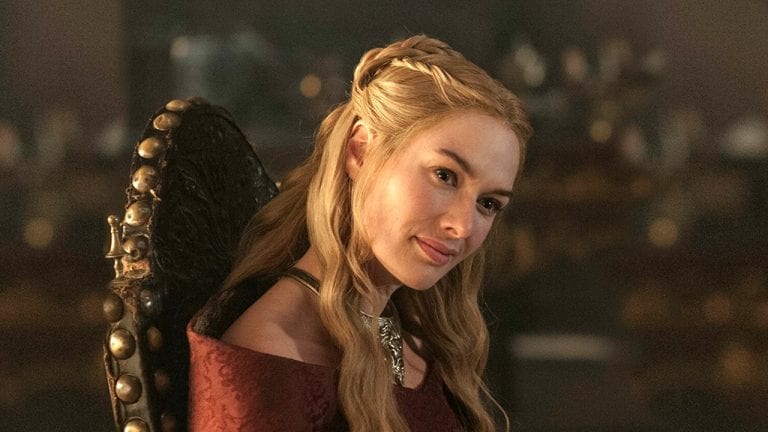 You Can Also See Her In: “300”, “Imagine Me and You,” “Terminator: The Sarah Connor Chronicles”Character Backstory: Cersei is the wife of Robert Baratheon, who dies in the first season of the show, and the mother of King Joffrey. But behind the scenes, she’s also been carrying on an incestous relationship with her brother Jaime for several years and produced several children out of that union. She’s cold, cunning and manipulative. 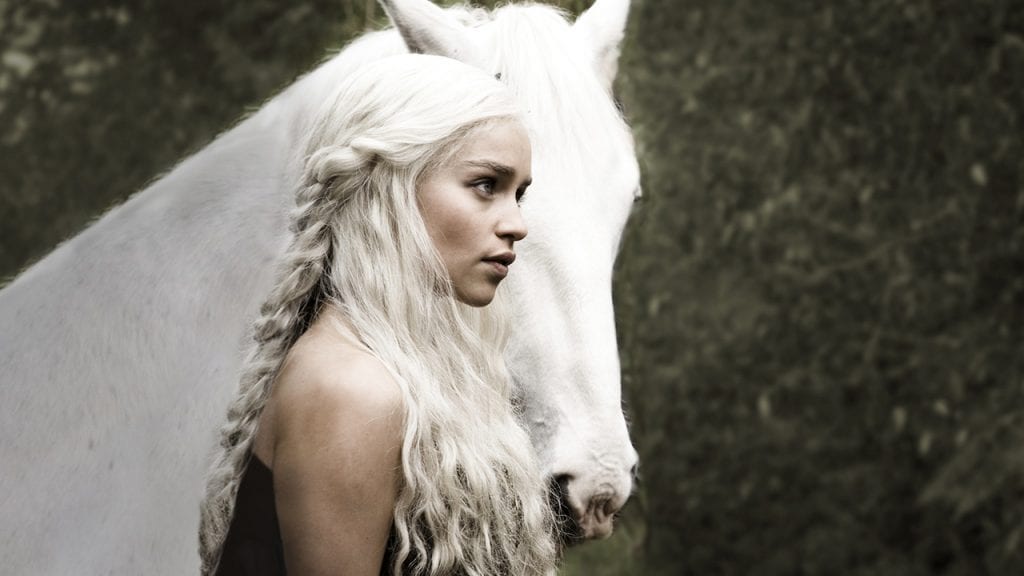 You Can Also See Her In: Not much, except a few episodes of long-running British soap “Doctors.”

Character Backstory: She and her brother Viserys are the only two members of the House of Targaryen left. Her brother marries her off to Dothraki leader Drogo, in exchange for his protection and support in waging war. At first she’s afraid of him, but soon grows to love him. She grows strength and power as the “Mother of Dragons,” watching over three baby dragons that Drogo gifts to her. They become a major bartering tool for gaining access to food and shelter for her people. Personally, I’m a little obsessed with her. 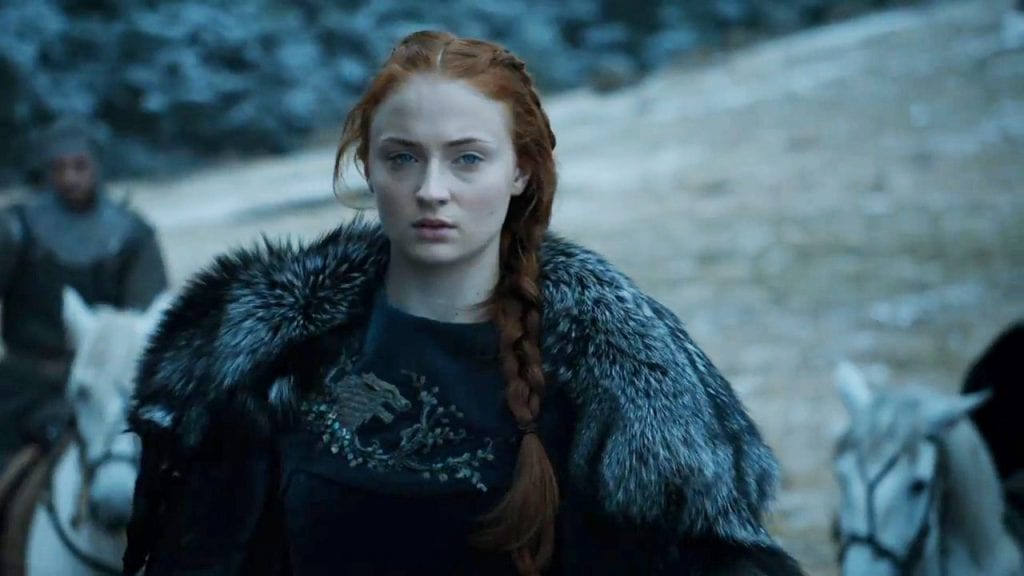 You Can Also See Her In: Nothing. This is her first acting gig.

Backstory: Sansa is the eldest daughter of Catelyn and Eddard Stark. She’s also the intended wife for King Joffrey, though he doesn’t seem to like her (or let’s face it — any woman) much. 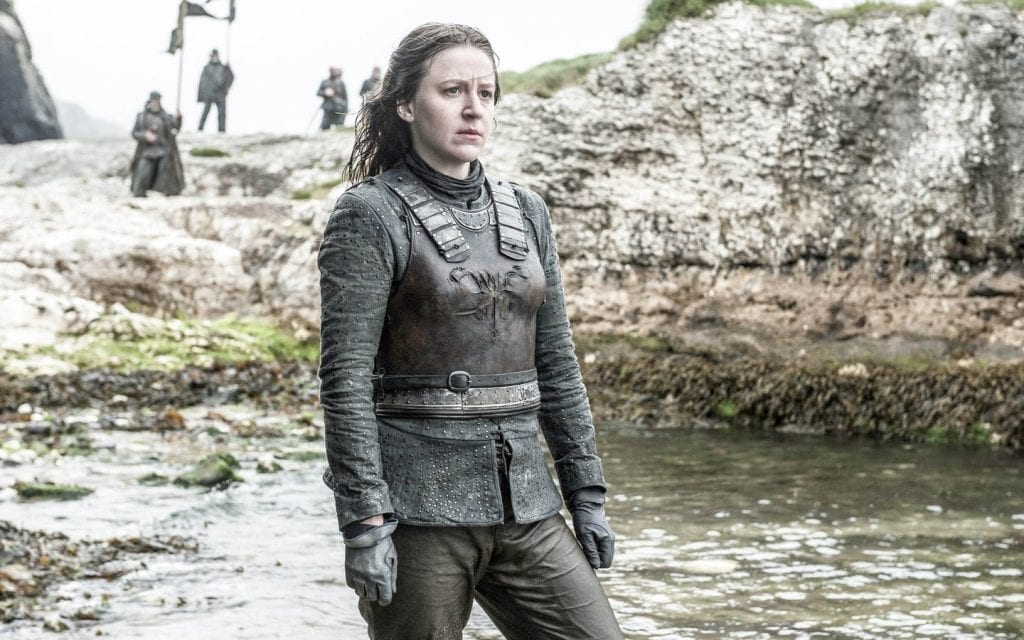 You Can Also See Her In: “The Wolfman”, “Gulliver’s Travels” (She’s also a comedienne!)

Character Backstory: Yara is one of two surviving siblings of the family Greyjoy. She is tough and powerful — and definitely a force to be reckoned with, which is something her long-lost brother Theon doesn’t realize when they’re first reunited. She plots with her father Balon to claim Westeros for themselves. 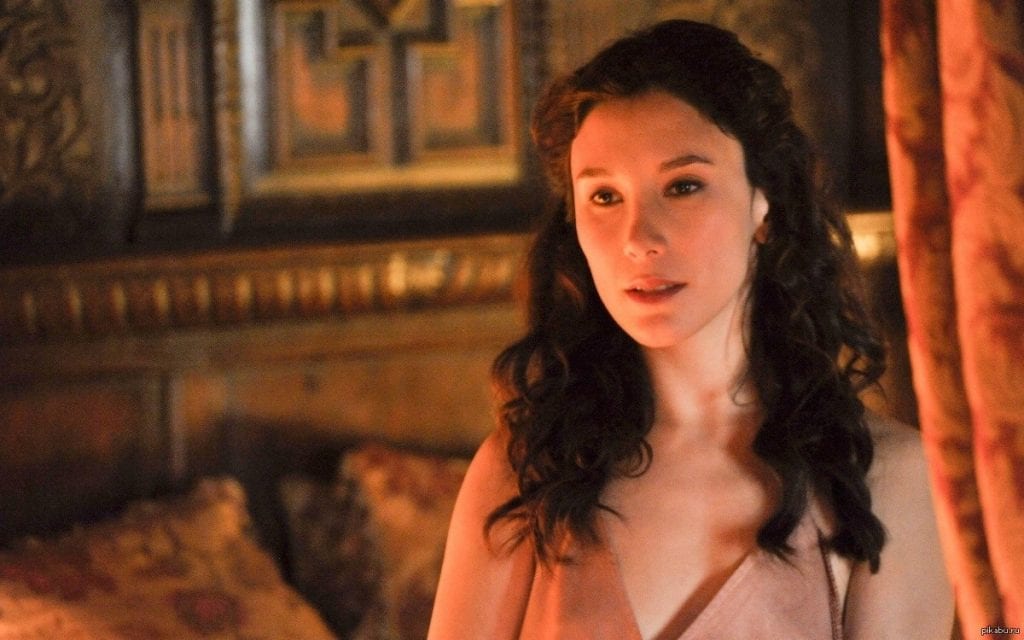 You Can Also See Her In: “Head-On”

Character Backstory: Shae is a prostitute who has a romantic relationship with Tyrion Lannister. She’s also recently begun work as a handmaid to Sansa Stark. 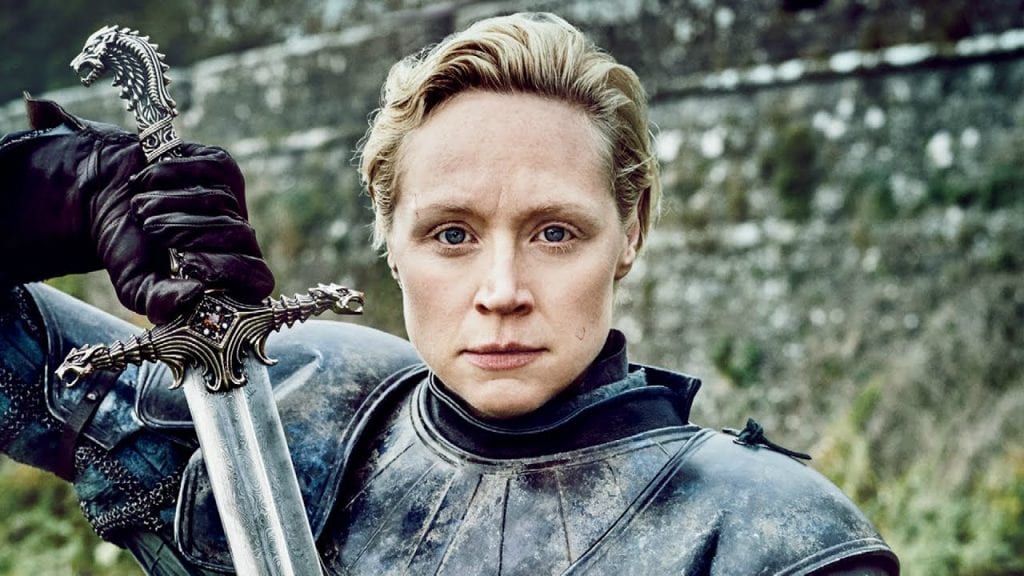 You Can Also See Her In: You’ll be happy to know that Christie played “Classy Shopper 2” in “The Imaginarium of Doctor Parnassus.”

Character Backstory: Brienne of  Tarth is taller and stronger than most men, and serves as part of the Rainbow Guard for Renly Baratheon, who is seeking the throne. 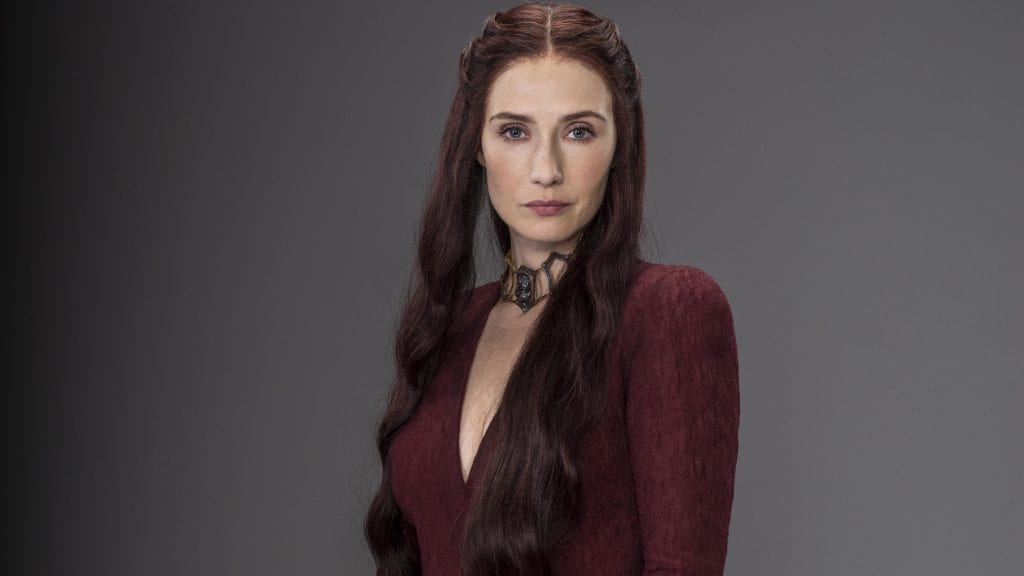 You Can Also See Her In: “Repo Men”, “Black Book”, and a slew of German language films.

Character Backstory: Melisandre is priestess of an eastern religion that worships R’hllor the Lord of Light. She is a close advisor of Stannis Baratheon, one of the zillion dudes fighting for the throne of Westeros. She’s also very fond of saying “the night is dark and full of terrors.” Oh also, in the last episode, she gave birth to a smoke monster. 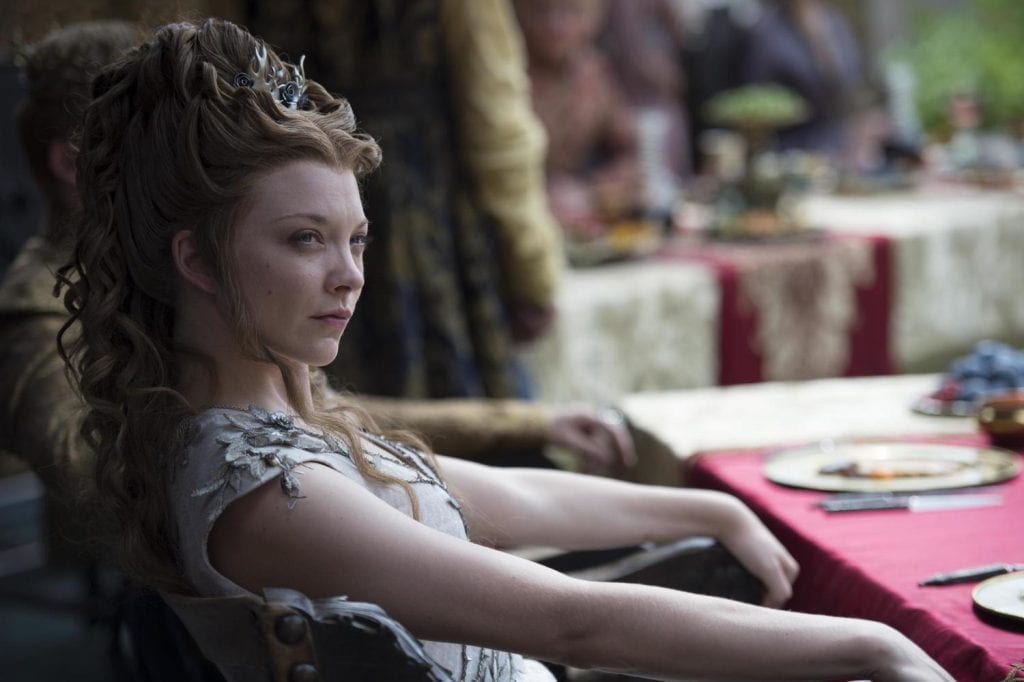 Character Backstory: Margaery is the teenage bride of Renly Baratheon, and the sister of Loras, who is having an affair with Renly. It’s complicated!

Are You Dating A Cat Or A Dog?

Dog With Four Prosthetic Paws Is Happy, So What Are You Complaining About?