The Soapbox: Is It Wrong For Kids To Play With Water Guns?

Last weekend, families across the country gathered for hot dogs, fireworks, American flags, and clouds of bug spray. So much bug spray. My family was no different: we had our annual party at my sister’s house. But our party was better this year: we had a kiddie pool and a bucket filled with squirt guns. As the Fun Aunt (read: the only one with no children, which means I have surplus energy to run around the yard with the little monsters), I quickly armed myself and sneak-attacked some kiddos with a spray of water to the face. We ducked behind bushes and trees, shrieking with glee and, honestly, relief at a the cool bursts of water on a 90-degree suburban day.

Growing up, my mom and dad wouldn’t let us play with toy guns, even toy water guns. This seemed sensible enough to me, because my mom’s reasoning — which I agree with to this day — is that guns are not toys. I never felt oppressed by my terrible, water gun-free existence, though; we had a swimming pool and a sprinkler and I desperately envied any neighbor with the coolest of summertime toys, a Slip N Slide. In fact, when my older brother finally got a Super Soaker water gun when he was 12 or 13, it seemed weird, because it was the first gun we’d ever had. 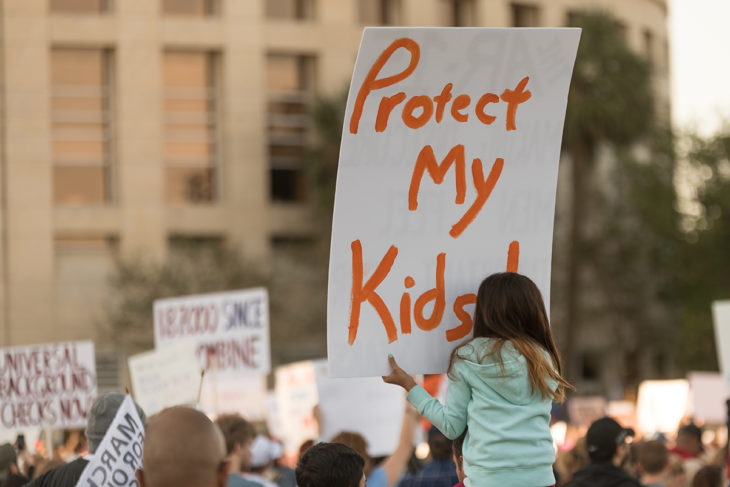 As my brother grew up, he started getting interested in real guns. At first, it was for not-so-legal reasons and frankly, that scared me. We don’t have much of a gun culture at all in the mostly liberal area of the Northeast where I grew up. The only time I shot guns was a BB gun at Girl Scout camp with my father. Most of what I knew about guns was from the Red Rider BB Gun in “A Christmas Story” and hearing about guns on the news, such as the school shooting at Columbine that happened when I was in ninth grade.  But my brother, it turns out, genuinely really, really loves guns. To him it’s about the machismo culture as much as it is the protection. He lives in rural Pennsylvania, where there’s a huge gun culture and apparently a reasonable expectation that some methhead/bear might be found rifling through your trash. He hunts both for sport and for food and owns I-don’t-even-know-how-many guns. Because of him, I’m more knowledgable — if not necessarily more sympathetic — to people who are defensive about owning guns.

Kids, though? Kids shouldn’t even be near real, live guns and I’m reminded of that fact every time I read another news story about a child who accidentally shoots someone else. Parents who own real, live guns have a responsibility to teach the children around them to respect, fear and be careful with guns. Sadly, though, it seems like some people care more about protecting their rights than exercising their responsibilities. When I hear about kids who kill with guns that should have been locked in the top shelf of a closet, guns that kids perhaps should not even know about, I have a hard time feeling sympathetic for the parents or guardians who left those guns accessible.

I am also very — shall we say? — skeptical as well about parents who let their children play with more realistic-looking toy guns or grenades and run around in camo. I feel that way partially because, like my mom reasoned, kids who have never played with toy guns seem logically less likely to play with a real gun accidentally. But mostly because war, death and killing are not games and I find something sad about children who engage in war-play — a game that’s more about fake hurting each other than it is about creativity. 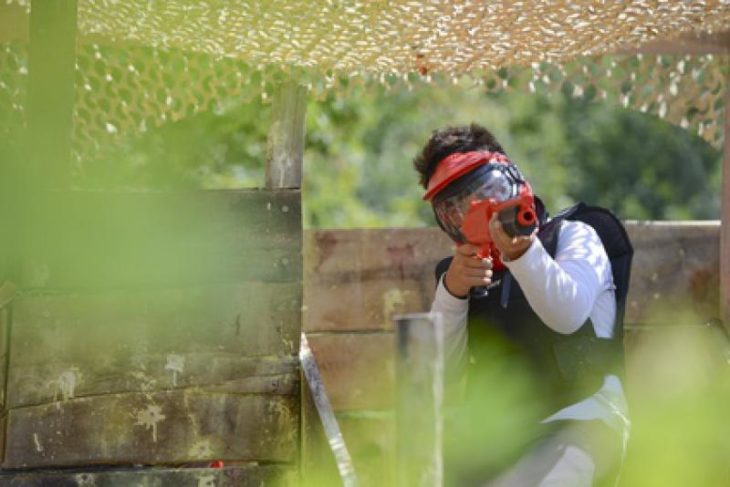 So where does that leave us with water guns? They’re clearly toys. They’re fun because you get squirted with cold water. Kids see squirt guns primarily as a water delivery device, similar to a Slip N Slide or a sprinkler — there’s nothing to respect or fear. But I also felt uncomfortable throughout the afternoon that kids — kids I love — are playing with a fake deadly weapon. And even if it’s a toy deadly weapon that we play with in a lighthearted way, it’s still representative of a deadly weapon. Spraying people with water guns is a fun way to pass a hot afternoon, yet it’s still engaging in war-play.

To be clear, I’m also not the type of person who believes you can keep children in a bubble away from boobs, marijuana, the F-word, or penis gummies. These things exist — deal with it. We will never live in a gun-free society. There are always going to be kids who put their fingers together, aim and cry “Pew! Pew! Pew!” like they’re shooting off a fake gun. Sure, it’s a stretch to connect children who play with water guns or even play with video games to the seriously mentally disturbed people who go shoot up classrooms and buses and hair salons. I can’t help but wonder, though, if we’ve become a little more desensitized to those real life shootings because we like how fun playing with guns can be. It’s fun if you’re a grown man with his buddies, sitting in a tree, patiently lying in wait to shoot a deer. It’s fun if you’re a kid running through a backyard shooting water at your aunt.

But maybe it shouldn’t be.