The Soapbox: On Steubenville High School & Teaching Boys Not To Rape

My son turns six next week, and among all the other wishes I have for him, I have a silent hope that won’t be shared at his birthday party. It’s one that swims in the depths of my mind, surfacing occasionally when awful things happen that force me to think about it: I wish and hope and pray that my son won’t grow up to be a rapist. 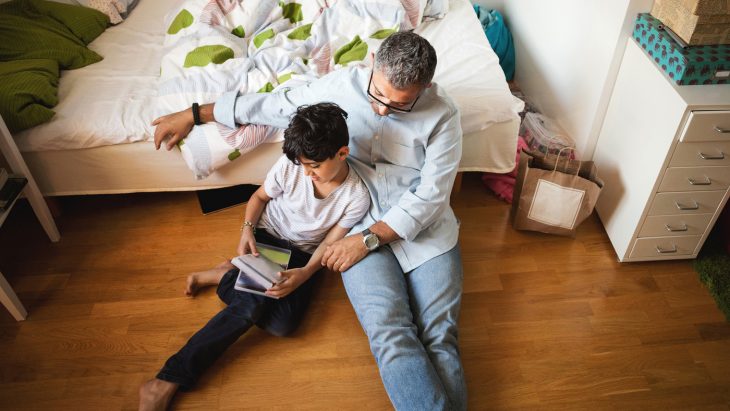 I know that sounds horrible and not a wish a mother of a six year old should even have in the back of her mind, let alone flashing loud and red and painful throughout it. But I can’t help it. We live in a society that is steeped in rape culture, no matter how many people refuse to acknowledge that reality. My worry was driven home more forcefully after watching a video that Anonymous posted online of Steubenville High School students talking about the rape of a 16-year-old fellow student. This case is heartbreaking enough — the victim was sexually assaulted while drunk and unconscious, only to have the photographic proof of her rape spread all over various social media outlets. Her attackers, Trent Mays and Ma’lik Richmond, two football players for the high school’s team The Big Red, were let off relatively lightly, subjected to being under house arrest. However, the victim was also punished, forbidden by the judge in the case from sharing any details of the case, essentially re-victimizing her.

Many have written about the implications of the Steubenville, Ohio case and of the town’s discomfort and anger in holding their beloved high school football stars accountable. There’s been talk of victimization and rape culture and “good old boy” mentality and I agree with most of the assessments many times over. But it was the video posted by Anonymous that truly punched straight through to my gut and twisted it up from the inside. I’m still waiting for the tension to dissolve. 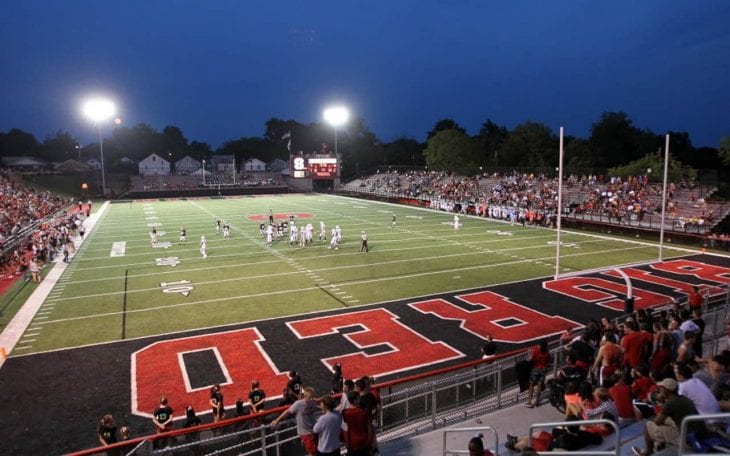 The video shows Steubenville High School baseball player, Michael Nodianos, joking about the rape, calling the victim “dead” and in between laughter we hear him say, “She is so raped. Her puss is about as dry as the sun right now.” The video lasts over 12 minutes, with only a few voices suggesting “That’s not cool, bro,” while Nodianos continues to crack “jokes.”

Nobody wants to think of their son as a potential sexual assaulter. I know I don’t. I look at my sweet, sweet son and I know in my heart that he would never hurt a fellow human being, let alone violate and disrespect them in the way this 16-year-old victim was subjected to. But I’m also not living in a fantasy bubble. I’m sure the mothers and fathers of the boys involved thought their sons weren’t capable of such horrific, violating actions either. In fact, most of the town is still in denial, and they’re not the only ones.

When Jezebel posted the Anonymous video, more than one commenter shrugged off the seriousness of what the boys in the video were saying.

This is just boys being stupid because they are too young to understand the seriousness of the situation.

Let’s draw a distinction between rape and rape jokes. They’re not the same.

They’re not the same, but they are certainly on the same spectrum, and when we normalize and legitimize rape jokes like these — ones that aren’t talking about rape in an abstract way, but instead focus on a real life person who was gang raped by your friends — we’re one step away from legitimizing and normalizing rape.

Behavior like this doesn’t happen in a vacuum. It’s part and parcel of a larger cult of masculinity that feeds into rape culture. It happens in communities that praise male domination and patriarchal ideals. It happens in a community like Steubenville where rumors abound, and most people look the other way while whispers of inappropriate behavior between men in positions of authority and female high school students float through the halls. The rumors, whether based in fact or fiction, end up having the same outcome regardless: the onus (and catcalls and name-calling and slut-shaming) falls on the shoulders of the teen girls, while the men — a coach in one case — gets nothing more than some eyes rolled in his direction. It’s the same community where Nate Hubbard, a volunteer Big Red football coach suggested that the victim made up being raped to avoid punishment for being drunk and out late. And the same community where, according to a recent Raw Story article, local townspeople “have been reluctant to aid the prosecution of the crime in any way, lest it jeopardize The Big Red’s chances at another state championship.”

This all aids in creating an environment where a young boy feels comfortable and confident in making jokes about somebody being raped. This boy isn’t “too young to understand the seriousness of this situation.” You’re never too young to understand violating another person is wrong, and if you somehow made it to 16-years-old without that knowledge, that is symptomatic of a larger societal problem that excuses or normalizes behavior like that. When people are afraid to stand up for a 16-year-old gang rape victim because of the posterity of their high school football team? We should be shouting at the top of our lungs for things to change.

So here I am, days away from my son’s sixth birthday, thinking about how we need to teach our boys not to rape, instead of cautioning our daughters on how not to get raped. We need to flip the script when it comes to discussing rape and admit that yes, we live in a society that promotes and enables rape culture. Only then can we go about dismantling it. We need to explain to our sons why “jokes” like the ones in the video are not funny. We need to get to a point where every boy in that room stands up and says “This isn’t okay to joke about.” 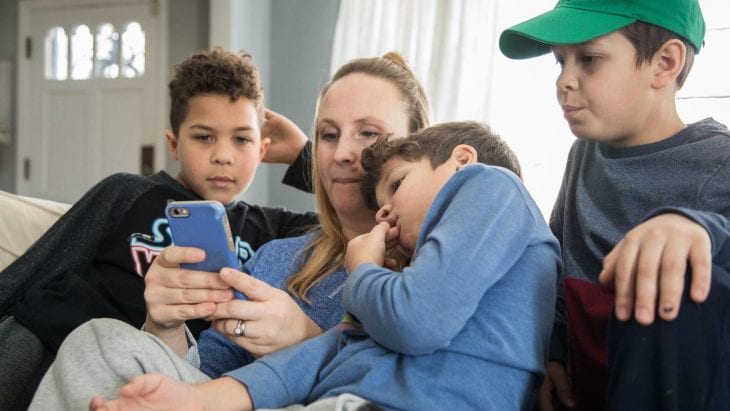 I will do my part as the mother of a young boy. I will ensure he understand respect and why it is so important. Both his father and I will discuss sex, consent, and rape in age-appropriate terms when the time comes. I will not have anyone excuse my son for being “too young” or “just a boy.” I will not devalue him like that. While I will do my damndest to ensure that my son will not get sucked into rape culture, and will — hopefully — actively break it down, I also challenge all parents, even ones deeply immersed in communities where this sort of behavior has been ingrained forever, to talk to your sons and teach them that this is not acceptable behavior for anyone.