This Ring Box Camera Records The Reaction To Your Proposal

For a senior engineering project, a team of students at Hope College in Michigan created an engagement ring box with a tiny camera in it for filming proposals. Now their Ring Cam is taking off as an actual business. When their prototype was still in development, the students asked some of their friends who were getting engaged to try out the camera and film the moment when their now-fiancees said yes.

When the team saw the emotional videos the Ring Cam had captured, they knew they had created something special. “It’s definitely one of the most important moments in a couple’s relationship, and to be able to share that instantly with all your friends and family, and actually show them the moment and his or her actual reaction, the genuine surprise, and giddiness — it’s wonderful,” Scott Brandonisio told WZZM News. 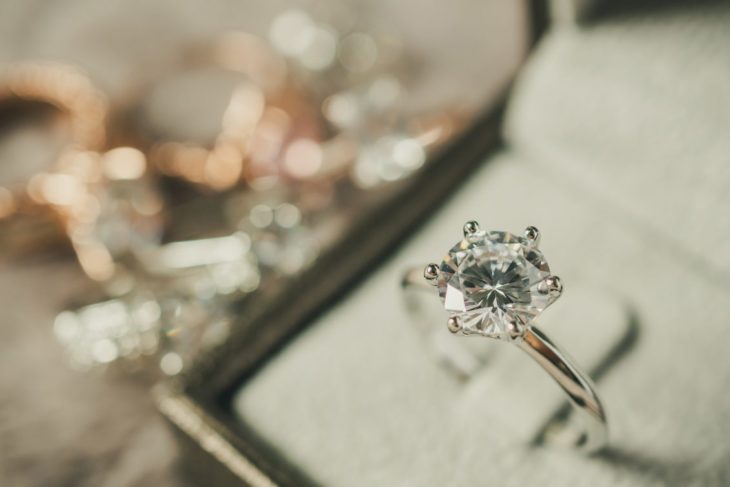 The creators even took the Ring Cam to an open-call audition for “Shark Tank,” the reality show for aspiring entrepreneurs, though there’s no word yet on whether they’ll head to the next round and make it on the show.

The Ring Cam is for sale in about a dozen jewelry stores and can be bought or rented online. It records up to 20 minutes of video that can be uploaded to a computer through a USB port. If the moments the Cam has shared so far on their website are any indication, this is way more intimate than the cringe-worthy public proposal trend.

If we overlook the fact that most of us will have multiple chins from the angle of this camera, it’s a way to preserve the special day without having to be that guy awkwardly juggling an iPhone camera with a ring box. I don’t think it’s the end of the world if proposals aren’t recorded anyway (I think there’s something special about it only living in the memories of the couple), but the Ring Cam is super cute. Would you use something like this for a proposal?

Dater XY: How To Deal With Dating Fatigue