Would you shell out $826,000 to prove your devotion to the cats in your life? (For the record, if I were a millionaire, I probably would.) “My Wife’s Lovers,” by Austrian artist Carl Kahler, which is believed to be the world’s largest painting of cats, just sold at auction for that hefty sum, which is actually half a million dollars more than its estimated value! Its new owners must have really wanted the Ultimate Cat Lover badge of honor that would come along with it. 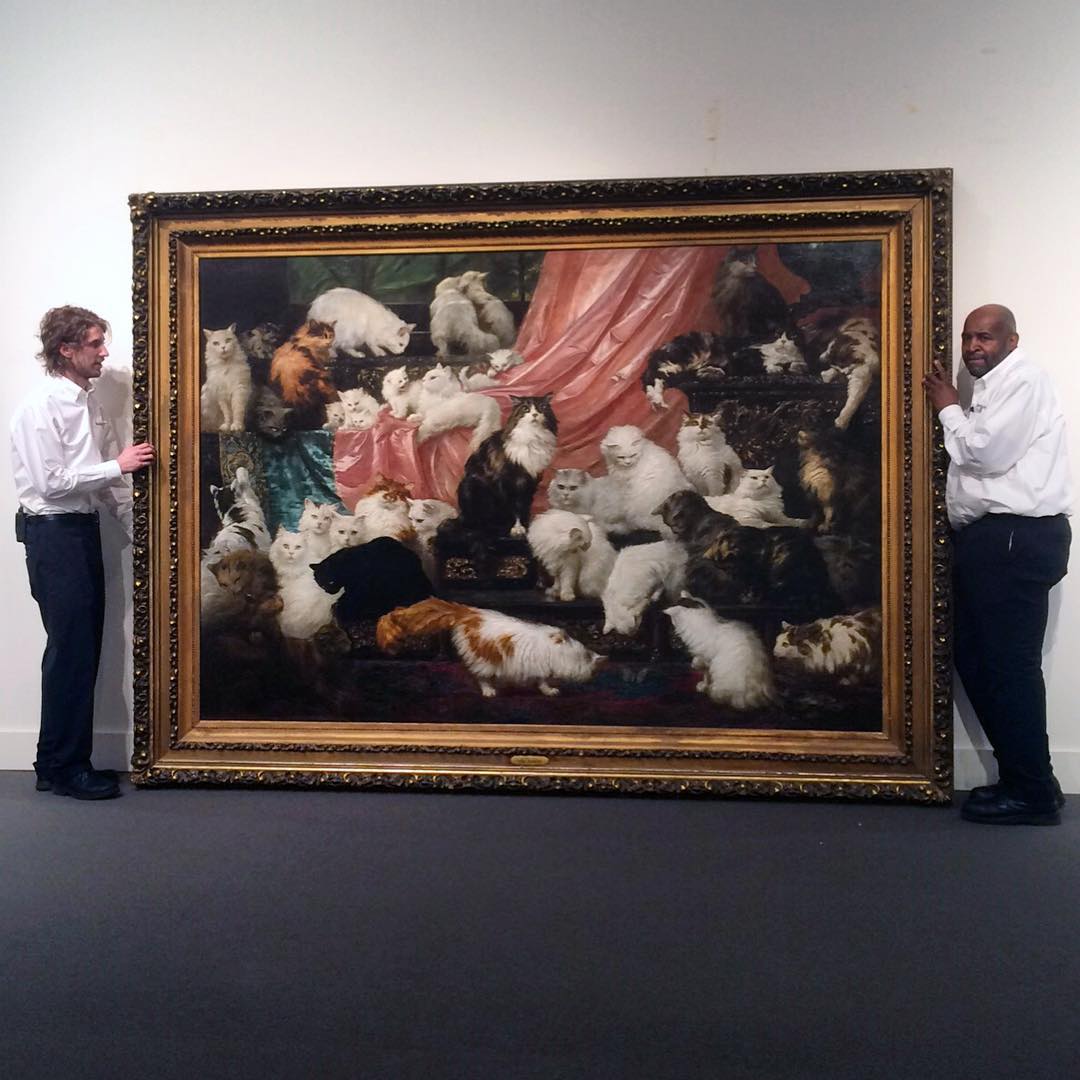 The 227-pound, six-foot-by-eight-foot painting (deemed “the world’s greatest painting of cats” in 1949 by Cat Magazine!) was commissioned back in 1891 by San Francisco millionaire couple Kate Birdsall Johnson and Robert C. Johnson. Kahler had never painted a cat before, but Kate asked him to create a portrait featuring 42 of the 350 (!) cats she owned. She left half a million dollars to those cats in her will, and claimed each and every one of them answered to their names. How her house didn’t smell terrible or get covered in cat hair is beyond me. More importantly, though, wouldn’t this look perfect on that one awkwardly spare wall in your apartment? I know I’d just love trying to convince guests that while yes, I’d paid almost a million dollars for a cat painting, I am a totally sane person with completely reasonable priorities. See? Built-in conversation piece!

Why Would You Pay Money To Smell Like A Cat?

10 Famous Ladies Open Up About Their Divorces