iPhone X! The anniversary edition of the iPhone series is the centre of attention for all iPhone lovers. The phone is still the excitement these days let’s dive in and discover some interesting things you didn’t know about this super sleek newly launched phone. I can’t guarantee you don’t know about all of them, but you will definitely learn something new today about the iPhone X. 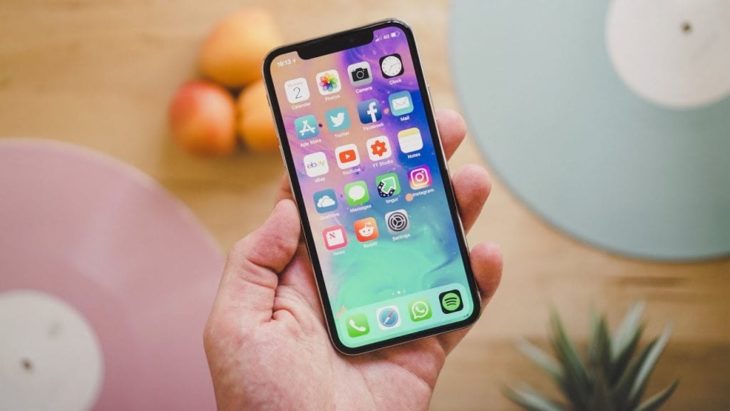 By the end of this post, I bet, you must have made up your mind to sell your mobile and jump on to take the latest device from Apple.

This is one of the incredible features that Apple has introduced to iPhone and it really, really works well. As compared to the Touch ID fingerprint sensors commonly used in iPhone 5s and all the way up to iPhone 8 the Face ID used in iPhone X is technologically far more advanced and secure. When your iPhone is locked, you just look at it, and it recognizes you. That makes the unlocking simple, natural and effortless. 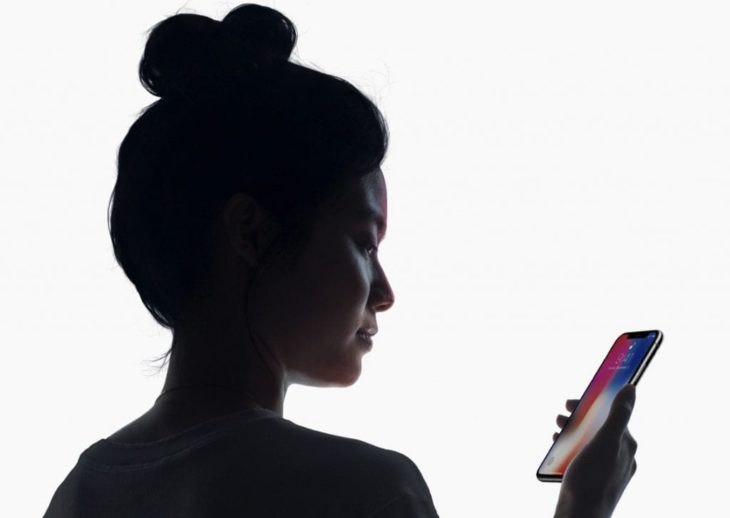 There is a tiny little area at the top of the display that has a TrueDepth camera system, and it is made of an amazing state of the art technology. It comprises an Infrared camera, Flood illuminator, Front camera, and a Dot projector and that’s not all there is also the Proximity sensor, Ambient light sensor, the Speaker and the Microphone all packed in this TrueDepth camera system area. 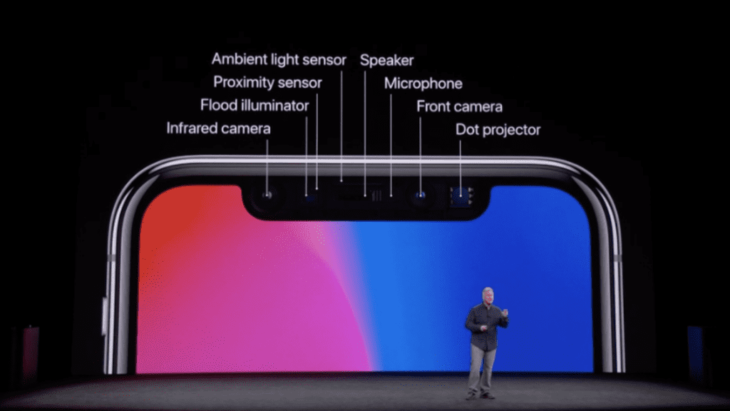 Here’s how it works. Every time you glance at your iPhone X, it detects your face through Flood illuminator even in the dark. The IR camera takes an IR image, the Dot projector projects 30 thousand invisible IR dots. The IR image in the dark pattern is then pushed through neural networks to create a mathematical model of your face. This mathematical model is then checked against the one already stored that you set up earlier to see if the images match. This is how your phone unlocks, and it all happens in real time, invisibly without you seeing the mechanism behind.

What I am personally intrigued about iPhone X is the Animojis. It’s the most irresistible feature that you would love to try. Animoji is an animated new feature in the iPhone X that uses your voice and facial expressions to show off the capabilities of the TrueDepth camera in fun and downright addictive way. Animoji is an amalgam of the word “animated” and “emoji” and is exclusive to iPhone X. After scanning your face, the TrueDepth camera makes an emoji mimic your facial expressions and mouth movements. When you shake your head, smile, squint or talk, you will find the Animoji doing the exact same thing. With Animoji you can make a talking chicken, a sad pig, and an angry panda. Well, they are all adorable and more fun than it sounds!

The next interesting thing in iPhone X is the screen recording feature. Simply go to control center and deeply tap on the double circled (the inner one filled) icon. It counts down to 3 to start your recording. You may also turn on the microphone to record audio. On the top left corner of the screen, the clock turns red to show the recording is in progress. To stop the recording, simply tap on the clock and select the option “Stop.” Without using third-party apps or jailbreak, you may now record your screen activities natively. Rather than texting out step by step instructions to anyone to upload a photo on Instagram you may now simply show them how to do it exactly. It is an absolutely handy feature to show your friends how to navigate through anything on their newly updated iPhone or iPad.

Even though iPhone X is smaller than the iPhone 8 Plus but still it is large enough where it can be difficult to reach those corners to invoke things like control centre, notification centre and there’s no home button on the iPhone X, Of course! So how do you go about invoking Reachability to access those hard to reach areas? Well, simply go into Settings, go into General, go into Accessibility under the Interaction heading you’ll find a Reachability toggle, so just switch that on which is off by default and then what you have to do is to swipe-down the bottom of your screen near the home indicator and that is how you invoke Reachability on the iPhone X. 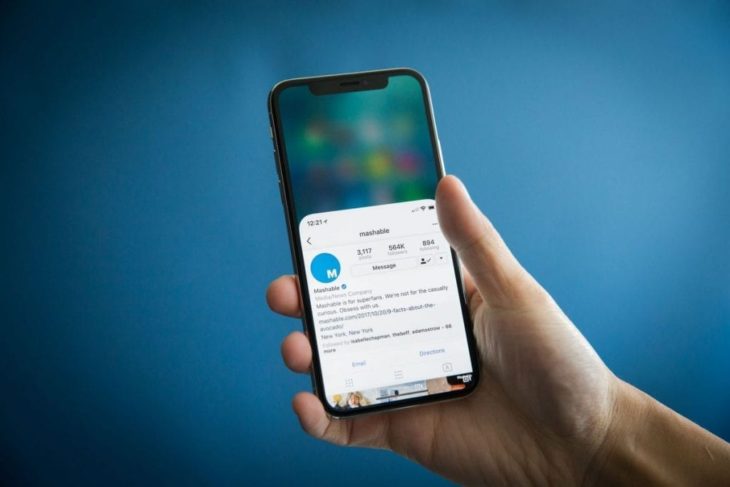 Now even if you are on the home screen with no indicator, you can still just swipe down at the bottom area to invoke Reachability to access all those hard to reach elements on the iPhone’s display. Now did you know that you could access the control centre and the notification centre using Reachability? All you need to do is to simply swipe down in the upper right- hand or left-hand corner of your pull down the display, now you can easily access both control centre and notification centre without straining your fingers by means of Reachability.

Restrictions are something you may or may not want to use on your phone but the notion is you will want to use them in instances like maybe you just bought a phone for someone in your family and you don’t want to give access to everything, or you are running a business, and you don’t want everybody to have access to everything on your phone just for privacy things like that. Restrictions help you figure out how to do that.

To enable Restrictions on your phone first locate the Settings icon, go into Settings and then scroll down to General. Under General, scroll down until you get to Restrictions. It will ask you for a passcode, enter the passcode, and there you go! You will find a list of different options that you may want to apply Restrictions on. For instance, if you don’t want to give access to the camera, you can disallow that, and there are other different things like installing Apps, Deleting Apps, Siri, Explicit Language, etc. that you can allow or disallow according to your need. 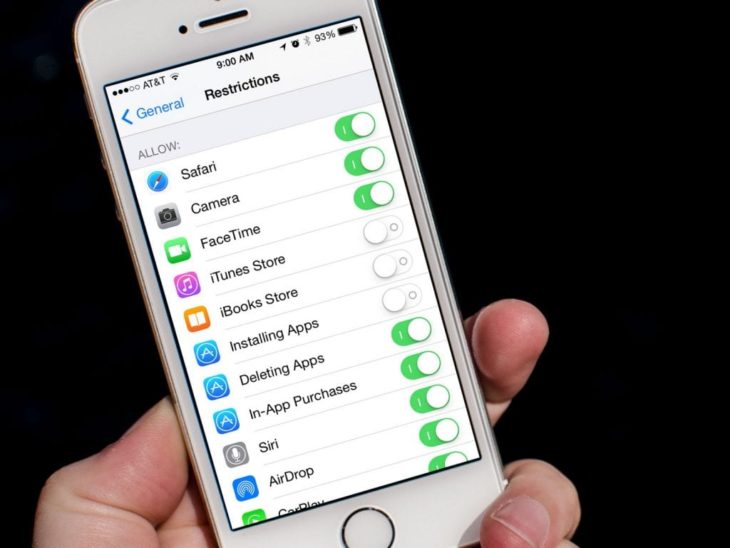 Some of the things you may be more interested in are different Ratings for Music. If you don’t want explicit Music; you can go on to Music and shut that off. Same goes for Movies, you can adjust them by rating allow or don’t allow any movies, same for TV shows, Books and Apps as well. You can also shut off In-App Purchases if you have those oh-so-clever kids who have a tendency to buy In-App Purchases that cost a lot of money.

Tap To Wake or Raise To Wake

iPhone X is the first model among the iPhone series to get the tap to wake feature. The feature has been a part of Android phones for long but has never been supported by iPhone up until iPhone X. You can tap to wake your iPhone once to wake it up also it doesn’t have to be in the dimmed state for that. Now you don’t have to press the sleep or wake button on the side of your phone, which makes it more convenient of course. Remember that tap to wake does not unlock your phone you will have to enter either your passcode or Face ID to unlock the device.

For raise to wake, go into Settings and then Display and turn on the feature Raise to Wake. Now if your phone is just lying on the table as soon as you pick it up your phone will wake on its own. If you want to conserve your battery, you may turn this feature off.

iPhone X doesn’t require any cords to charge up. Just place it on a charging pad, and it will go to work.

The phone’s camera is just like a professional zoom lens. It is capable of shooting video in 4k and at up to 10x zoom which lets you do the recording in super slow motion.

The colour temperature of your environment is automatically detected by the new OLED display. It adjusts the colours on the screen to match the environment thus usually making the colours on your screen cooler when you are outside, and that’s pretty amazing.

It has no text, no markings other than the word iPhone on the back and that makes it absolutely fantastic. It’s Super Clean! That makes it the cleanest looking iPhone series ever. 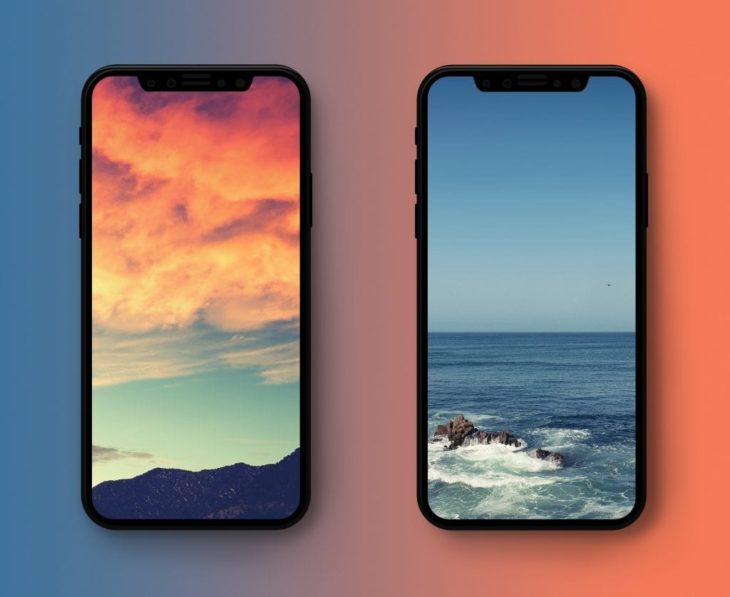 These were some of the coolest things that the new iPhone X pack comes with. If you want to sell iPhone 7 plus or maybe sell iPhone 7 or any of the older versions of your iPhone you should without any doubt upgrade to this fantastic one. You may also seek help from sellthemobile.com which is an authentic mobile phone recycling comparison website if in case you may want to get rid of your old phone right away.

5 Movies That Were Just Too Different Than The Usual Cinema