Brooklyn rapper, Tré Yung, also known as Donnie Durag by his rapidly growing fan base, began making music while attending Kingsborough Community College as a promising track star. The emerging emcee was eventually booted from the track team for smoking weed, a vice he remains unapologetic about as part of his creative process in the studio. Rather than wallow in regret, Yung saw the athletic dismissal as a call-to-action to dive into writing and recording music, and touring. He soon linked up with producer, Llama, who had previously worked with Grammy-nominated artists Ryan Leslie and Fetty Wap, and released his debut album, Parkside Prospect in 2017.

Parkside Prospect produced the cult hit, Now A Days, which helped him establish a following, and ultimately led to a tour with stops throughout North America and Europe. Parkside Prospect has a classic mix-tape vibe which showcases Yung finding his voice as an emcee and bravely playing with an eclectic, surprising and ironic mix of beats reminiscent of a classic Timbaland and Missy Elliott track. You can hear subtle nods to 90s and early 2000s rap weaved throughout the debut albums 11 tracks. Additional popular rhymes with engaging beats off the Parkside Prospect album include Top Boy and The Fix. 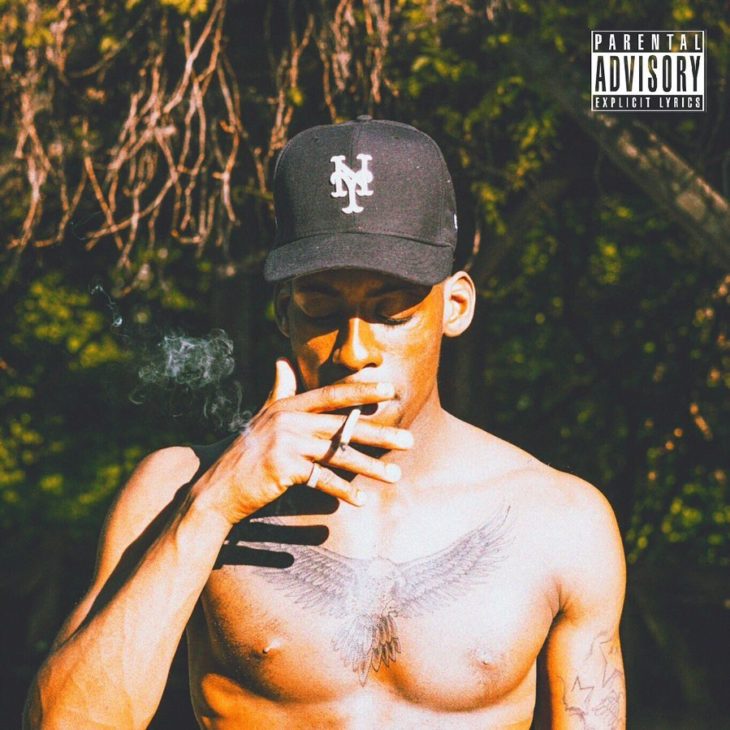 Tré Yung’s latest album, Dark ‘N’ Sharp (through independent label, A2iCreative), released in June 2019, features 16 tracks that speak to Yung’s eclectic musical tastes and inspirations, which transcend hip-hop culture. Yung’s bold use of language, and his tone and inflection meld seamlessly with his fearless use of beats that are sampled across multiple musical genres. Yung is adamant that his albums feature an inclusive to appeal to music lovers across genres. “I make feel-good music, and I’m not stuck in any one particular sound,” says Yung. “I’ve gained inspiration from artists like Drake, Jay Z, Future and Biggie; but I’ve also drawn inspiration from artists like Andre 3000, Good Charlotte, All American Rejects and Lincoln Park. That diversity comes through my music.  As you are seeing the proliferation of streaming services as the major distribution channels by which people engage with music, you’re seeing more of a breakdown of traditional genres. Rather than having to buy an album that was all one singular type of music – whether it be rock or hip-hop or R&B, you can easily make a playlist that has elements of all.  The natural progression is to hear that same fusion in individual albums, from artists and even within individual songs. I am fortunate to be living in a time where genres are less and less important and I can make anything that truly is feel-good music, regardless of whether that is hip hop or R&B or dance hall.” 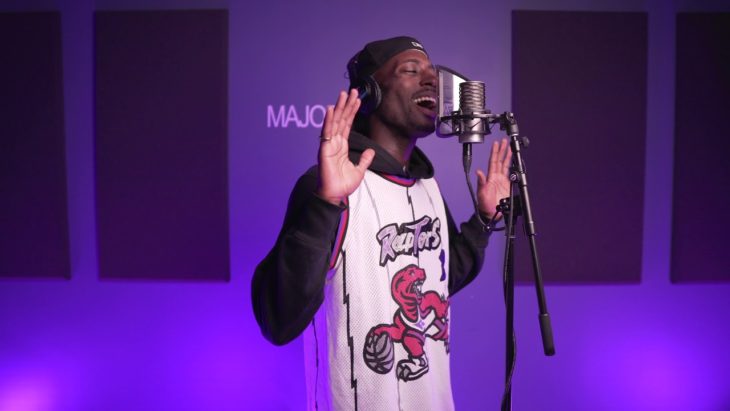 Dark ‘N’ Sharp’s standout singles are the album’s introduction track, Tap In, Coastin’, Waistlne, Sire and Spotlight. Coastin’ is a vibe-filled song with smooth bars over a currency Isochronic beat. Artist Kallyba, featured on the second verse, adds an engaging twist with a dance hall/reggae-inspired verse over airy guitars and smooth pianos. Sire is a radio-friendly track with simple keys and strings over catchy, bounce-filled lyrics. Waistline offers up a Caribbean Afro beat-inspired dance hall sound. Spotlight features frequent collaborator, High Grades Spot Light, and serves as a smooth, classic, older sample-based song with blues-like vocals that make for a nostalgic single that rounds out the album. Tap In is a fan favorite, setting off the energy of the album and setting up Yung as a formidable up and coming force in hip hop with its bold, prophetic lyrical sequences and unexpected beat intervals. 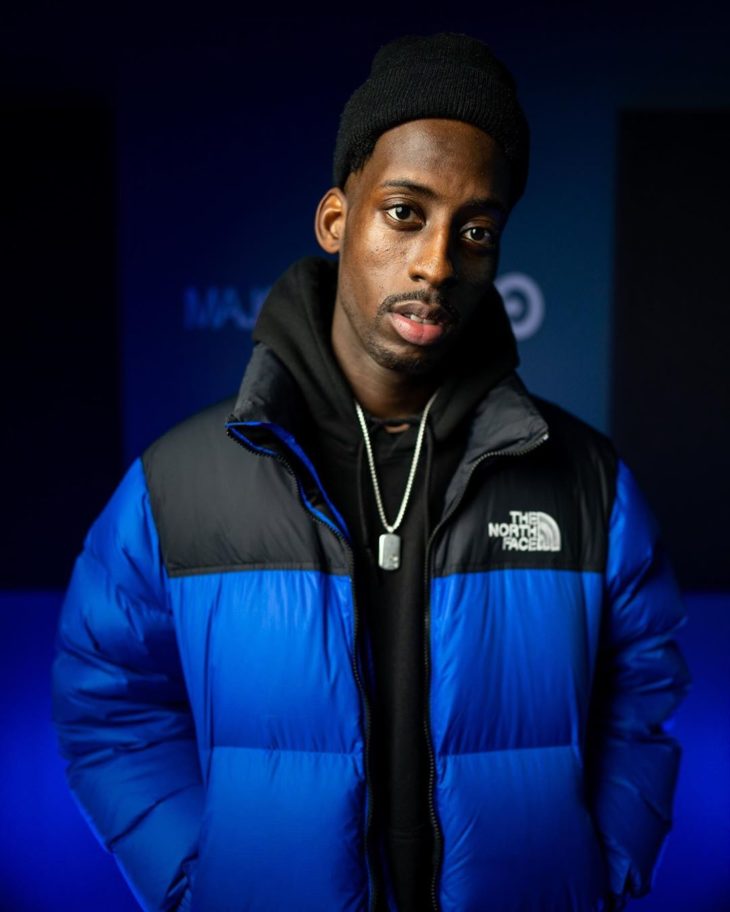 The Flatbush rapper is quick to claim New York as the city that raised him, and he puts an iconic New York stamp on his music. “I feel like each borough has their own style, but it’s all still cut from that same New York cloth,” he says. “New York is a melting pot and there are people from so many walks of life who claim New York and put out music, but the lyrics in my songs give away that I’m a New York artist.” And unlike many parents who might bristle Yung’s choice to forgo college for the recording studio, Yung says his family has his back one hundred percent and they couldn’t be prouder of his path. “I am beyond blessed to have my entire family in my corner with my music. I know that can be a rare thing, but they support me, completely and believe in me and the road I’m on.”

Tré Yung is paying more than lip service to his native, Brooklyn. For every thousand streams of Yung’s album, Dark ‘N’ Sharp, Yung donates $5.00 to CHiPS (Community Help in Park Slope), a Brooklyn-based non-profit organization helping to provide food and shelter to homeless single mothers and their children. Once Yung hit 50K streams of his album, he presented a $250 check to CHiPS, which was donated in December 2019. As his album streams inch their way to 100K streams, he will be presenting another check to the organization, which is close to his heart.

Whole lot more work to do but we on our way. Slowly but surely. #darkNsharp #parksideprospect #a2i

Yung found the experience of the check presentation to the organizers of CHiPS inspiring and emotional. “I grew up in an intact home with loving parents who gave me all that I needed. To think there are children out there who are not getting what they need, and mothers who are struggling to provide for these children, I feel compelled to continue to contribute.  At the end of the day, all of us are the some of the entirety of experiences and people with whom we have interacted throughout our entire lives.  Whether that is our family, our friends, our community.  Every single person helps shape and mold who we are and who we become.  So many people support and encourage me on a daily basis and it is just as important for me to continue to support everyone else, especially those who need it most.”

Tre Yung aka Donnie Durag will be appearing live in concert at SOB’s in New York City on January 28th at 7pm, along with artists Fred the Godson, G5ELZ, Des The Problem and Ciph Boogie.

Tré Yung’s album, Dark ‘N’ Sharp, is available through iTunes and on all major streaming services. For every 1,000 streams, funds continue to be donated to CHiPS, serving New York City’s homeless mothers and children. Visit https://www.treyung.com/.