I am greedy. I’m a greedy person. There, I said it. It was drilled into my head early in life that this was one of the most reprehensible things I could possibly be, besides maybe a liar. After all, to be greedy was to be an especially vile form of selfish, which I also was not supposed to be. For most of my early life, I was allured by the rush of gratification that came along with acquiring something new. I have a memory of riding in a car with my dad when I was around seven-years-old or so, apparently having just asked for something else, and him lamenting that I always wanted more, more, more; that it was the way my mind worked and that I was never satisfied. I don’t think he meant to sound as biting as he did, but those words stuck with me for a long time, and I assumed that my need for more was a dark streak within me, that I was more materialistic than others and that I’d always have to stifle this “sinful” part of myself to avoid becoming too shallow.

I was wrong about that.

My dad got part of his assumption right — I do always want more, but not in the way he thought. My relationship to stuff that I can buy and wear and hold in my hands has changed greatly in the last few years, more out of necessity than out of some noble desire to “live with less.” I had to find a way to dissociate some of my emotional entanglements with objects because I was just so damn sick of feeling suffocated by all my clutter. I was sick of wasting money on things I hated when dedicating thousands of hours each year to moving that stuff from one place to another within the same few rooms, gaining a false sense of productivity from it and calling it “tidying.” I still feel the desire to rush into a store when I see a particularly beautiful dress or jacket in the display window, and I still love material things as much as the next person, but I’m more measured than I used to be. So, he was off on that assessment. My hunger didn’t go away when I was freed from the cycle of stuff, it just took a less tangible form. I didn’t need more, more, more things. 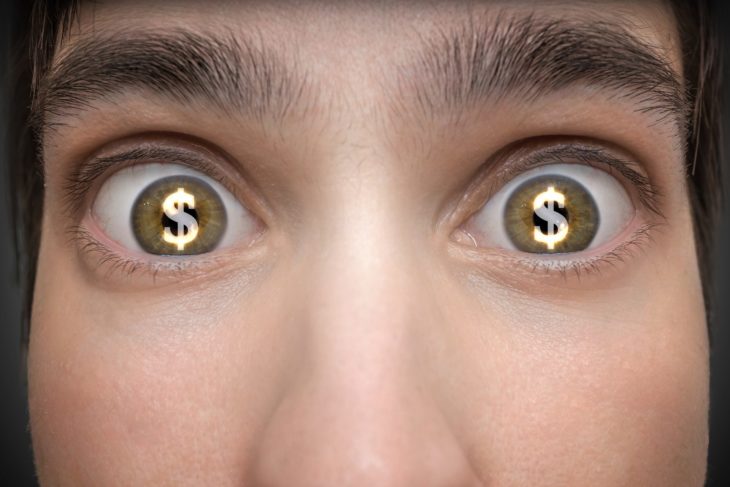 I did, however, want more for my life than just settling in my hometown before I had the chance to venture out and explore, which was just as uncomfortable for him at first as me being materialistic. I wanted more than a life of feeling caged and stagnant, I wanted more than a string of jobs that would trap me in a life of unpaid bills, I wanted a college degree no matter what it cost me, I wanted to try out lots of paths and and ways of doing things before settling into a groove. I wanted to lead a full life with whatever time I had, with as few “what if”s as I could manage, and I knew even as a kid that it was fruitless to wait for anyone’s permission to do that. I knew that if I wanted it I had to seek it out myself, and that I had to be, well, greedy about it.

I want to always be growing. I want comfort and security. I want to be surrounded by love in all its forms and give it right back. I want to feel a sense of control and mobility. I want to always be expanding in life, and sometimes, I want it all to happen right this second, as if I somehow deserve a break from all this busy life-building at the ripe old age of 22 (I don’t). I’m greedy for other things too, especially when I lay awake late at night: I want to live inside my nostalgia and best memories, I want more of things and people that no longer exist. I want to drown in my happiest moments and dodge pain altogether. I want more time with the people I love. I am emotionally greedy, and extremely unreasonable about it.

It doesn’t mean I’m ungrateful for what I do have. There’s a common assumption that greed means we’re trapped in an empty pursuit because we’re dissatisfied with the life we currently have. I call bullshit. I’m plenty greedy, but I don’t go through life actively running from or chasing a false high, or demons, or some elusive “next thing” that will finally satisfy me. So many people I’ve known (my father included) lived this way, but not me — or so I tell myself. I have lots of goals that I’d like to reach someday, but my present life is just fine in the meantime no matter how the future works out. I try my best not to make my happiness too conditional when I can manage it, and that includes not hinging it on whether or not I’m able to snatch up whatever thing I’ve been coveting lately. 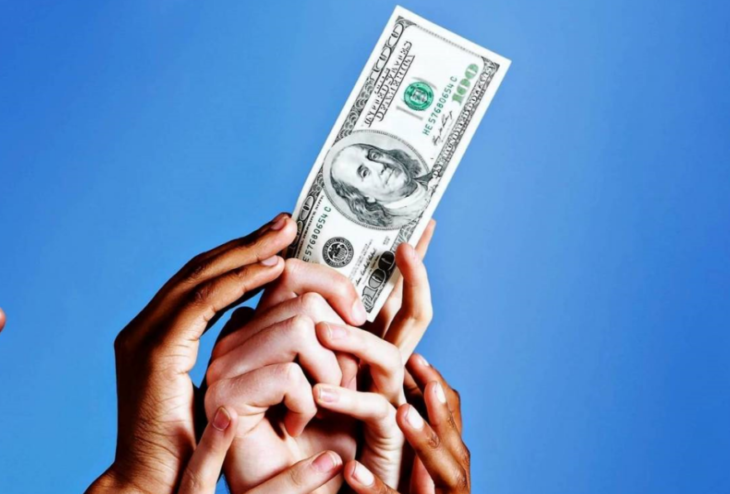 I think the cliche that things can’t bring you happiness is mostly true, but money is a different story. I’m inclined to agree that the simple act of making and stockpiling money, and filling your home with lavish shiny junk, doesn’t bring much joy. But money is the tool that buys the plane tickets and dinners out that create those joyful memories we cling to when we realize we can’t turn to our stuff for happiness anymore. Money is the very tangible ticket to an aspect of the emotional security I want. We never have much of any control in this life, but the false sense of stability that owning a home or a having a fat bank account creates makes that reality a whole lot easier to swallow. I like money, just like any other person on the planet. So sue me. I’m also shallow sometimes, because, sorry not sorry, being shallow occasionally feels really good. I won’t be ashamed of that. Or at least, I’ll try not to.

I think my dad started life with the same greed as I did. I think he had the very same need for more inside of him when he first left home as a teenager, around the same age I did to travel on his own and to pursue his version of “more.” I think he maybe forgot about that for just a second when we were in the car all those years ago. I think he forgot that your own greed is something to be respected and tended to, because if you leave that kind of hunger inside to be ignored and to fester, it will eat you up inside. You have to give your greed some life. I like to think that one some level, he understood.

Frisky Eats: Get More Protein & Save More Money By Making Your Own Greek Yogurt

The Full Guide to the Slots Streaming Trend

How to Get a Student Loan in the...