Vicky Pattison is Making New Instagram Brand, 17 Months After the Scandal With Ex-fiancee

Until now, Vicky Pattison had an Instagram account that was dedicated to the wedding diet, but she changed to a travel page. The first page was created during the engagement with the ex-fiancé John Noble.

The Geordie Shore star deleted all the photos from ‘VickysBridalBod’ and named the new account ‘VickysVacay’, and from now on, she will document her travels.

The 32-years-old star posted the first image from her holiday in Mexico where she attended her sister Laura’s wedding. She also wrote a caption: ‘A homage to my love for travel and exploring.’

In the photo, Pattison is wearing a white bikini, which reveals her stunning body. 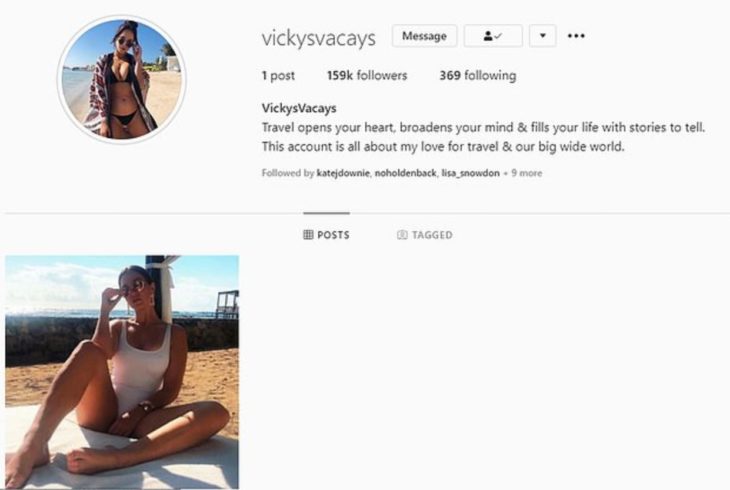 Vicky and her ex-fiancé were first noticed in the X Factor audience in 2016. At that time, they were already 10 years together. The couple announced their engagement in 2017, and the star was happy to show her a 3.6-carat marquise-cut diamond ring.

Sadly, in November 2018, Vicky found out that her beloved one was cheating on her. After the scandal, she was in the reality show made by her sad story, which was called Vicky Pattison: The Break Up.

The sad moments in Vicky’s life brought her amazing job opportunities as she started her Vicky’s Bridal Bod account, launched a wedding column, and filmed a TV show about her break-up.

Today’s page 3 in @thesun… ? Hope you’re all making the most of the lovely weather in back gardens, balconies and little walks this weekend. Spring really is in the air ?

The reality show star confessed that her job and marriage were getting too linked.

However, 17 months after the break-up, her page became a travel account where she wrote a caption.

“Welcome to my brand new account!!! A homage to my love for travel and exploring…  I’ve been wondering what to do with this account for awhile- I don’t know if you can remember, but it used to be Vickysbridalbod- but obvs that didn’t work out.. LOLS!” – wrote the star.