If you were to ask any farmer what their favorite animals are, cows would most likely be in the top five. And for good reason: they usually behave well, they don’t require fancy meals and, in turn, they provide both meat and delicious milk.

Speaking of milk, we have come a very long way from the old milking methods. While a hundred years ago, farmers would have to work for the milk, because it took you about half an hour per cow, nowadays they benefit from advanced machines, which you can see on silverlakefarms.com. They save you time since it takes about 10 minutes to milk a cow, and during this period you can get to work on something else, because you aren’t stuck there.

Back on the subject, it’s important to note that humans haven’t always been used to digesting cow milk. It contains a type of sugar called lactose, which you have probably heard about. Humans, as babies, produce lactase, an enzyme that allows the digestion of their mother’s milk. It is produced by cells that line the small intestine’s wall. But during early childhood, this enzyme would no longer be produced.

However, things changed over time. Evolution kicked in and most people are now able to produce lactase even in late adulthood. It is merely the result of a mutation in a section of our DNA that controls the lactase gene. Assistant professor Laure Ségurel claims that the first signs of lactase persistence started arising in Europe around 5000 BC.

Today, around 90% of the Northern-European population is lactase persistent. This is also true for a small part of Africa and the Middle East. But at the same time, drinking it is often considered risky in the largest portions of Africa, Asia, and South America because their ancestors did not indulge in this practice nearly as much so they have lactase nonpersistence. Even so, they can consume dairy products like cheese because the lactose in it was pretty much broken down by fermentation.

Why is cow milk so special? 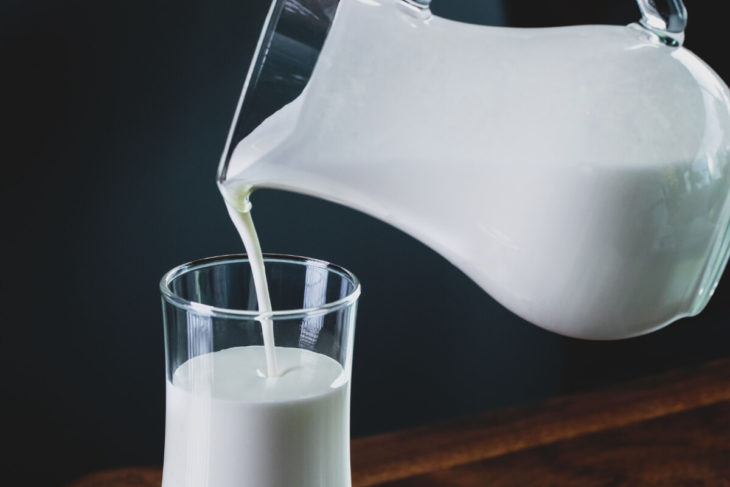 If you look at the market today, most people prefer cow milk over others, such as sheep, goat or vegetable milk – such as soy, almond milk, etc.

Is it just a taste preference or is there more to this story? Well, for starters, sheep and goat milk are mainly used to produce cheese. They’re rarely marketed for “as is” consumption. One factor might be that it is too salty for the average person’s taste and thus is more fitted to be transformed into cheese. Also, usually it is more expansive and that’s another reason why people tend to avoid it.

Another thing to take into consideration is that cows produce more milk than the other two animals, which makes it easier to mass-produce, bottle, and transport the dairy to shops. Not only that, most farmers prefer raising cows because of their friendliness. Yes, cows are some of the most friendly animals you’ll ever encounter, they love being petted, especially on their belly, they are smart and also have a good memory.

You might ask “but what about the non-dairy alternatives?”. It’s safe to assume that a lot of people don’t drink soy or almond milk simply because of the taste. While not awful, it’s not the same taste as cow one, and people are generally used to sticking with what they know and love. Despite that, vegetable milk is also enhanced with vitamin D and proteins as well and sometimes it can have less sugar than regular one.

There’s also the fact that cow milk is also highly nutritious, with one glass containing up to 7.7 grams of proteins, which is more than what’s found in other non-meat products, plus other nutrients such as calcium and phosphorus, vital elements for healthy teeth and bones. And even its fatty acids are generally beneficial. Unlike trans fats found in processed foods, cow milk fat is healthy because it can help raise the good cholesterol levels(HDL).

What should you do if you’re lactose intolerant 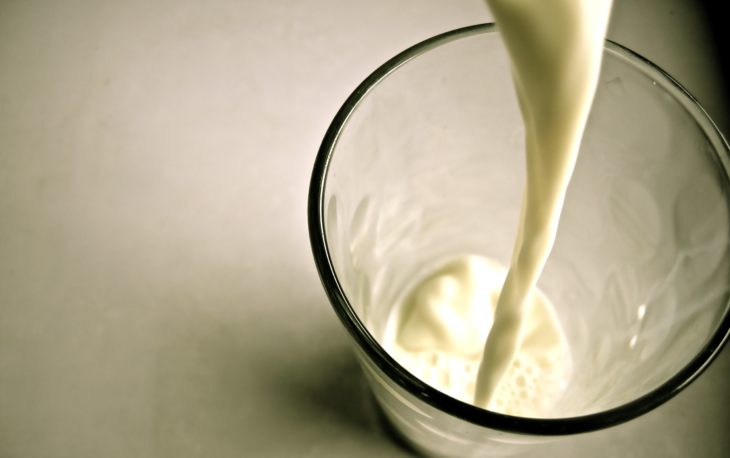 Even though cow milk is an important addition to one’s diet due to its health benefits, if you’re lactose intolerant there’s nothing you can do, since you don’t want stomach pain or other symptoms caused by lactose malabsorption. However, if you still crave dairy products, you have the aforementioned alternatives such as soy and almond milk. Tofu is another great alternative to dairy, even though it’s considered an acquired taste. Also, nowadays you can find lactose-free milk that has added calcium which tastes pretty similar to regular one.

A close non-dairy alternative to cow’s milk is coconut milk, as shocking as it might seem. It is extracted from mature coconuts and it may also help keep your cholesterol under control. Although not nearly as nutritious, it is still the closest thing regarding texture and health benefits. Soy and almond milk have a lower nutritional value and on top of that, many reports show that soy contains high amounts of estrogen, which negatively impacts males, but on the other hand, some women stated that consuming soy milk, helped in reducing some symptoms of menopause.

If you still want proper calcium intake even if you don’t like coconuts, look for fortified versions of almond, flax and hemp milk. The fortified versions have added calcium, so you still get a part of the health benefits coming from natural milk. Some of these non-dairy products also have essential amino acids and a hemp beverage won’t separate if you add it in hot drinks like coffee or tea.

Also, sometimes, even people that suffer from lactose-intolerance may be able to ingest small portions of dairy.

5 Things to Know When Buying a French Bulldog Puppy

LOVE HOROSCOPE 2022: Taurus, Virgo, Libra, and Capricorn Will Love You to Death