Although it is widely known that Cuba is a country where one lives without much money but happily, many are surprised by the fact that it is one of the countries with the highest literacy rate. Education, as well as healthcare, are free and of high quality. Many believe that Cuba and Havana should be visited before they lose their authenticity, which is possible if the trends of opening Cuba to the world, the arrival of investors and the development of tourism, and even the arrival of companies from the United States of America slow down. However, the change should not always be viewed negatively, and if you want to forget the modern world for a moment, visit this island of colors, the famous Che Guevara, Fidel Castro and the old-timers that are reminiscent of the past.

Havana is the capital of Cuba and is, therefore, one of the most interesting places for a large number of tourists. In Havana you will have the opportunity to learn a great deal about the history and culture of Cuba, try home-made tobacco and rum, dance salsa on the street, and meet its residents who are kind and know how to enjoy life.

We have put together a list of things you should not miss when you are in Havana, to help you get to know this city from as many different angles as possible. Also since there are so many things to see, we recommend the Havana tour guide. Sightseeing will then be even more relaxed. Also, no one can better guide you to the history of the city and hidden gems than some local guides. You can find your own local Cuba guide here. 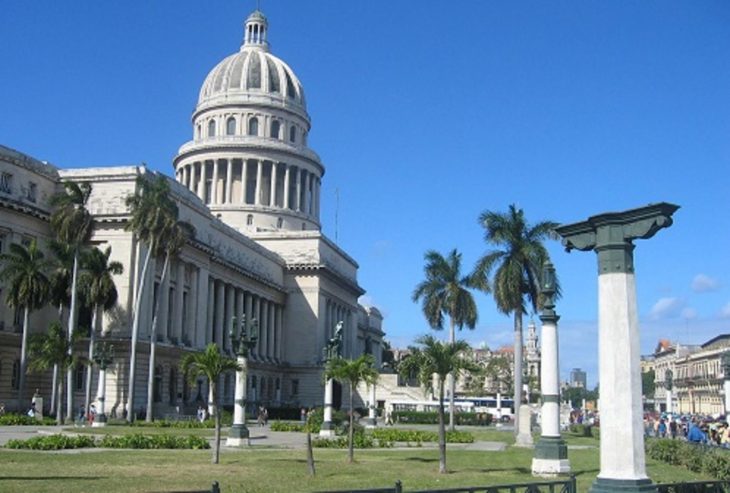 A symbol of Havana and one of the most visited places in the city, El Capitolio, with American financial assistance, was built between 1926 and 1929, during the reign of dictator Gerardo Machado.

After the revolution, Fieldel Castro dissolved the parliament and El Capitolio became the building of the Academy of Sciences and later the Ministry of Science, and, as is the case with most buildings in Cuba, is not sufficiently maintained.

However, El Capitolio has been designated a National Monument in 2010 and detailed restoration work is underway. 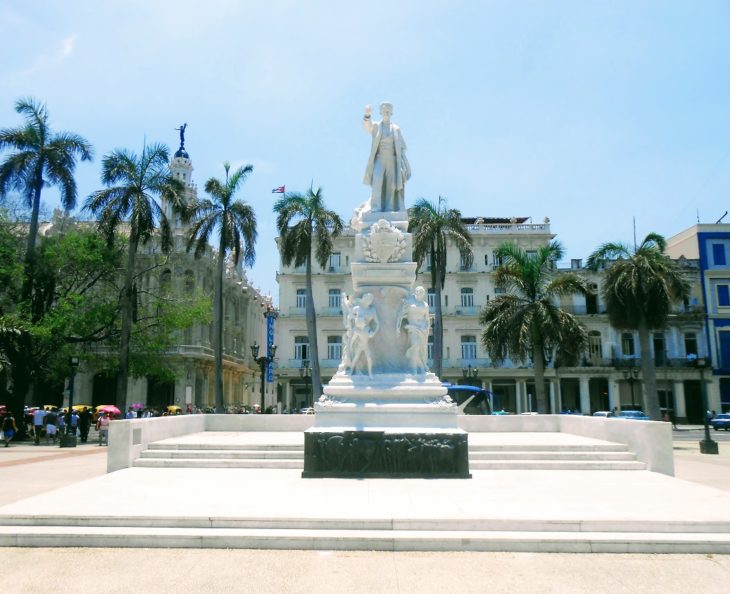 Right next to El Capitolio is Central Park, one of the city’s main squares decorated with palm trees and other plants, stone benches and fountains.

In the center of this square is a statue of Jose Marti, the first statue of this Cuban national hero erected in the country in 1905, on the tenth anniversary of his death. There are exactly 28 palm trees on the square that symbolize the date of Marti’s birth.

Aside from Central Park being a place for locals to meet, this is a good starting point for exploring Havana, whether you want to tour the city on foot, by bus or old timer.

Central Park is also surrounded by many beautiful and significant buildings, the most famous of which is the neo-Baroque theater building, otherwise home to a national ballet troupe. In addition to theaters, you will find hotels around Central Park as well as the National Museum of Fine Arts.

There are also beautiful old timers parked here, which you probably can’t find anywhere else in the world but here. You can rent them. 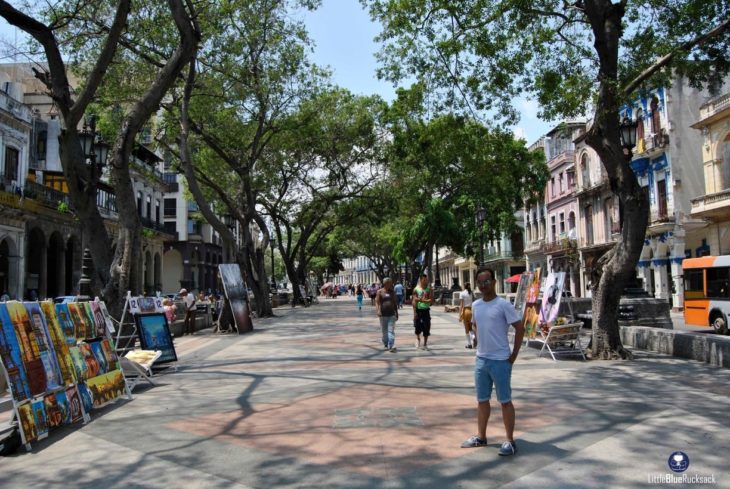 Continuing on the street along the west side of Central Park, the Paseo del Prado (also known as the Paseo del Marti) is a promenade in Havana that takes you practically to Malecón, the city’s esplanade.

This beautiful promenade is one of the oldest streets in Havana, which got its present appearance in the late 1920s.

Along the promenade, trees are planted, and in addition Paseo del Prado is known for its stone-marble benches, art lamps and bronze lions.

Except that this promenade is incredibly well maintained, it is also known for its phenomenal colonial structures along its entire length.

Here the locals meet, the children play, the street vendors offer their handicrafts and other souvenirs. The promenade is also used to hold cultural activities and exhibit works of art. 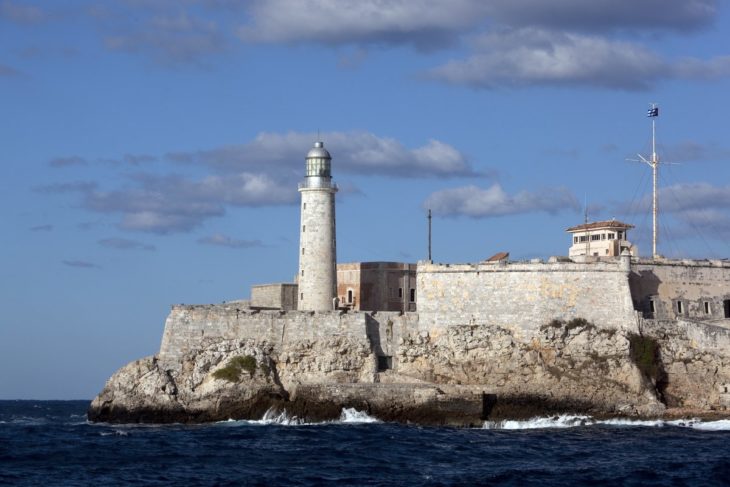 Fort Morro – or Castillo San Felipe del Morro – is a coastal fort built in the 17th century to defend the Havana.

Although it preserved the city from several attacks, it fell under British attack in the 18th century. The Spaniards quickly recaptured it, after which they built another fort to increase security.

That’s how La Cabaña was built, the second largest colonial fort in the so-called. To the New World. Morro and La Cabaña belong to the defense complex, which is among the most visited attractions in Havana.

Today you can visit the walls, lighthouse, museum, places of execution, as well as buy souvenirs. At La Cabaña, it is best to attend a ceremony called the Cañonazo de las nueve, happening every evening at 9pm. Cannons are then fired to announce the closure of city gates. 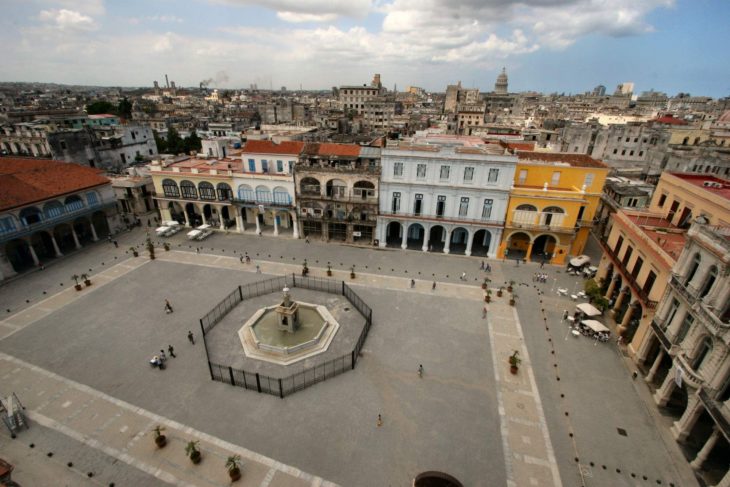 The Plaza de Armas is the square that Obispo Street intersects with. The oldest colonial square in Havana, the Arms Square was built at the same time as Obispo, named after military exercises and parades that took place here.

In the middle of the square is a monument to Cuban hero Carlos Manuel de Cespedes, surrounded by colorful flowers, palm trees and other plants.

It also houses the Museum of the City, a magnificent Baroque building where Spanish governors and later Cuban presidents once lived. It is interesting to know that there is a wooden parquet in front of this building, most likely set up so that the carriages passing by would not disturb the governor.

A magnificent house reminiscent of Greco-Roman temples was also built on Arms Square – and aptly named the Temple. 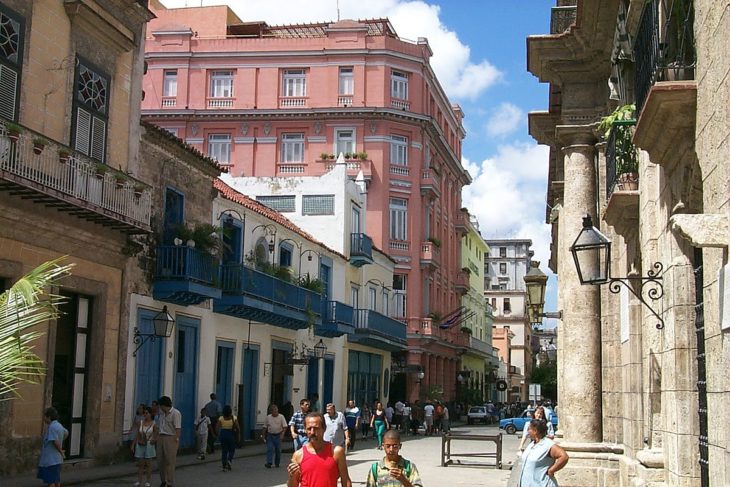 The history of this street goes back to 1519, just 4 years after the founding of Havana. Although it may seem strange to us that the main pedestrian zone in Havana is a rather narrow street, Obispo Street is deliberately designed to protect people from the strong Cuban sun.

Over the centuries, the street has borne various names, changing its name over 40 times, and getting its present name in 1936, by the two bishops who lived here. 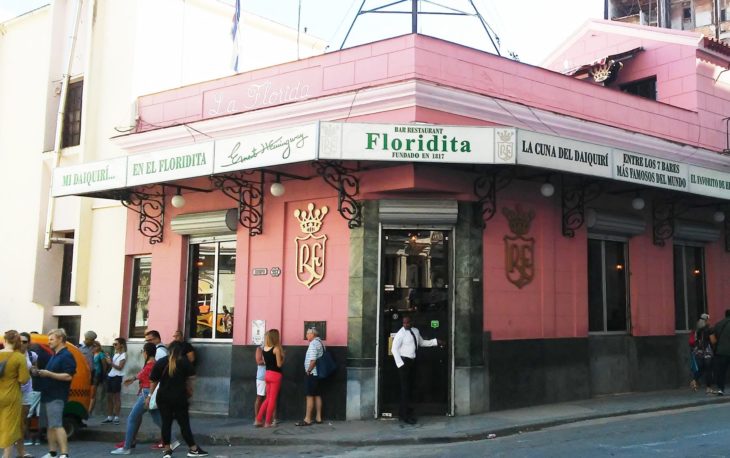 For all fans of American literature and good cocktails, the Floridita Bar is a must-see stop during your stay in Havana. Floridita is the birthplace of daiquiri and one of Ernest Hemingway’s favorite bars. Floridita is located at the very end of Obispo Street.

Opened far back in 1817, in the same place it is today, under the name of Silver Pineapple, at least 100 years later it changes its name to Floridita because of the large number of American tourists in Havana.

Nobel laureate Ernest Hemigway was already living in Havana, at the nearby Ambos Mundos Hotel, spending much of his time in Florida, continuing to visit at least all his time while in Cuba.

There are many things in Florida today that belong to a famous writer – but what attracts the most attention is the bronze statue of Hemingway in his place at the bar.

That would be our top list of things to see or do in Havana. It is clear that this city has much more to offer tourists, but this is what we think you would like best if you are limited in time. We hope this guide will help you plan your trip to Cuba or at least bring this beautiful country closer to you.

Importance of Telecommunications in the World

7 Best Souvenirs to Bring from Your Trip...