Following a spate of gang rapes in India in the past several months, the Times Of India newspaper is running quarter-page ads imploring men to treat women with respect through the stark statement, “The true test of your manhood is how you treat a woman. All women. Any woman. Every woman.” I’m pleased the newspaper is questioning traditional aspects of toxic masculinity, like “rash driving” and “drunken brawls,” which some men do think defines their manhood. Yet I also think their conclusion about proving your manhood by behaving a certain way (even if it’s the right way) is problematic: “If you do not respect women, you are only half a man.” That’s the flip side of the same thinking that says guys aren’t manly if they don’t want sex all the time. Just like sexist expectations of femininity can imprison women, sexist expectations can imprison men, too. I’m all for eradicating rape culture everywhere. But the answer isn’t to tell men to act like “real men,” it’s to tell them to act like good human beings. [Our Mobile World] 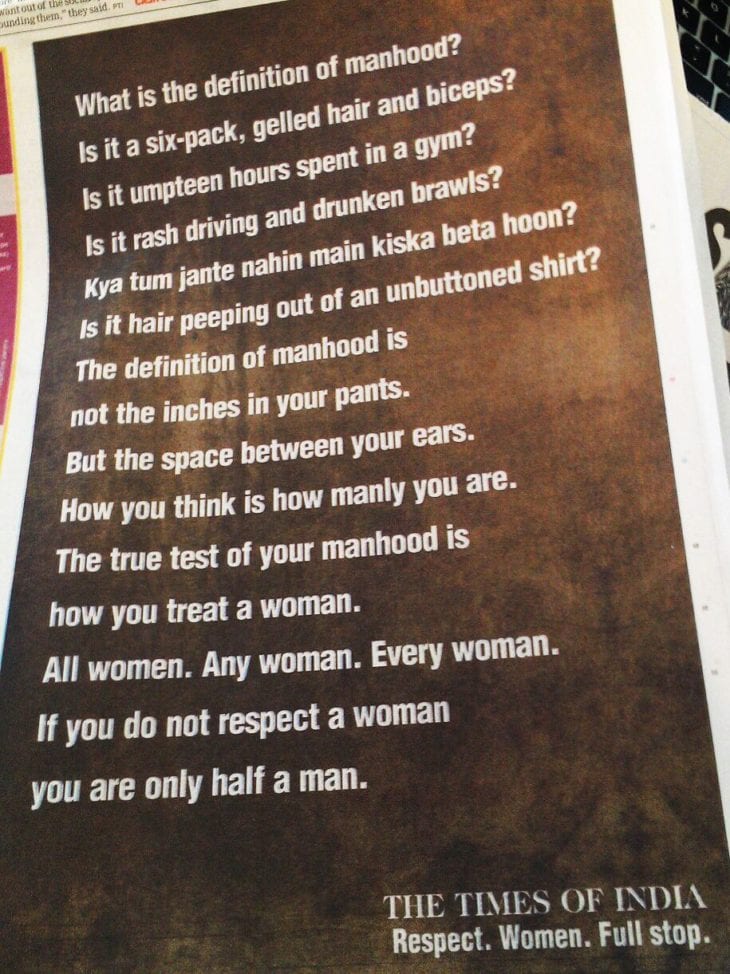