With All These Great Movies, Where Are the Tie-in Games?

There was once a golden era where each film production company wanted to milk their creation for all it was worth by releasing a tie-in or adaptation game alongside the cinematic release. In their prime, these movie games would allow fans to immerse themselves in the setting and take on the challenges of their favorite on-screen characters.

Over the years, this genre in gaming died off, and yet the movie releases became increasingly worthy of inspiration for game developers. The later stages of the Marvel Cinematic Universe, Aquaman, the James Bond movies, and the Jurassic World series all look prime for direct game adaptations. A game based on the must-see Avengers: Endgame could span so many gameplay features and, of course, stage a colossal battle.

Movie theatres are going all-in on adapting the creations of game developers, as shown by the list from Screen Rant, but the trade doesn’t seem to be going the other way. With gaming now in a vastly superior form than it was a decade ago, why did the once-glorious movie games fade away, and are any developers trying to rekindle the old ways?

They were great, but then they faded

Perhaps the most iconic movie game to point to as evidence of the genre being superb in its heyday is that of GoldenEye 007. It was such a monumental title for the industry that NME reports a documentary on the game being made. While the graphics don’t hold up too well now, it was game-changing for the shooter genre in 1997, facilitating a bond between movie and game companies.

Along with GoldenEye, the cinematic epics of The Lord of the Rings trilogy were brought to game consoles of the day. As relayed by Looper in their LOTR games list, even though the adaptation of the first movie was weak, the games that directly adapted The Two Towers and The Return of the King was top-class and are still remembered among the best Middle-earth games.

Even though the saga was massive, from originals to prequels, the Star Wars games drawn from the universe established in the films made the franchise even more prominent. While Star Wars: Knights of the Old Republic is hailed as the best Star Wars game, Star Wars: Battlefront II phenomenally drew from the films with its Galactic Conquest, Rise of the Empire, and Instant Action game modes.

However, as movie-making schedules became tighter, creating games that met the standards of modern hardware became a more lengthy process, so the two mediums became incompatible – not that they didn’t keep trying. As described by the New Statesman, this resulted in many bad games, so eventually, the genre was left to studios like Lego.

With new forms of gaming entertainment options emerging, this once-loved genre has been able to make a comeback.

Bringing back the direct adaptation in a different way

So many exciting movies have been released that lend themselves to movies, but there has also been a surge in the production value and genre expansion of TV shows. The likes of Narcos, in which Wagner Moura famously portrayed Pablo Escobar, Marco Polo, The Last Kingdom, and His Dark Materials, would all make for riveting direct remakes into games. However, such experiences that would do justice to the titles within the limits and expectations of console gaming would take several years. So developers of other popular game types took up the mantle, infusing the themes of popular shows and movies into their entertainment offerings. The likes of Game of Thrones, Narcos, and Bridesmaids are some of Betway’s most popular slot titles. As the games take less time to build and yet can pull in moments and create features from the entertainment properties, the developers can do right by the IP within the bounds of their medium.

Direct video game adaptations of blockbuster movies are nearly impossible to create for cinematic release dates. As you can see from the expansive Marvel Cinematic Universe releasing two or three films per year, compared to the sequel to the PlayStation smash hit The Last of Us coming seven years later, the timeframes don’t align.

However, the top-class movies that could be transformed into games often feature a great deal of world-building and offer an exciting environment that game creatives can certainly utilize. For example, the Mad Max game may not be the best of its genre, but it is fun and embraces the world created by the film saga – particularly what was shown in Mad Max: Fury Road – very well.

Last year, developers Bloober Team decided to make a game based on the 1999 movie The Blair Witch Project. Even though it had been a long time since its release, the team decided to build a story in the same setting (Black Hills Forest) but two years later to give them the more creative rein. 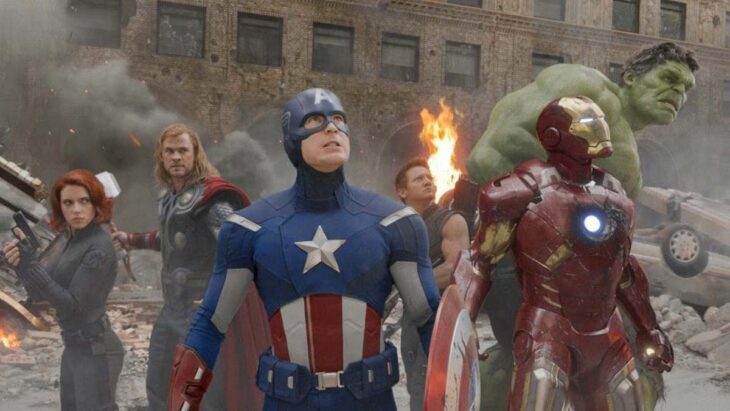 Finally, there’s Jurassic World Evolution. It doesn’t follow the story of the new movies as a park-builder simulation game, but it uses the character and dinosaur designs. In its most recent update, Return to Jurassic Park, the game brought back the actors from the original movies – Sam Neill, Laura Dern, and Jeff Goldblum – to reprise their roles within the game, further tying it to the cinematic universe.

While console development and movie production are far too out of sync to be compatible, entertainment studios that work on a smaller scale have picked up the genre of direct adaptations. This has allowed for game development teams to be more creative when using the IP, not needing to rush the game to release.

Classic Card Games and How to Win Them