The realm of movies is as diverse as it is fascinating. Science fiction is a genre that allows creators to explore, experiment, and let their imaginations run wild. From post-apocalyptic scenarios to futuristic takes on life, science, and technology, the possibilities are infinite. Kristen Rose reminisced about her experience while working on Eddie Alcazar’s ‘Perfect,’ a movie that offered a nuanced interpretation of human enhancement, a pursuit of perfection, and its questionable consequences.

Rose found the script fascinating as she explored the story and crafted her performance to meld into the narrative. Rose added, “The story was experimentative, bold, and resonated with current trends. The world today is obsessed with altering their appearances in the pursuit to look perfect. It was an enriching experience to be part of this film and explore a movie that wasn’t afraid to explore unchartered waters.”

We live in a world where everything from your eye color, hair, nose, face, and body can be augmented, modified, or customized to your liking. This can be achieved through plastic surgery and assorted operations, procedures, and enhancements. “Perfect” addressed a burning issue in today’s society, does perfection need to exist? Does it even matter? Though people’s answers to this question may vary, those who say yes are taken on a journey to comprehend the consequences of perceived perfection. 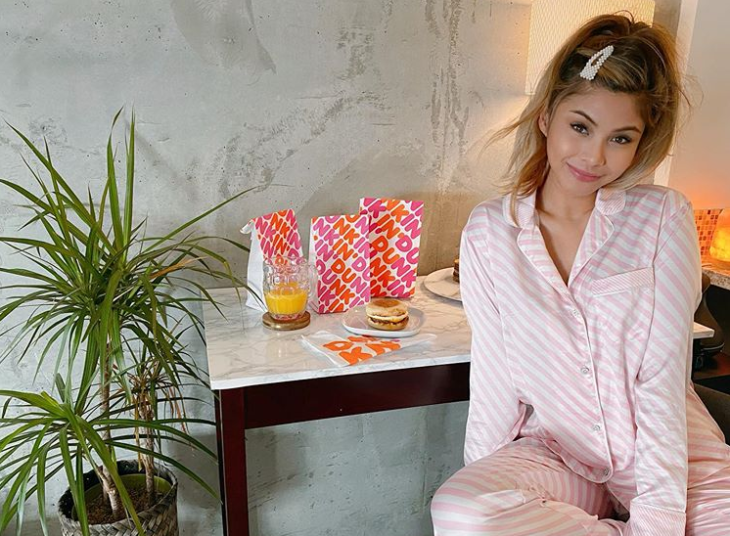 An exciting amalgamation of science-fiction and suspense with a hint of horror, ‘Perfect’ touched upon the subject of human augmentation where human characteristics and attributes are physically inserted into the protagonist’s body. It drew a parallel with the real world, where people are drawn continuously towards perfection. The film’s overarching theme made it ominously clear that everything comes at a price, that every choice you make has rippling consequences.

Kristen Rose recollects how she prepared to breathe life into her character “Aiml” in a world where most characters seem to be cold, robotic, and devoid of emotion. Rose explained, “It was exhilarating to work with a script like this. As an actor, I worked outside my comfort zone to do justice to my portrayal of Aiml. I had to emulate a character whose emotions were muffled, and her motive in the movie was equally mysterious. It helped me evolve as an actor.”

The film takes you on a journey brimming with suspense, stunning visuals, and an enchanting score from Flying Lotus, to help create a truly immersive experience. Rose spoke about how she prepared for the role. As opposed to non-fiction plots and characters, Perfect’s science fiction roots were a new challenge for her to tackle. Conventional methods of preparation were cast aside. Kristen visualized every aspect of her character and added her personal touch to make her performance feel real and to strike a chord with the audience. 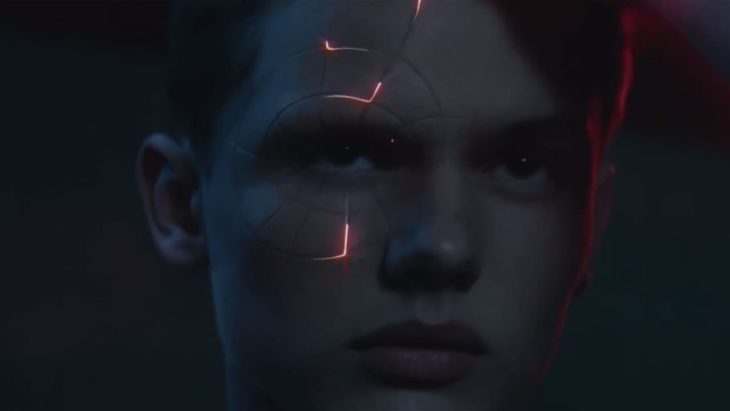 Through this movie, the audience is allowed to question the outcome. Was it indeed worth it? Is perfection nothing more than our perception of reality? In the end, would you make the same choices that Vessel did, or do you believe that perfection doesn’t need to exist at all? Kristen enjoyed every moment of being part of “Perfect,” as she had the opportunity to learn from legends like Steven Spielberg, among others.

Kristen Rose has established herself as a reputed model, actor, and social media influencer in a relatively short period. Along the way, she has garnered a significant fan base on her Instagram account, goldenrose.k, with more than 140,000 followers. Kristen enjoys sharing posts about her work, life, and motivation. She loves traveling and shares pictures of her exploits regularly. From scenic beaches to lounging poolside, Kristen enjoys sharing her thoughts and advice with her fans. Kristen loves dawning the latest couture and simultaneously encourages people to keep things real.

Kristen has worked with numerous hair, beauty, and cosmetic brands. She only supports brands or products that she uses. In a world cluttered with mundane marketing, Kristen prefers to remain true to herself. She is confident, exuberant, and bubbly, traits that she encourages her fans to embrace wholeheartedly. 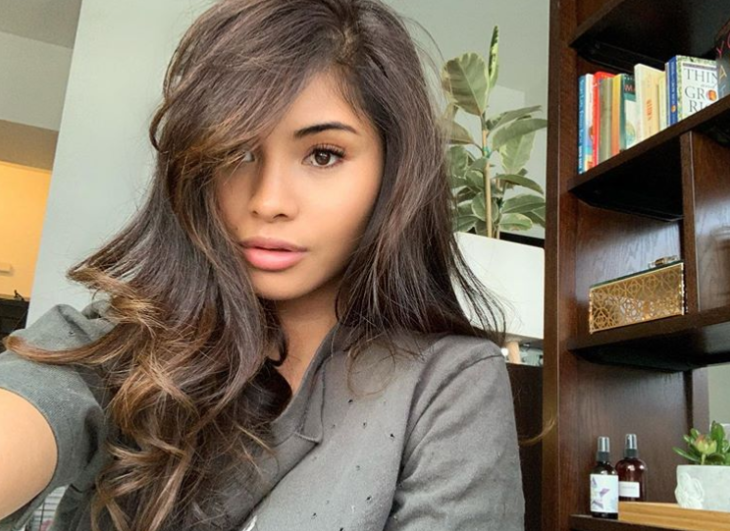 Through her Instagram handle, Kristen spends time reaching out to her audience with motivational posts to encourage them to work hard and prosper. She advocates the power of embracing a positive mindset and striving to scale new heights. In an era, where people enjoy exaggerating their lives on social media, Kristen always reminds her audience to stay focused, and seek joy in the small pleasures of life. Kristen’s mantra in life is to grow continually, evolve, and learn. She believes it has helped her thrive both personally and professionally.

When she isn’t setting camera’s ablaze, Kristen loves spending time at home, binging on popular TV shows, or simply resting up. She constantly reminds people that beneath the glitz and glamour, it is essential to take some time off and indulge in things that make you truly happy. Apart from family, Kristen loves spending time with her Siberian Husky and is an avid animal lover.

Kristen moved to Los Angeles in 2015 to pursue a career in acting. Her aptitude for acting and passion to excel catapulted her into the limelight. Kristen believes in hard work, discipline, and consistent effort to achieve her goals. Today, Kristen is an accomplished model, actress, and social media influencer. She is ranked #111 on 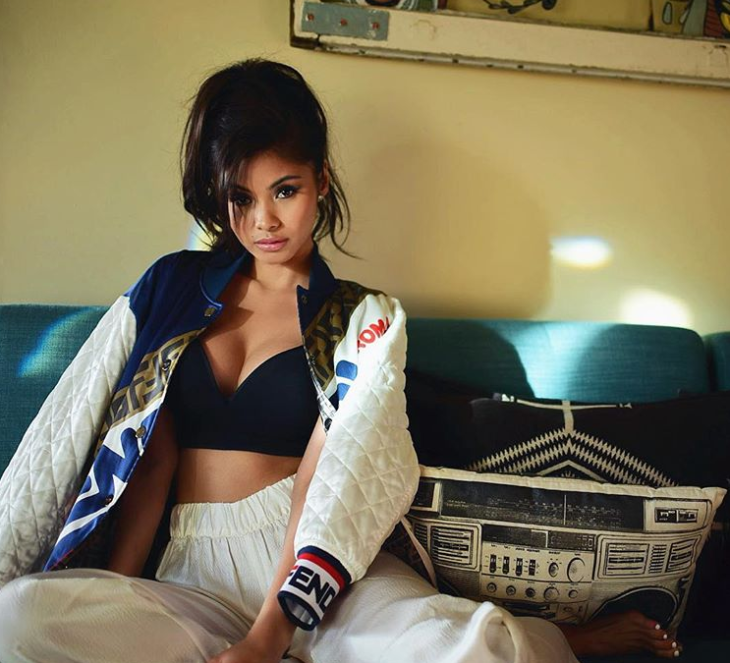 as one of the most beautiful actresses in Hollywood. Kristen elaborated further, “I chose to pursue acting because I love telling stories and connecting with people. I love embodying a character and bringing it to life. I wanted to be able to make people feel something.”

Kristen thoroughly enjoyed working on ‘Perfect.’ She felt it helped her broaden her horizons as an actor by exploring a genre that was previously unfamiliar territory. Rose has also received appreciation for her roles in movies like “Driven Under” and “My Alien Girlfriend”. Kristen has come a long way and is respected for her grit and determination to excel as an actor. She has several upcoming projects in 2020 and beyond. Kristen is living her dream as she strives to leave her mark in Hollywood.