Would You Wear Glow-In-The-Dark Underwear?

Here it is only three days away from Halloween and I still have no idea what I’m going to dress up as. I suppose if I wanted to go the sexy route — which I don’t think I do — I could always skip the costume altogether and don this glow-in-the-dark lingerie in a private party for two. The bra and briefs set, called the “Boudoir Collection,” was created by Australian company, Luminglow. The designer, 55-year-old Jan Hawley, said the idea came from her two grown sons. Naturally! Don’t most designers get their ideas for racy lingerie from their kids? “I have to laugh discussing knickers and bras with my sons and asking them what they like and think looks good. It’s hilarious. I can only say its been an illuminating experience from beginning to end.” Hawley says. The bra sells for about $46, the lace briefs for about $26. [via Daily Mail] 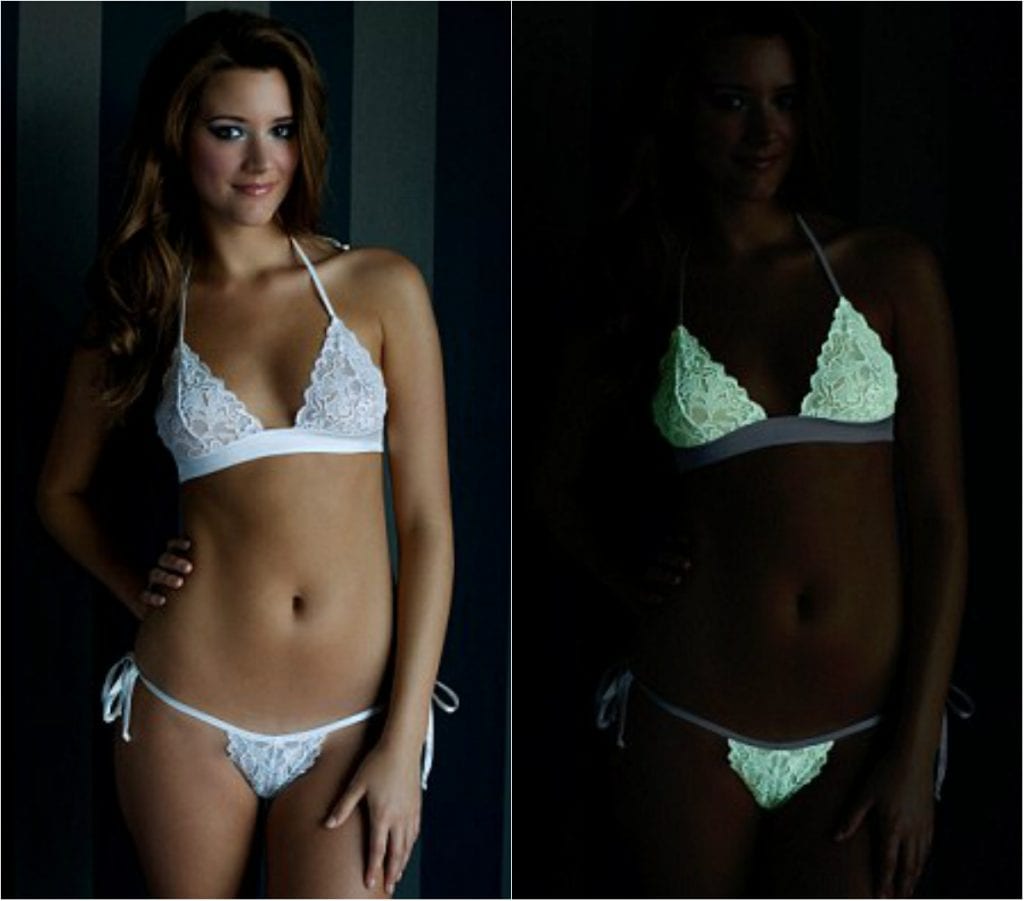 WWJDD: “I Don’t Like The Way Her Vagina Smells”

Girl Talk: It Says A Lot About A Man If He Can’t Handle Rejection