*UPDATE*–Apparently this whole thing is a totally bizarre hoax perpetrated by John Albrecht, Jr., author of the Inquistr post, and his girlfriend–who just so happens to be Jessica Eckerdt.

After receiving a complaint from a very concerned mom in Arizona, Costco is no longer selling the dinosaur picture in the photo above. What was she so concerned about, you ask? Hidden Satanic messages, of course!

Jessica Eckerdt of Queen Creek purchased the cake for her son’s birthday party, and just as they were singing “Happy Birthday To You,” she suddenly noticed that the dinosaurs feet looked suspiciously like “666.”

Eckerdt wrote to the company:

“I was extremely shocked and upset to see a demonic symbol written clear as day on my six-year-old son’s birthday cake. What was supposed to be a whimsical dinosaur became something very distasteful. I was extremely surprised at Costco for allowing such an inappropriate joke be sold to an unsuspecting victim.”

If that is not enough to convince you that Costco is clearly in league with the devil and trying to spread his evil message to six year-old children, John Albrecht of the Inquisitr points out that there at the time the cake was purchased, there were 666 Costco stores in existence. Coincidence? Of course not! Costco is also where I buy all of my bulk tannis root! 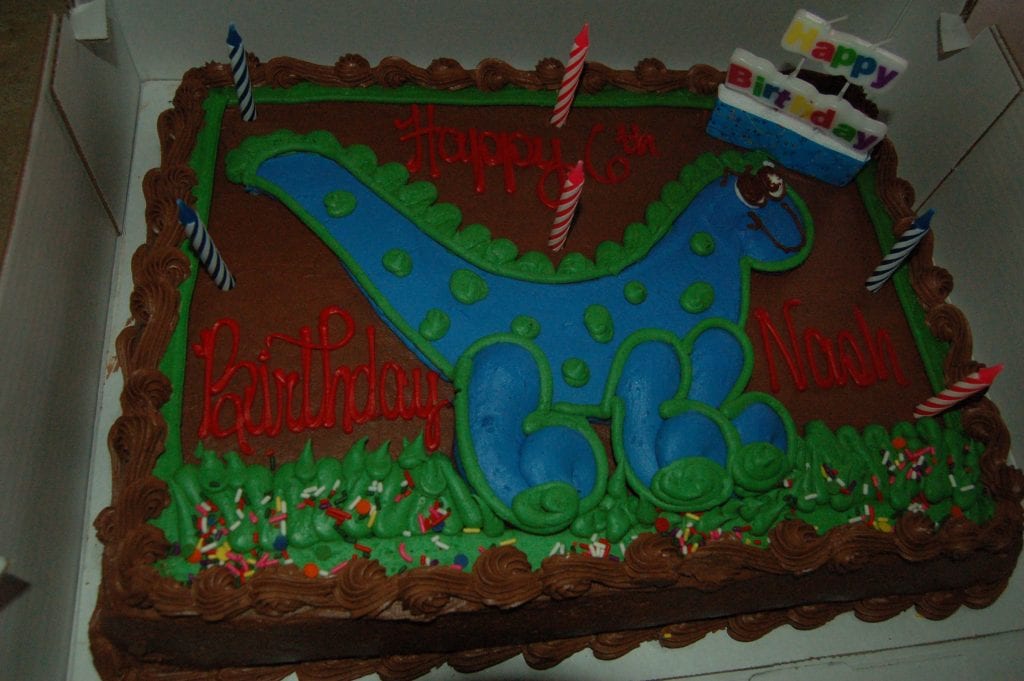 Incidentally, when I first showed this article to Amelia, she assumed that the very concerned mother thought the dinosaurs feet looked like dicks. Which they kind of do. So maybe it’s actually a recruitment tool for an evil Satanic Sex Cult, which were known to not exist back in the 80s.

Costco has since pulled the cake from its website, which means they’re just going to have to find a new way to indoctrinate children into their Satanic Underground Wholesale Club.

True Story: My Classmate Tried To Use My Adult Film Career To Embarrass Me

12 Celebrities Who Sold Their Soul to Satan…