Yuliia Korienkova is making waves in the world of art through her robotic art. If that was not enough, she plans to collaborate with the ace Mexican artist Gilda Garza. Here’s her story.

Korienkova is known for creating artworks that run on Artificial Intelligence (AI). She brings different artistic techniques together on the canvas and adds a third dimension to her paintings using technology. The result is – an art that literally interacts with the onlookers. This young female artist has earned a reputation for her art across the Middle East and Europe. 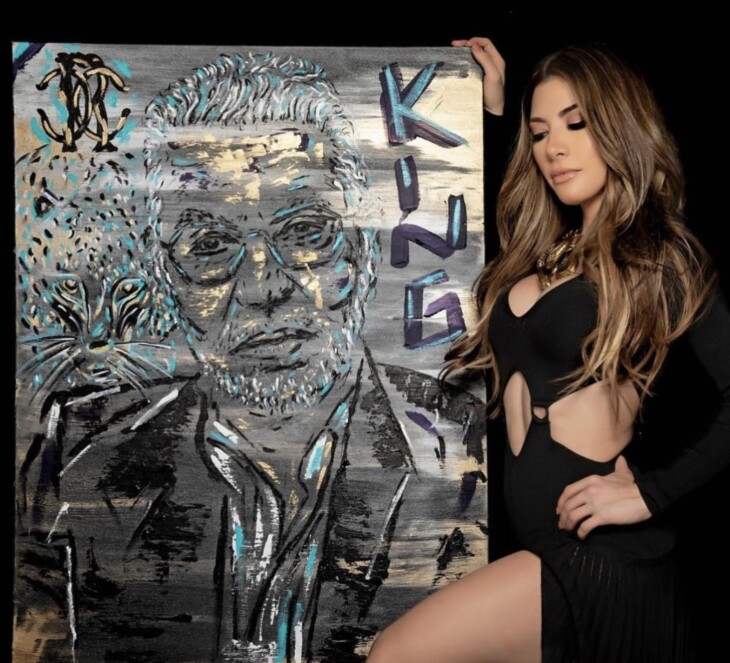 Korienkova aims to promote discussions, innovations, and progressive ideas through her art for a better world. No wonder the world is going gaga over her futuristic art, and it seems one of her admirers is the famous Mexican artist Garza. Korienkova does not want to miss the opportunity to strike while the iron is still hot, so she is gung-ho about collaborating with Garza.

The philosophy of Korienkova ’s art that makes it so innovative and unorthodox is that just as human society rapidly evolves from customers to consumers, and everything is being transformed into applications and devices, so should art.

Korienkova deeply admires Garza, who in 2017 became the second artist ever behind Andy Warhol to get her work of art featured on the front cover of Playboy Magazine. Additionally, House of Bijan has displayed Garza art pieces in the Rodeo Drive boutique in the famous Rodeo Drive in Beverly Hills, California. Garza says, “All work of art I paint carries a piece of my heart and a part of my soul in it.” Apart from Korienkova, Garza is set to collaborate with one of the largest Napa Valley wineries and present an eagerly-anticipated exhibit in Europe. 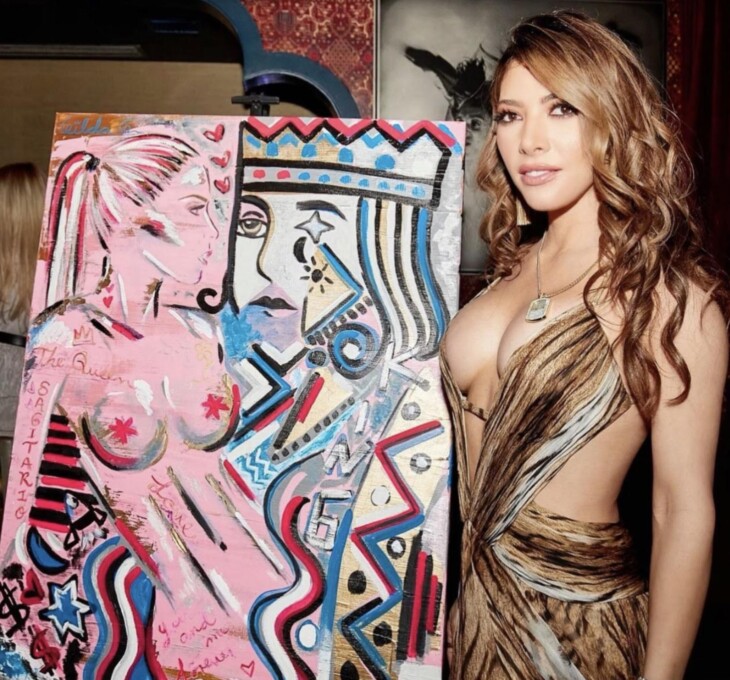 Like Korienkova, Garza has gained a vast celebrity following. She has painted for some big names, most recently for Snoop Dogg to whom she gifted his own portrait during a private yacht party organized in her honor. Ask Korienkova what she thinks makes so many people, including top celebrities, admire Garza’s work. She shares, “As far as I know, Garza’s work emphasizes on original expressionist style with a mix of pop art. Her art presents the world through a subjective lens which in turn evokes the right moods, emotions, and ideas. No wonder her work has attracted the attention of renowned art collectors around the globe.” Ask Garza what inspires her art, and she says, “Relationships. You see, in a relationship, your partner needs to make you feel like royalty. Given all of the images popularized by social media, people often feel disenchanted with themselves. I create art that inspires people to pursue love and surround themselves with people that treat them like royalty that they are. Growing up, I always saw how my grandfather treated my grandmother like a queen and vice versa. The mutual respect fueled their everlasting love and my desire to never settle for mediocre art.’

Garza is famously known as the first artist to organize an art exhibition on the Las Vegas strip. Since that time, she has put together many collections in the iconic Caesars Palace Hotel. She is also known for her popular collaborations. Recently Garza joined hands with renowned fashion designer Roberto Cavalli, where she is seen converting her artwork into Haute Couture dresses. The world is now keenly waiting for her next collaborative art with the spectacular Korienkova Korienkova – the robotic art whizz. 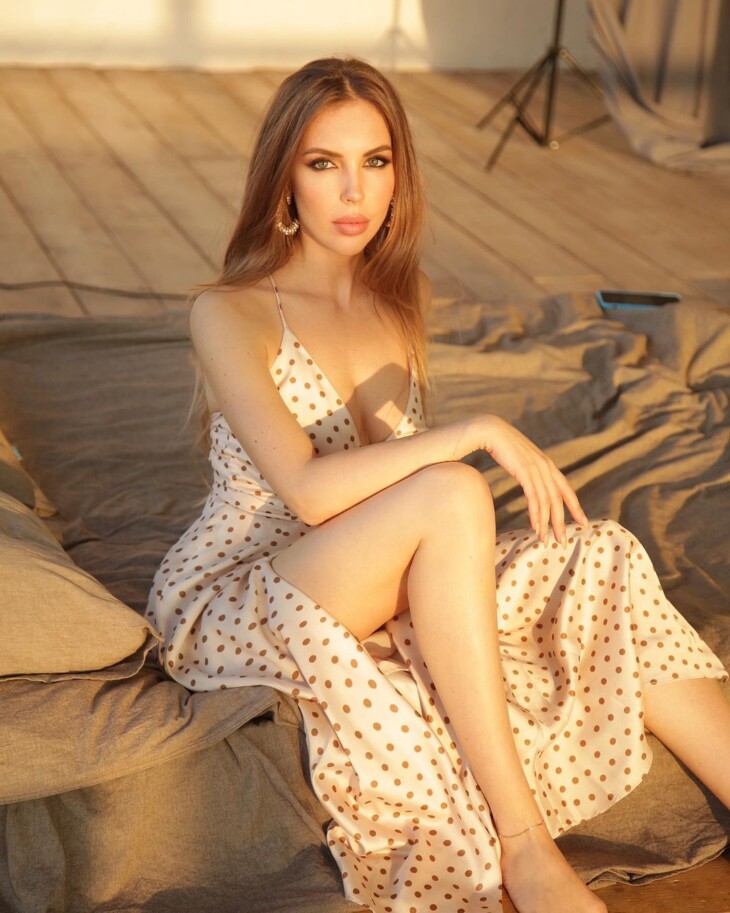 advance their techniques, both Korienkova and Garza draw inspiration from their own lives and bring to life mindful beauty. Both have a gift of turning their inspiration and passion into art that the world loves and relates to. Garza and Constantly striving to find new ways to Korienkova represent women of strength and independence, who prove that nothing can stop a woman from pursuing her dreams.

Speaking about the role of technology in her art, Korienkova shares, “There’s a potential for technology to help us create a new form of art. It’s just as exciting as when professional cameras came into being. If I can bring even the slightest amount of change or inspire others to do so, I’ll consider it as an achievement towards making the future a little better, brighter, and exciting!”

Korienkova ’s competitors, family, and friends fondly call her the modern-day robotic artist as her technologically-powered art is on point when it comes to blurring the boundary between artist and the machine – a glimpse of the future that is soon to become a significant part of the present. Ask Korienkova why robots, she says, “Because robots, for the longest, have been looked upon as tools of artistic expression. It is my aim to let people know that our times are technologically disruptive and robotic art helps me do that.” Through her art, Korienkova desires to bring forth a strong statement of innovative contemporary art. 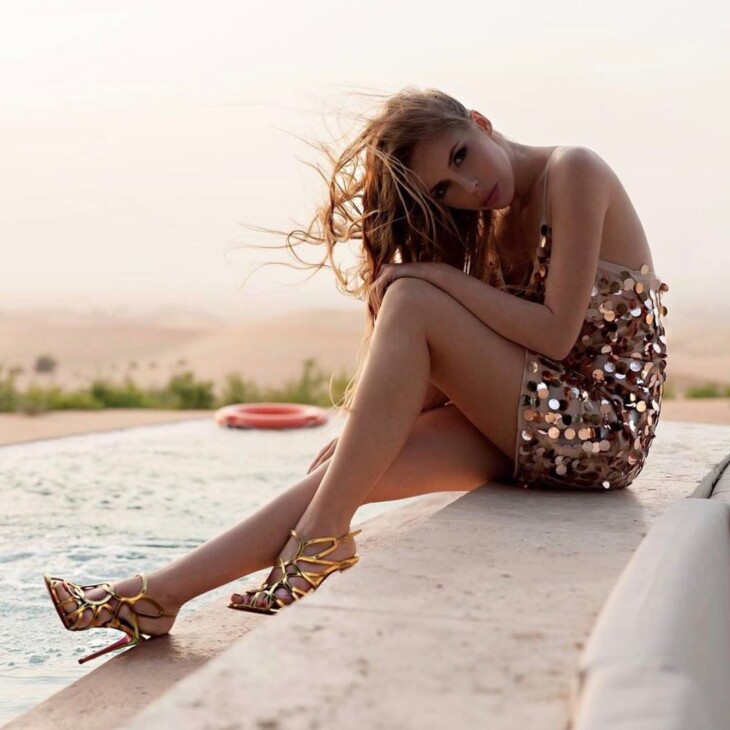 What Korienkova admires about Garza the most is that despite tremendous success in America, Garza has always been rooted in her cultural heritage – Garza’s painting primarily boasts the colors of the Mexican flag. Talking about her inspiration, Garza says, “I have lived and grown up in one of the most dangerous parts of Mexico, where I was surrounded by war and have lost a loved one to kidnapping. Having gone through such hard times, I have found my calling in pouring out my emotions into painting.” Garza believes that her best work comes from pain and suffering because that is what makes her a stronger woman.

The world admires the intelligence, beauty, and open hearts of these two beautiful artists who are having the world at their fingertips. Well, the art community and fans of Yuliia Korienkova and Gilda Garza are eagerly waiting for the curtains to roll up to behold their big red rad art. So are we!

Which Brand of Microscope Should You Buy for Home Use

Top 5 Ways You Can Transcribe Audio Files to Text

What is the Best Medicare Supplement Plan?