10 Reasons Why Colonel Mustard Is The Love Of My Life

This is Colonel Mustard. He’s often the first thing I see in the morning and the last thing I see at night. In the evening, he likes to sit on my chest while I’m in bed and trying to read a book. He’ll swat at the pages until I pet him, and when I do, he purrs like a lawn mower tearing down some tall grass. In the morning, he follows me into the bathroom and talks to me while I’m trying to brush my teeth. He is a small, furry, very demanding child.

I have had Mustard — he also goes by Moo Moo, Moutard, The Colonel, The Kern-Dog and Dijonaisse (when he’s feeling saucy)  — for going on three years. He was a rescue that I took on as a foster, but when I saw his huge paws — he’s got 7 toes on each front paw and six on the back — I knew I had to keep him. He sheds a lot, and twice yearly, he gets his bushy Maine Coon fur shaved into a lion cut. He also talks a lot. Like, all the time. And when he’s not talking, he’s purring, very loudly. It is crazy. 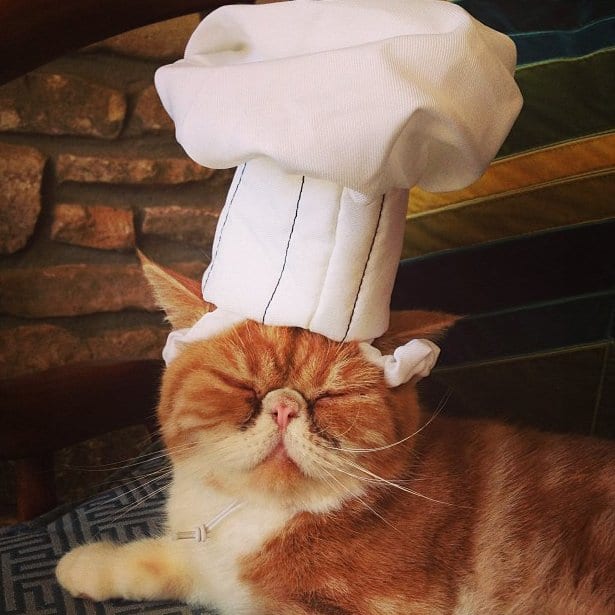 1. He’s not ashamed of his figure. Oh, did I catch you in an indelicate position? Ha. 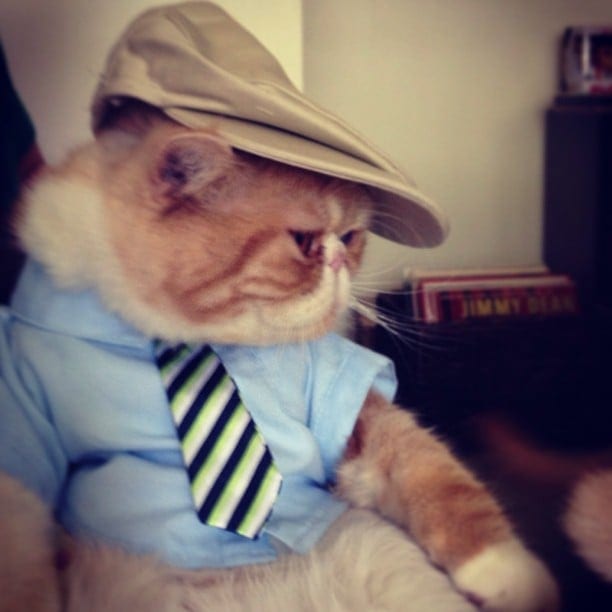 2. He knows how to cuddle. This is him with Cassidy the kitten. We took Cassidy in as a Hurricane Sandy refugee and then Rachel adopted him! 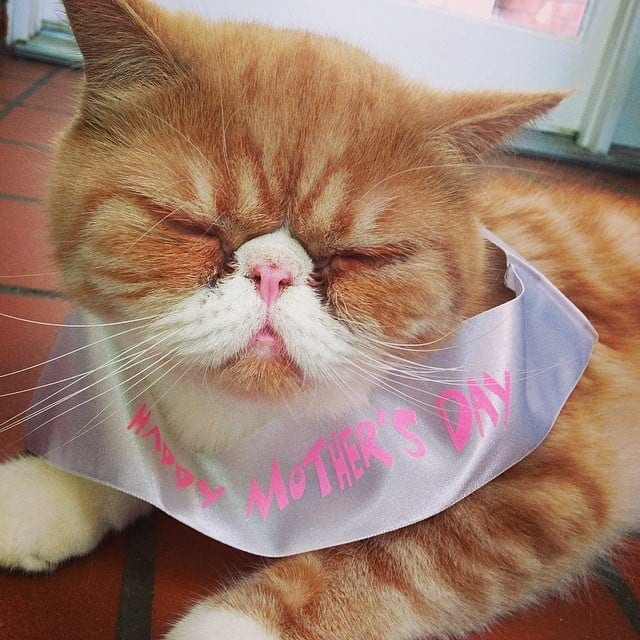 3. He knows how to party. Note also, the size of his huge paw. 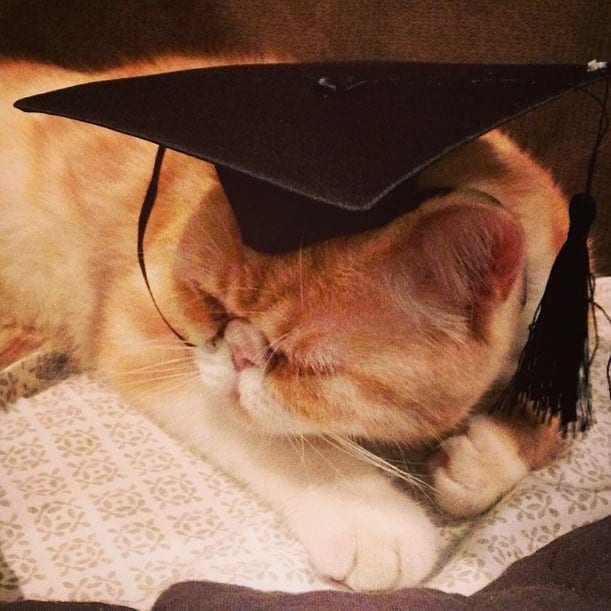 4. This is the look he will give you when caught in the midst of licking his balls. 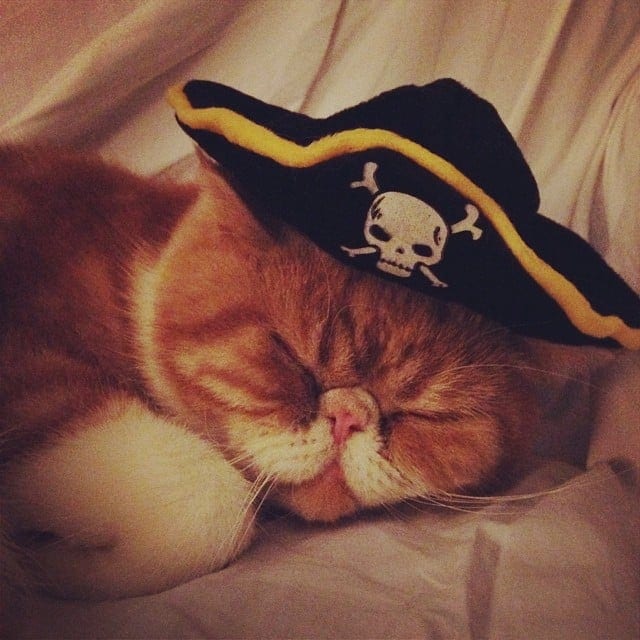 5. He sleeps about 23 hours a day. This is him falling asleep sitting up. 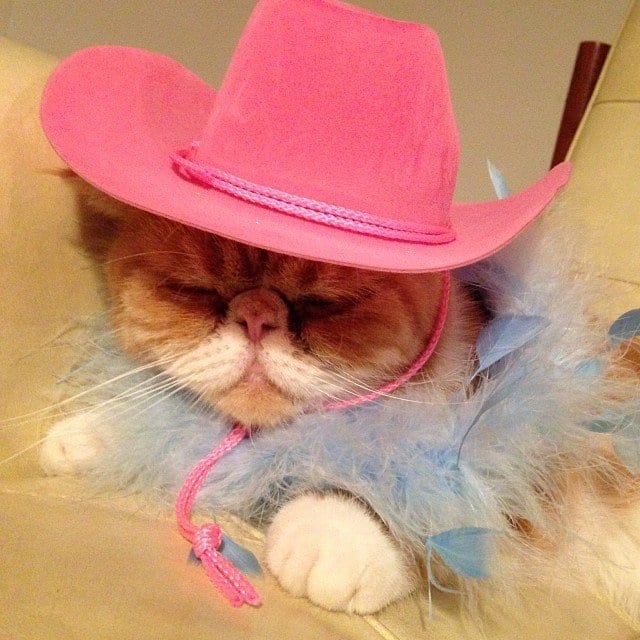 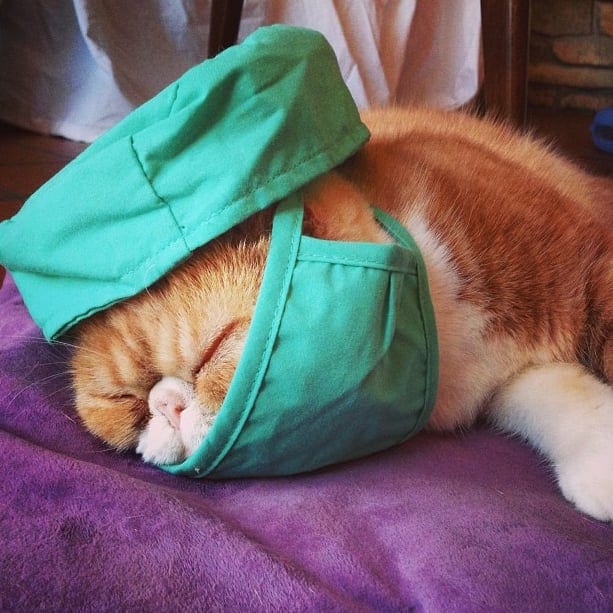 7. He’s not ashamed. Even when shaved like a tiny fat lion. 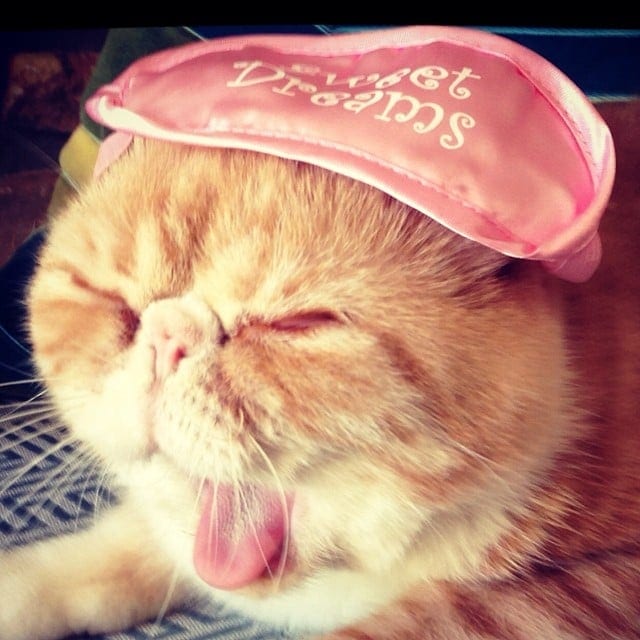 8. He has impeccable personal hygiene. Just kidding! He actually takes massive dumps in the litter box and never covers them! 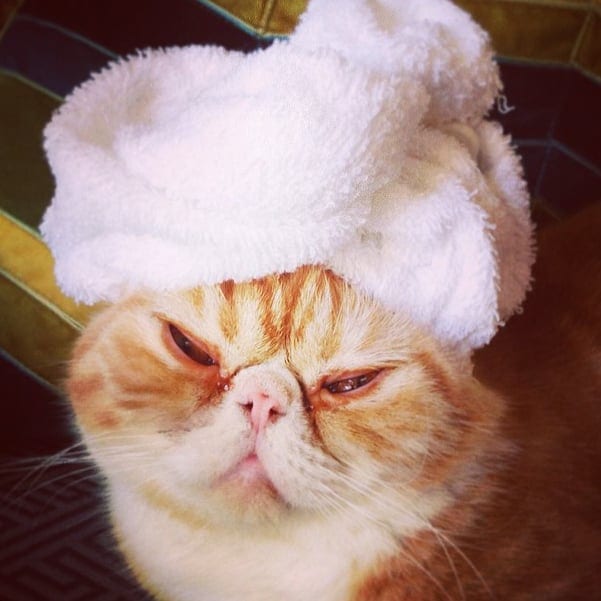 9. He falls asleep in front of the TV sometimes, too. 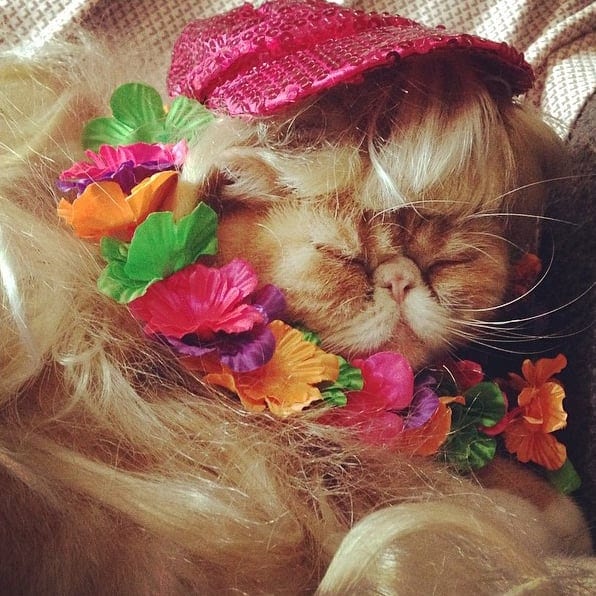 10. He can pull off a Lanvin neckerchief better than I can. 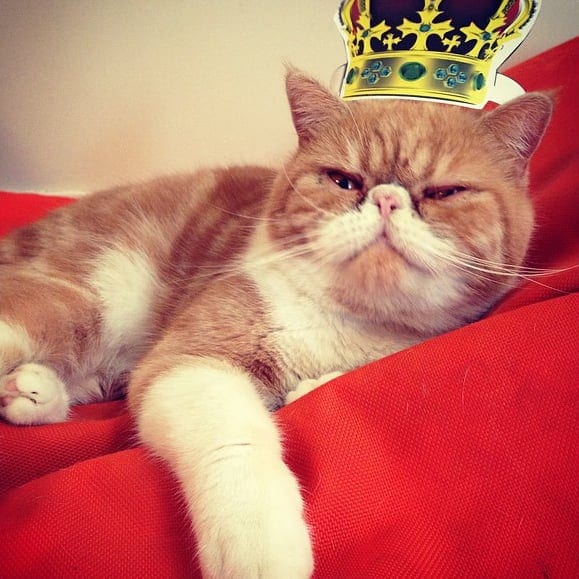 5 Life Lessons I Learned From My Plants