5 Life Lessons I Learned From My Plants

Nearly two years ago, I wrote about all the reasons why having a plant is better than having a boyfriend. Then, recently, I landed myself an awesome boyfriend who is pretty much always available to listen to me in the way my plants previously did (and before that my childhood dog, Mandy). 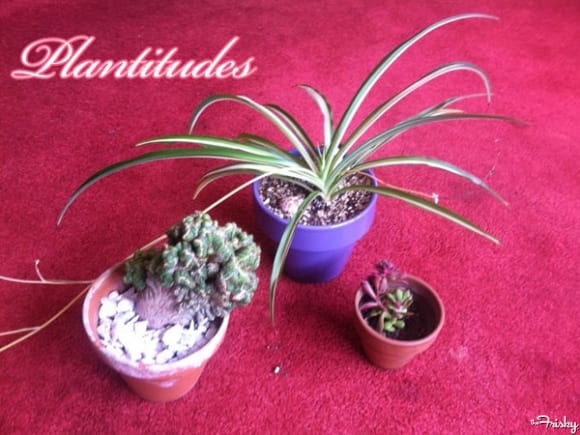 Now, begrudgingly, I’m forced to admit that having a boyfriend is slightly better than having a plantfriend. It’s just more edifying to have someone listen to you who talks back with kind words and intelligent insights and also wants to make out with you. (Friends are good for this kind of thing as well — minus the making out — if you’re not with boyfriend at the moment.)

But just because I have a human companion, doesn’t mean that I appreciate the sage wisdom of my plants any less. A big shout out to Liberation, Money Bags, Muffin Top, Spike, and Banana for always being there for me. Here’s what I’ve learned from living with my plantfriends for the last six years, my plantitudes, if you will… 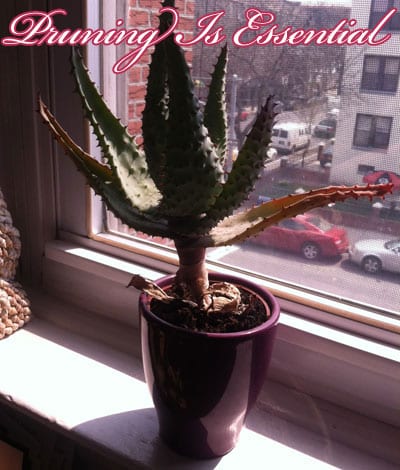 Pruning, for those of you who don’t have plantfriends, is the horticultural practice of removing ailing parts of a plant so that it can grow better and stronger. So, basically, once a week, when I water my plantfriends, I check to see if they have any dead leaves or stems and pluck or snip them off. It’s sad sometimes because I’m like, Do I really have to pull seven of Spike’s arms off? I do, because I know that if I don’t, Spike will fail to thrive. Will she be baldish for a while? Yes. But that’s what needs to be done for her to grow back stronger than ever. Whenever I’ve neglected to properly prune one of my plants, he or she has ended up dead.

This is the same for humans. We must prune ourselves and our lives because leaving the dead parts there, just chilling, taking up space and energy, brings us down. This applies to people, jobs, bad habits and negative thoughts. My plants have made me aware of the pruning maintenance I need to do on myself. Sometimes I hate to do it, but I can’t ignore the stuff in my life that I need to snip if I want to move forward as a person.

Lesson #2: We Go Through Phases And They Are Always Changing 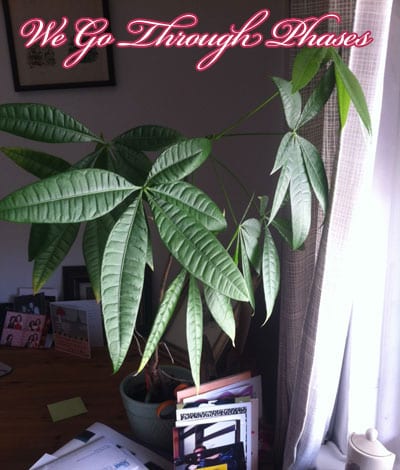 When you watch your plants grow over a long period of time, you notice that they go through growth spurts and slumps. I won’t treat Money Bags any differently at all, and I’ll see that he goes through a month or so where he sprouts new leaves. And then as suddenly as his leaf outburst started, it will stop. Some of his leaves will turn yellow and he won’t pop a budder for months.

I used to get freaked out by this and worry he was going to die. Then I realized that this is just how plants do. That’s just how all sentient beings do. I try not to get freaked out about my own phases. Sometimes I’m not funny for a few months and I think it’s never going to end. And then one day, low and behold, I see a picture of Jon Hamm’s balls and my funny blooms again. 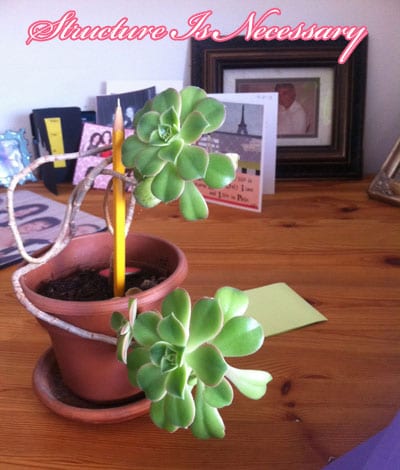 I bought Liberation the day I quit my job I hated to become a writer. I was free and I wanted to celebrate that freedom with a plant. The only thing about Liberation was that she was too free. She grew sooo fast. Her branches got all curly and her petals were stretching out in every direction. This was actually stunting her growth because she was pulled in so many different directions it was throwing her center off balance.

At the time, I was in the same place. I was sleeping at odd hours, working three part time jobs, trying to write, partying just a little bit too much. What Liberation and I both needed was some structure in our lives. I put a pencil in the center of her pot to help her stand upright and focus her growth. Then I sat down and made a schedule for myself. We’ve both been doing well ever since.

Lesson #4: Adapting Happens Naturally If You Let It 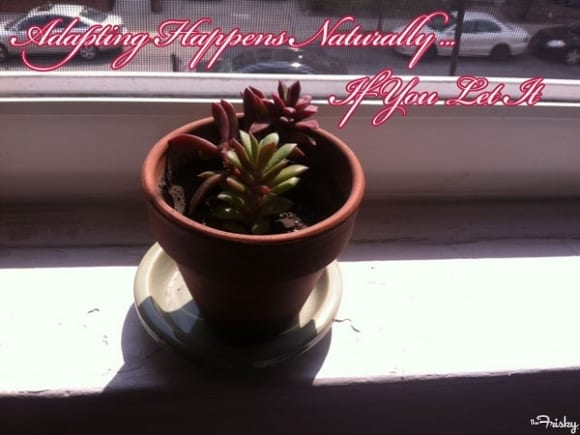 Muffin Top is a survivor. About four years ago, I accidentally dropped Muffin Top and he broke in half and all of his soil fell out. I was like, Well, that’s the end of Muffin Top. R.I.P. old buddy. Just as an experiment, I put him back in his pot and left him on the windowsill for a few days just to see what happened. And shit! The boy sprang a bud of a different color right on top of his injury. He grew over it. He grew in spite of it. He rolled with his new circumstances. He adapted. He used to be green and now he’s red. It’s like he was never green. He rocks his new hair. Whenever I’m going through a lot of change or things seem uncertain, I think of Muffin Top, and how naturally he adapted to his new self.

Lesson #5: Re-Pot Every So Often 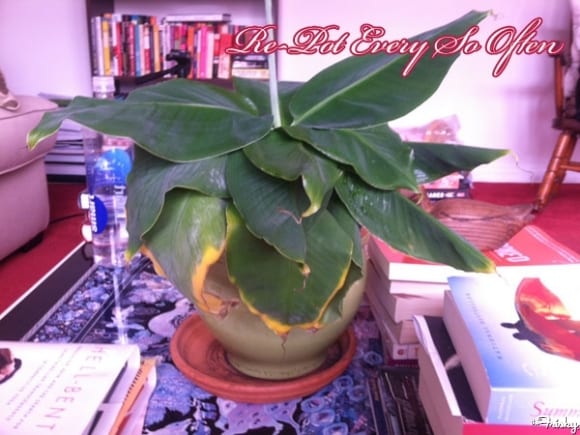 Plants like things to stay the same, but they also need things to change so they can grow. It’s weird, because plants grow so slowly. It’s hard to know when they need to be repotted. Right now, Banana is screaming at me to change her pot. Unlike Sheryl Sandberg, she’s leaning out. She lost a stalk. Her leaves have been yellowing. She’s been requiring more pruning than usual. She’s been thirstier. She’s showing me that she’s ready for a change. Her current pot is no longer suiting her.

People start to break down like that, too. If you can’t sleep, start getting sick more often, feel tension or anxiety, you might need to re-pot. I try to do that by bringing some new elements into my life. Maybe it’s new friends or a new hobby or a new haircut. If I’m starting to show signs of distress, I figure out what I need to change about my environment so I can grow.

10 Reasons Why Colonel Mustard Is The Love Of My Life

Give These Economical Diwali Gifts to Your Children...