Hannah Hooper of the band Grouplove has outed Christina Aguilera as a singer with the stinkiest reputation. “I have friends that lived in Pittsburgh and they grew up around Christina Aguilera and they swear to God that she smells like hot dogs,” she said. Hot dogs? That’s harsh. I guess Xtina needs to lay off the pork.

Hey, just because they’re famous, doesn’t mean their armpits don’t get funky just like the rest of us. Click through to see some more celebs who have been accused of being stink bombs. [Bossip] 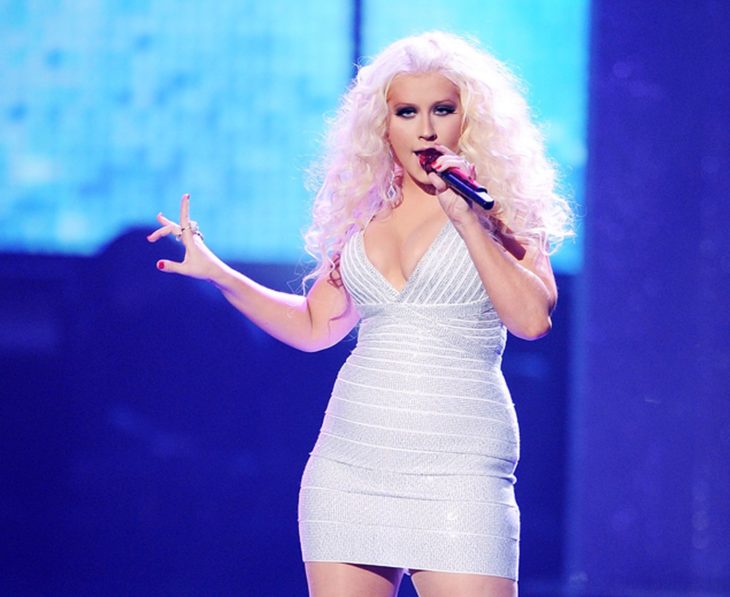 Hannah Hooper isn’t the only who’s reported a strange odor emanating from Christina Aguilera. A reporter from Arena Magazine once accused Xtina of stinking like “a 12-year-old girl’s bedroom on school-disco night.” So … hot dogs?  [Softpedia] 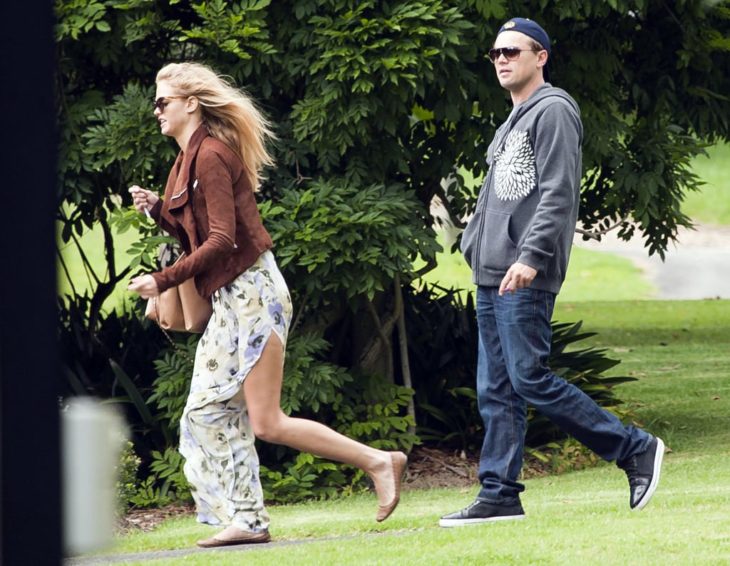 Leonardo DiCaprio might be great at acting, but apparently his girlfriend Erin Heatherton thinks he’s crappy at hygiene. The Enquirer claims that Leo was driving Erin away with his stench. “He only showers a couple of days a week to conserve water, and he considers deodorant to be ‘unnatural.’ … Erin has warned him to clean up his act and his hygiene,” said a “friend.” Presuming that this is true, I think Leo either needs to buy him some Tom’s of Maine all-natural deodorant or he needs to find a GFwho appreciates his dedication to environmentalism. I wonder if his BO bothered Bar Refaeli? [ONTD] 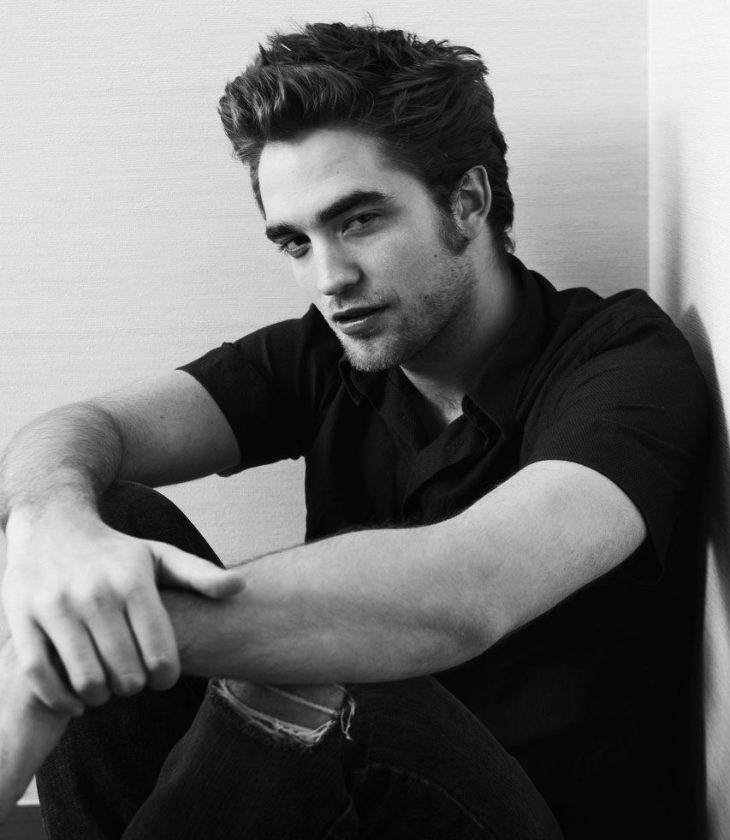 While filming “New Moon”, two anonymous crew members came forth to divulge Robert Pattison’s dirty little secret. “He stinks. I mean, it’s awful. He never showers, and it drives people on the set crazy,”said one crew member. “He completely reeks,” the other added. Pattinson (kind of ) confirmed these rumors by admitting that he didn’t “really see the point of washing your hair.” Guilty! [MTV] 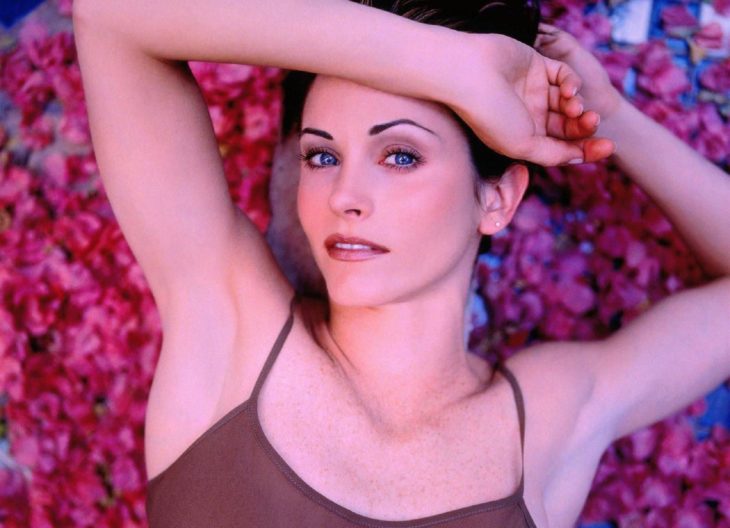 We know that David Arquette likes to overshare. This was no exception when it came to talking about Courtney’s scent. “Courtney may be pretty, but if she’s not on top of it, she smells like a truck driver and I like it,” he said. I don’t know what was worse; comparing her to a truck driver or telling us how much he liked it. [Xfinity] 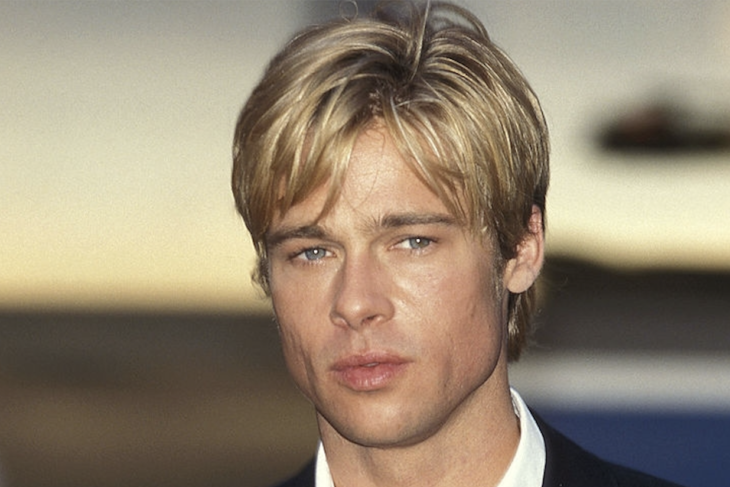 When Angelina Jolie and Brad Pitt were first accused of having an affair on the set of “Mr. & Mrs. Smith”, Jolie denied it saying, “Brad smells badly.” Nice excuse! Well, we now know they were, in fact, sleeping together. But the “smells badly” part may not have been a lie. Brad later admitted that he doesn’t “have time to shower” and uses “baby wipes” to clean up. Ick.[FOX] 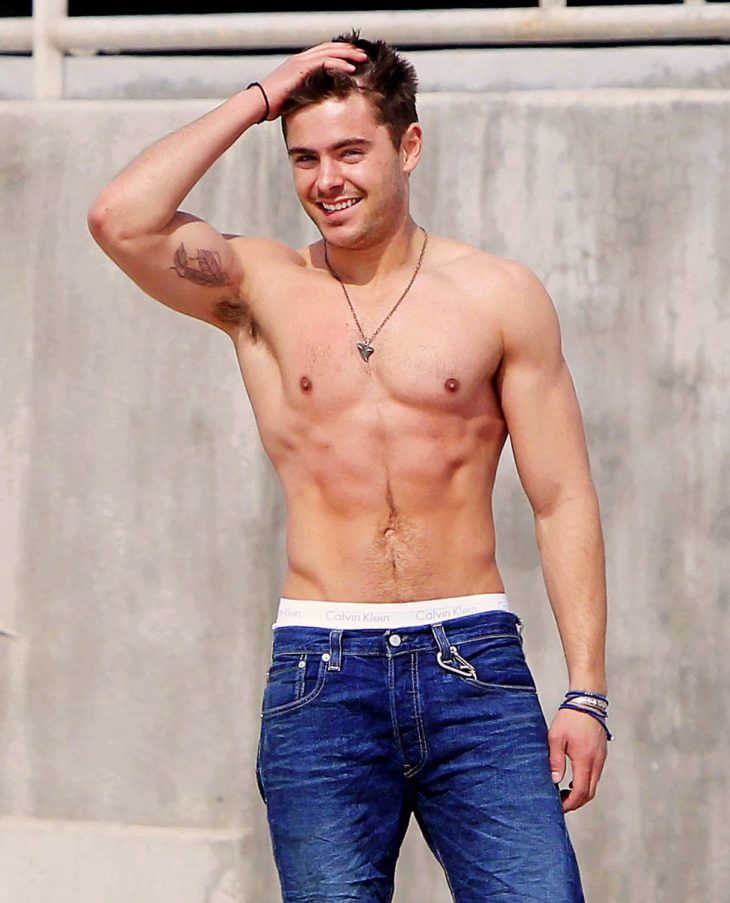 A “High School Musical” crew member came forward to talk about Zac’s stank. “Zac isn’t a big fan of showering … It’s so gross, because Zac loves to work out and plays basketball all the time — and then goes days without showering. When he gets lazy, he likes to clean himself with baby wipes!” said the snitch. He must be getting his hygiene tips from Brad Pitt. [Monsters And Critics] 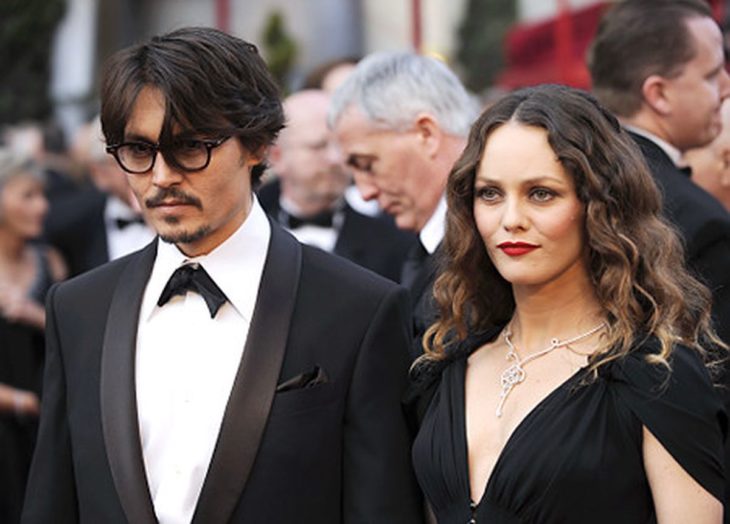 Allegedly it was this couple’s hatred of hygiene that kept them together for so long. An “insider” revealed that “Johhny isn’t big on personal cleanliness,” adding that he “usually smells because he rarely showers.” And Vanessa wears “no makeup and [has] unruly hair—she’s a bit of a mess normally,” the source says. “They found their perfect match in each other—it’s hard to be around them. Their personal hygiene is not their priority.” Maybe they split because one of them suddenly got into grooming. [Newser] 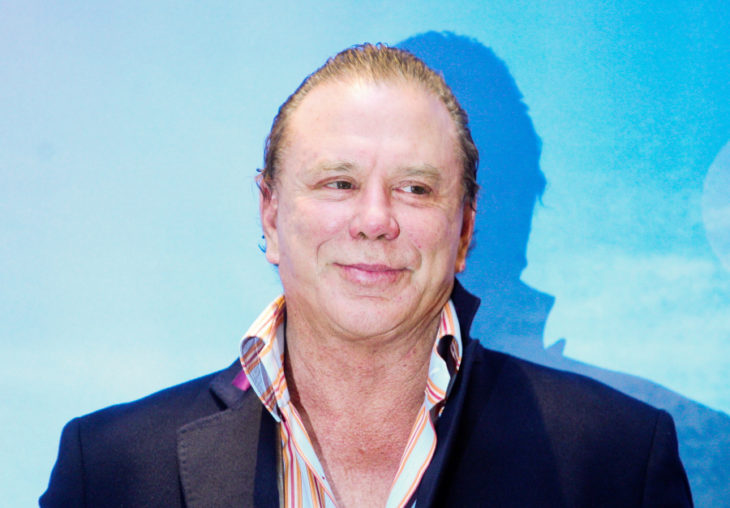 A Hollywood “insider” came forth to The Enquirer to complain about the stank ball, which is Mickey Rourke. “Mickey’s a nice guy – but the bottom line is he smells! He’s got a definite hygiene problem. Between his overpowering body odor and his awful breath, a lot of people won’t go near him unless they have to … [his trailer is] so sloppy and messy that the makeup and wardrobe people try to work with him anywhere else but there … They avoid that trailer like a hazardous waste dump! … Mickey’s like Pigpen in the ‘Peanuts’ comics … he’s lovable, but dirty. Directors tend to overlook his bad hygiene because he’s such a sweetheart and gifted actor. But the crew and the cast get the brunt of it. On bad days when they see Mickey, they run in the other direction,” said the source. Hey, at least he’s nice. [Celebitchy] 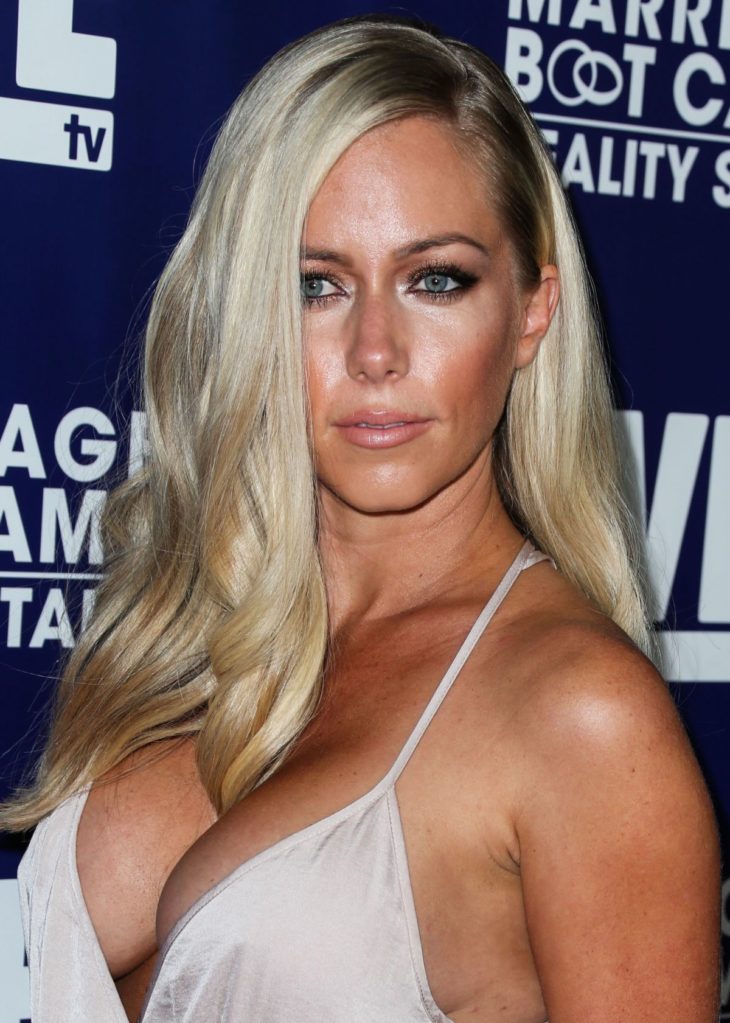 Star‘s “Stylists Tell All! issue outed Kendra as a the smelly girl next door. “Kendra loves to look sexy, but she couldn’t care less how she smells. I don’t know if she has pets but she smells like urine most of the time. She almost never takes a shower, and doesn’t use perfume, either,” said the anonymous stylist. She must have been wearing Eau de Urine that day. [KiSS] 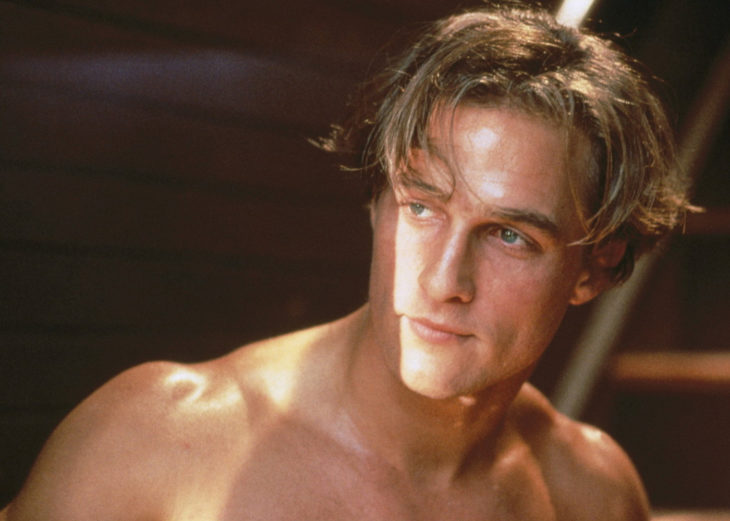 “Fool’s Gold” co-star Kate Hudson wasn’t afraid to call Matthew out on his “natural man odor.”  “[Kate] always brings a salt rock, which is some natural deodorant, and says, ‘Would you please put this on?’  I just never wore it. No cologne, no deodorant,”  he admitted.  Things must have gotten really smelly when they were out in the sun all day. [Babble] 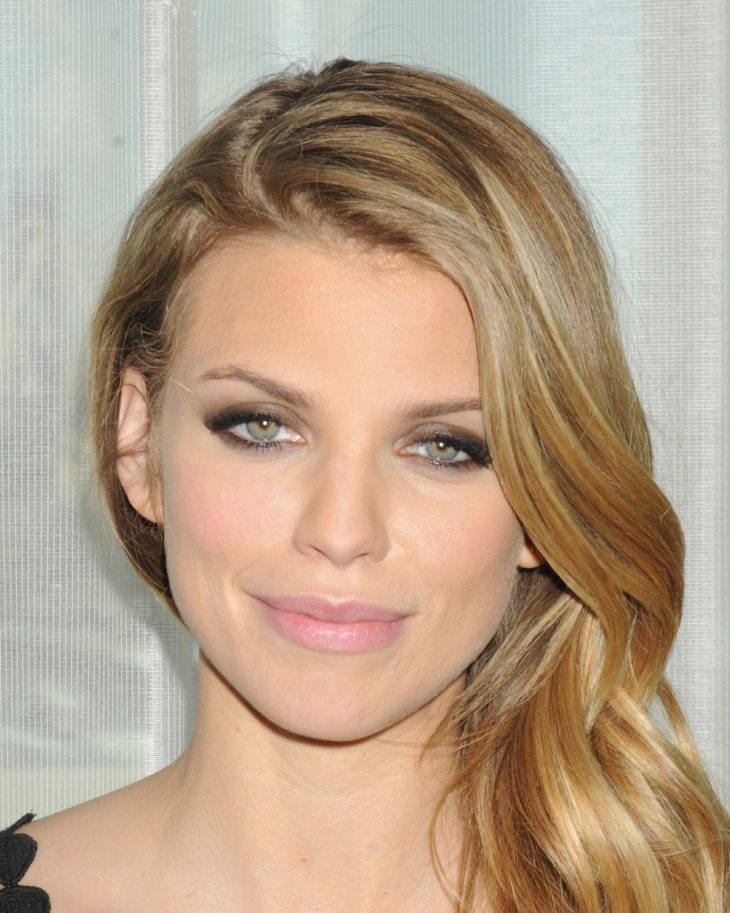 AnnaLynne’s “90210” cast and crew members have a secret nickname for the starlet: AnnaLynne McStinky.” “AnnaLynne is easy on the eyes, but she’s tough on the nose! She actually brags about not using deodorant and insists she doesn’t need it – as if having body odor is below her. But the truth is AnnaLynne reeks!” a crew member tattled. I’m sure Anna’s not losing sleep over her BO. [Snakerati] 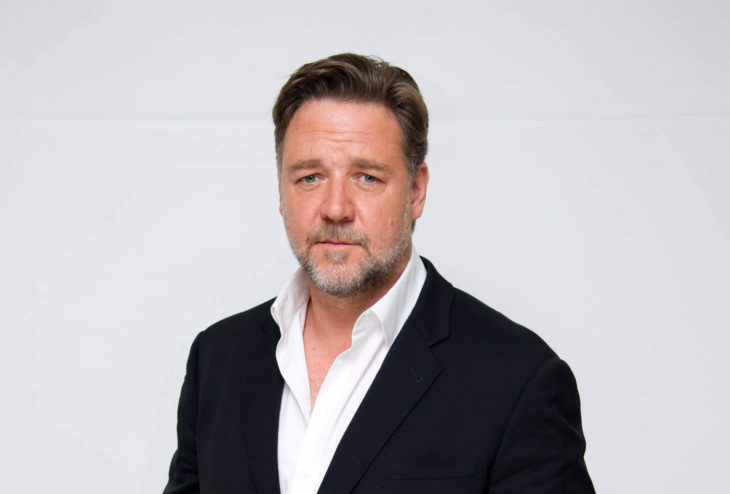 Joan Rivers slammed Russell for his revolting stench on the red carpet.  “He has a body odor problem. I prefer to sit downwind of him at showbiz bashes,” the comedian said. I believe Joan is telling the truth. That man looks like he smells. [Contact Music]

7 Low-Maintenance Beauty Products For The Laziest Of Makeup Lovers

6 Signs you Need to Change your Air...