Yesterday, one of my guy friends was recounting to me how, when he goes on a date and reveals that he has two cats, women tend to look at him like he’s a pariah. He says it gets even worse with online dating, where a high percentage of profiles end with some version of the line, “Cat guys need not apply.” All I have to say about this is—ladies, WHAT?!?!? In my mind, that’s like saying, “I don’t want a guy who’s kind, intelligent, has a good job, and will make a good parent one day.” Not that all guys who like cats are the above. But guys who appreciate cats tend to be gentle, plus they’re mature enough to take care of a living thing. They can put up with a heavy dose of temperamentality. Not to mention the fact that they’re willing to work for affection while dog guys—let’s be honest—want someone who will slobber all over them the instant they meet. Relax, I’m kidding. Sort of. Cat guys get no respect. But they should! So after the jump, 13 awesome celebrity dudes who love them some cats. James Franco loves cats. “I was raised as a cat person,” he said. “I had cats when I was a kid and that’s what I’m used to. I don’t really know how to take care of a dog, but I think I’m pretty good with cats … All my recent cats have been named after characters from books or the literary world. Sammy’s named after Sammy Glick from What Makes Sammy Run, and Zelda is named after Zelda Fitzgerald. The two cats that my brother stole from me are Harry after Harry Angstrom from the Rabbit novels and Arturo is named after Arturo Bandini from the John Fante novels.” Well, I was with him until the last two names. [People Pets] 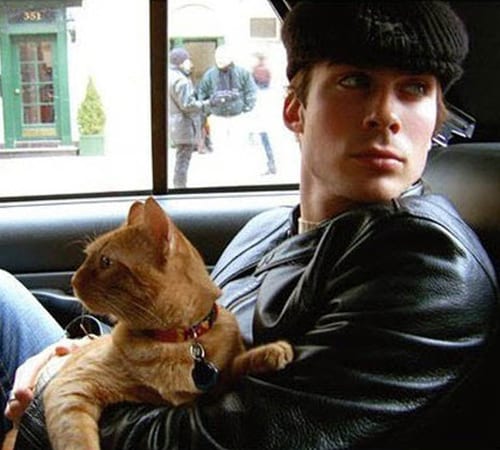 Michael C. Hall recently came forward and declared his love for cats. “I spend a lot of time with my cats,” he said. “They’re both boys, they’re both very affectionate. Their names are Preacher and Ford. They’re my four-legged friends.” Awww. And that inset photo? It’s of Michael getting a cat off the roof on the set of “Dexter.” [People Pets] 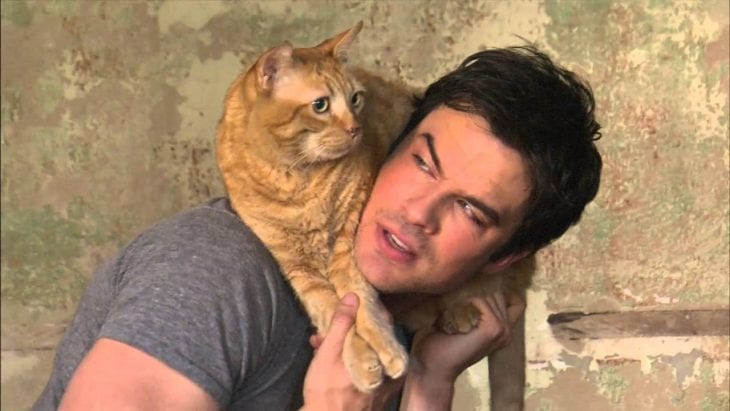 Ian Somerhalder—aka the mega hot guy from “Lost” and “The Vampire Diaries”—loves felines. “I have three cats in my loft in Atlanta,” he said. “I literally wake up and there’s just fur everywhere. It’s so awesome … They’re all very different. One is a feral cat from Hawaii who grew up in the jungle, another one is a rescue from a dungeon in New York and the other one’s from Canada.” How sweet that he has a Canuck kitty. [Wet Paint] 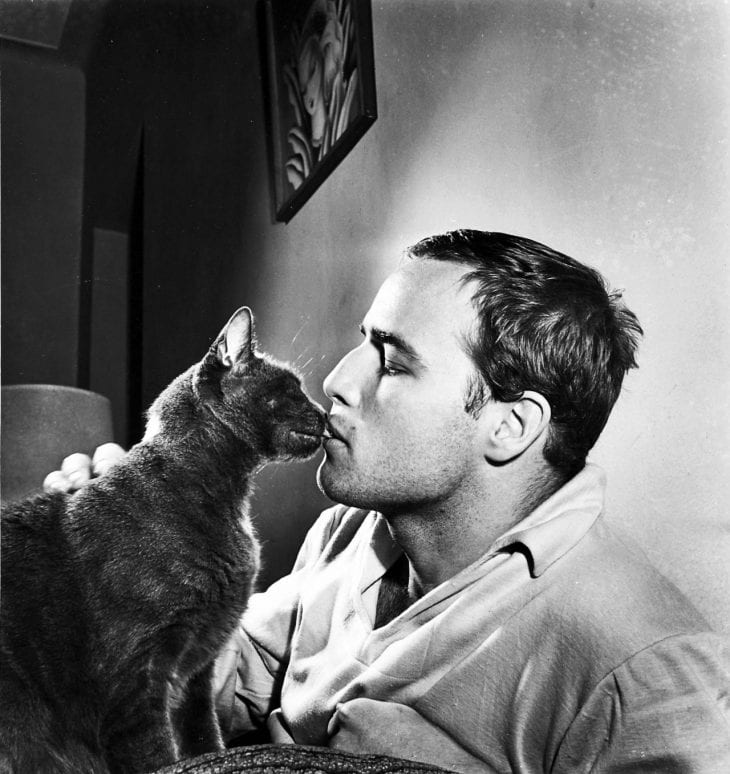 Marlon Brando was often photographed with cats. Here, he gives one a little smooch. 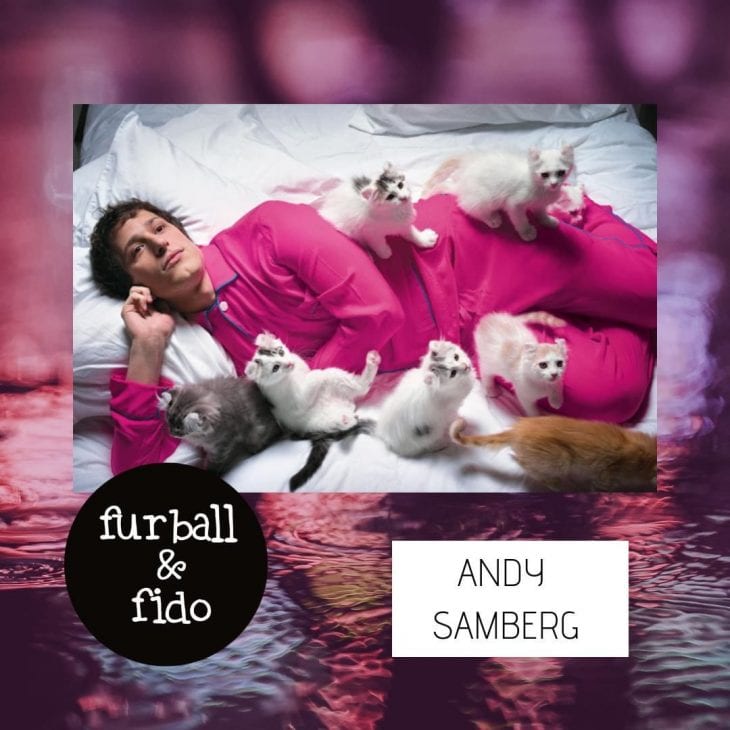 Yum. Here is Andy Samberg surrounded by kitties. After all, he is the guy behind SNL’s Laser Cats. 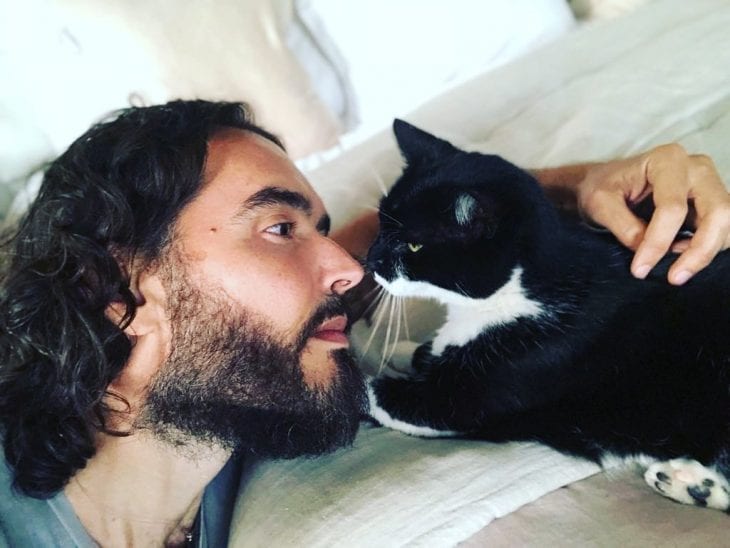 Russell Brand adores his cat, Morrissey. Apparently, the little guy had a little trouble adjusting to Katy Perry and her cat, Kitty Purry, and Russell had to bring in a pet therapist. “[Morrisey[ on Valium, cat Valium,” said Russell. “I didn’t think I’d ever have a cat psychiatrist in my house, let alone a man waving a crystal over my cat’s head.” The couple has since added another cat to the brood, Krusty. [StarPulse] 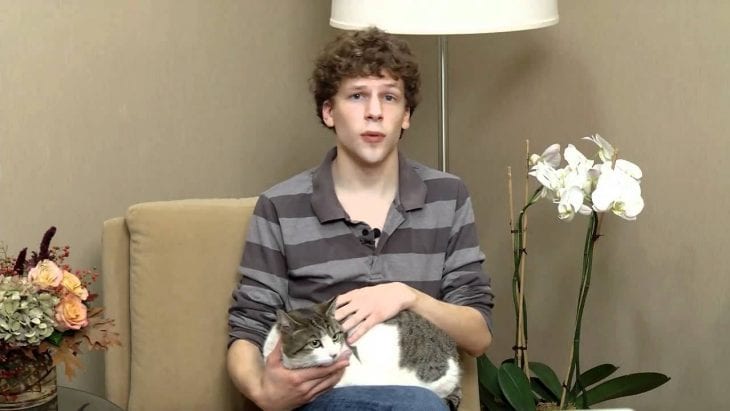 Jesse Eisenberg joked at the premiere of “Rio,” “[I have] 42 cats. They’re at the premiere. We got them seats.” But he really does have quite a collection. “I’m a foster parent for cats and the more movies I do, the more guilty I feel – and the more cats I feel the need to get to alleviate the guilt from doing the movies.” [People Pets] 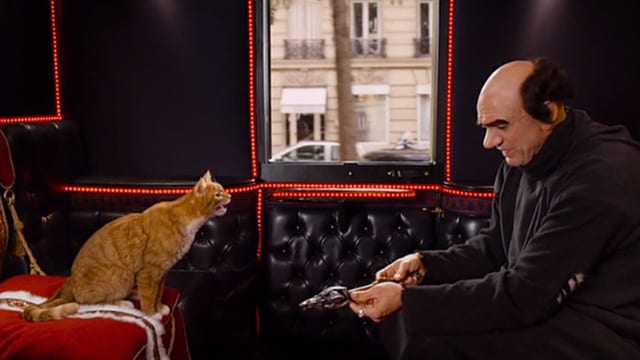 Hank Azaria plays Gargamel in the new “Smurfs” movie and working with cat actor who played Azrael changed how he feels about cats. “If I wasn’t a cat person before this film, I became one during the course of shooting,” he said. “One thing I can tell you about the cat? Cat’s a good kisser.” [People Pets] 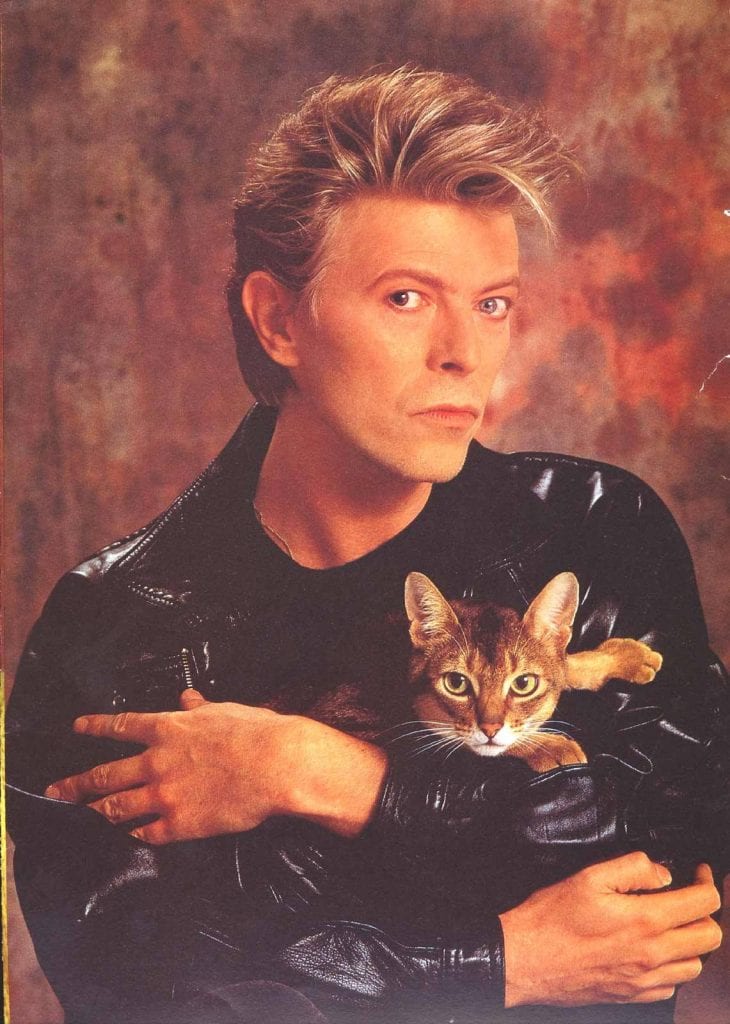 In one of the most famous images of David Bowie, he’s holding a cat. He also has a song called “Cat People.” I’m just putting two and two together here, people. 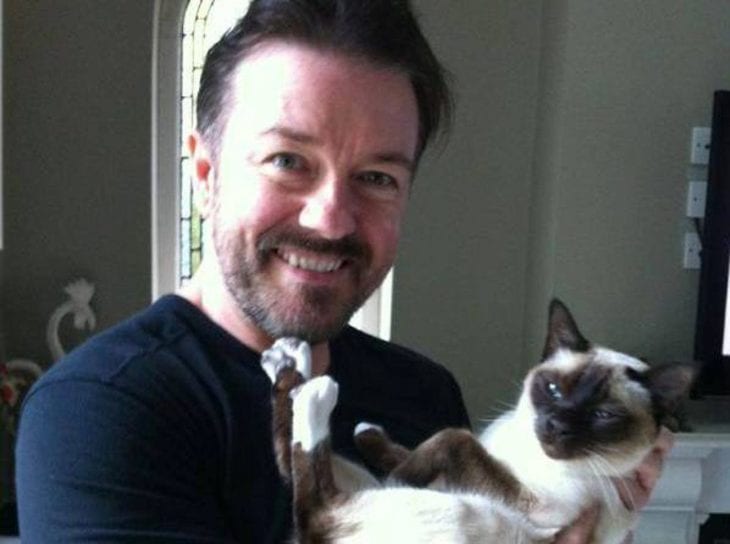 Ricky Gervais admitted that when his cat, Colin, was alive, he was obsessive about the little guy which makes him worry about having children. “I’d just watch it sleeping all night. The fear! I’m bad enough with the cat, and it died. Colin died. We’ve got a new one now, Ollie,” he said. [Times Online] 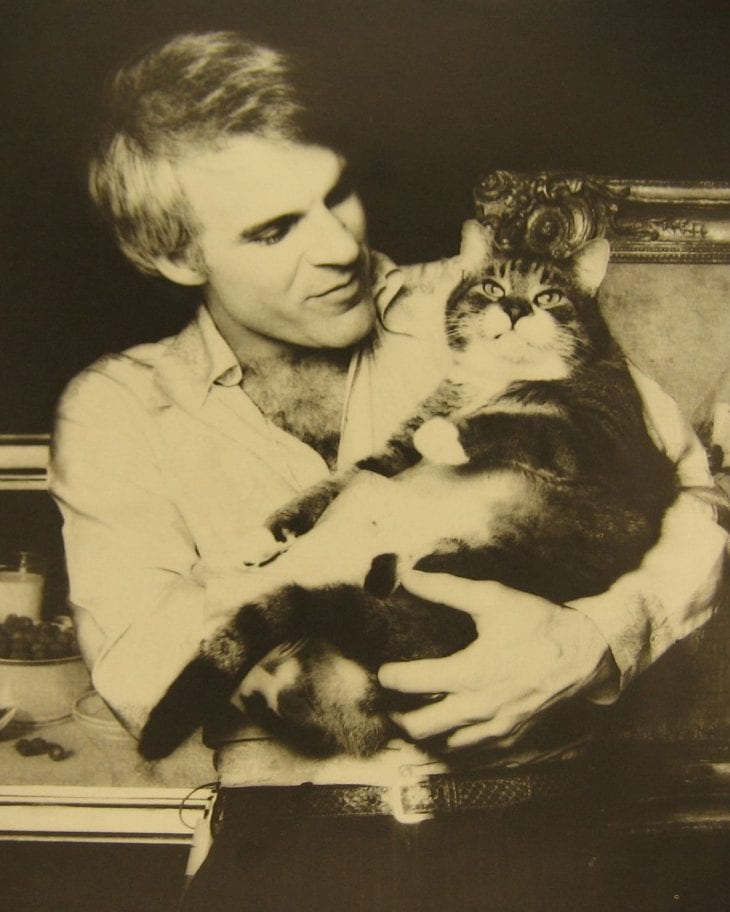 Steve Martin also loves kitties. One of his classic jokes goes, “I gave my cat a bath the other day. . .they love it. He sat there, he enjoyed it, if was fun for me. The fur would stick to my tongue, but other than that. . .” How do you feel about cat guys?