13 Reasons To Be Best Friends With A Ghost

A couple weeks ago I saw a sappy romantic movie with my friend Kevin. I won’t tell you which movie at the risk of spoiling it for you, but at the end of this sappy romantic movie, the main character finds out that her best friend was actually a ghost. I was totally thrown off by this ghost plot twist, but it turns out Kevin was quite taken with the idea of being friends with ghosts. “Think about it,” he told me on the way home, “a ghost friend would never get in the way of where you wanted to put a chair.” I had no idea that Kevin was so inconvenienced by the way his mortal friends get in the way of his chairs, but apparently it’s a major problem in his life. When I mentioned the concept of ghost friends to Ami, she, too, was instantly obsessed, so we teamed up to compile the following list of reasons to be friends with a ghost. Read on if you’re in the market for a supernatural BFF… 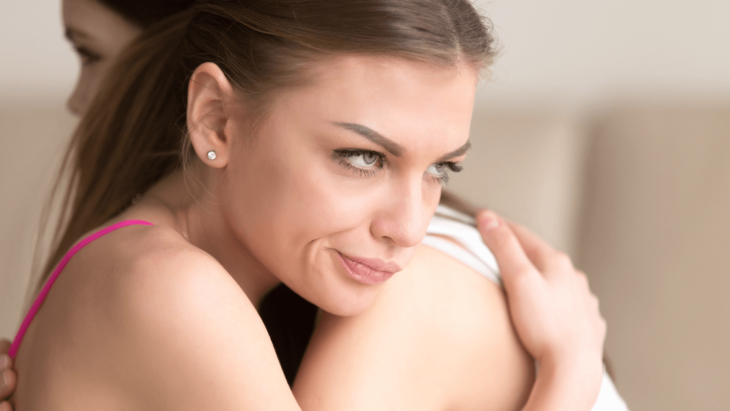 1. They play the best practical jokes. From turning on your faucet to hiding your jewelry to flickering your lights off and on, ghost friends are always up to something.

2. They’re always available to hang out. In general, ghost schedules are pretty clear.

3. They don’t eat, so you can always have the last piece of cake. Because as much as you love your human friends, having to share cake is the worst.

4. They tell the best ghost stories. This is a given, right?

5. They can spy on your significant other and make sure they aren’t doing anything shady. Hey, it’s always nice to have that extra level of reassurance.

6. They never get tired. Pulling an all-nighter before your big metaphysics final? Ghost friends will keep you company–and maybe even give you flashcard quizzes.

7. They always want to play Ouija board with you. And you will be guaranteed some awesome messages from the beyond.

8. They know life is too short sweat the small stuff. Two words: no drama.

9. They know all your secrets but never make you feel ashamed. Your ghost friend has seen you pick your nose while watching “The Voice,” and they’re totally fine with it.

10. They are personally friends with God, so they have VIP access to stuff. It’s like that friend you keep around because they have the best gossip, except in this case the gossip is about the meaning of life.

11. They never rush you. Running late? No worries. Ghosts have got nothin’ but time.

12. They leave you little gifts like feathers or spritzes of perfume. Just to remind you they’re there.

13. If you have the hiccups, they’re really good at scaring you. Your human friends might offer a half-hearted “boo!” but your ghost friends can really pull out all the stops. Hiccups, be gone!