Dater X: Dating As A Non-Smoker, For The First Time

I checked Facebook last Wednesday morning, expecting the normal flurry of funny links and what-I’m-going-to-dress-as-for-Halloween updates. So the first item in my news feed landed like a punch in my stomach. “Good: the tumor in my left lung was removed yesterday morning,” the update read. “Bad: they had to also remove my entire left lung. They say that eventually I should barely notice it’s gone.”

I’m in a dry spell as it is, I worried. Will being a non-smoker further kill my game?

This status update was from a friend from high school, someone who’s 31 years old—just like me. I couldn’t believe that anyone our age would be dealing with anything as scary as tumors and precautionary lung removal. I feel terrible for him and for his family. After writing him a note, I resolved: it was time for me to finally quit smoking. 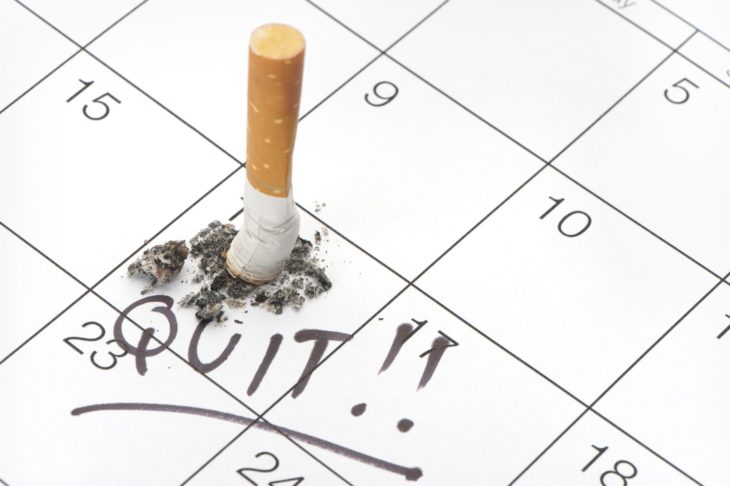 Sadly, cigarettes have been a big part of my life. I started smoking as a teenager—my first was a Benson and Hedges Ultra Light that my middle school best friend and I procured from a vending machine at the arcade in the mall. From the very first puff, I loved the way smoking momentarily loosened the grip on my always-spinning brain. By college, I was smoking a pack a day with my roommate in the dorm room our friends had nicknamed “The Smoky Chamber.” At my first job, I remember the joy of meeting my co-workers downstairs for a smoke break and gossip session. Cigarettes have seen me through many a breakup and given me a mental release from stress of all kinds.

But I also know just how horrible cigarettes are. I remember the blackened lung pictures projected on a screen to look four times their actual size in health class. I’ve seen all the articles about the insane numbers of chemicals in a single cigarette. I’ve read all the surgeon general’s warnings as I unwrapped packs. I always vowed to myself that I would quit by age 30—the age I’ve heard that if you can quit by, you can virtually eliminate your risk of lung cancer. But my 30th birthday came and went with my lighting up outside my party, while flirting with a cute guy. My 31st birthday passed, too.

But last week, after reading that Facebook message, I knew I was really ready. I threw away the pack of cigarettes in my purse. (At this point, I smoke about a pack a week—a notable improvement from my younger years, but still pretty terrible.) I ditched the backup pack in my desk drawer. As I walked to the drug store to pick up Nicorette, just in case, a bizarre thought ran through my head: How will being a non-smoker affect my dating life?

Of all the things that could have popped into my mind at that moment, I was shocked that dating and guys were the foremost on my mind. It was a connection I’d never noticed before—that smoking for me has always been social. (Notice that none of the scenarios above where I fondly remember cigarettes involve me smoking on my own.) As I thought about it more and more throughout the day, I realized that smoking is, insanely, something I associate with bonding with men.

Remember Dan, who I told you about last week? Our second conversation was over a cigarette in my high school’s parking lot. Brown Eyes? When we first met at that party two years ago, we were both holding cigarettes in our hand, and taking smoke breaks together has been a part of our friendship ever since. Crazy Dude? We cheesily shared a cigarette after having sex for the first time. The Juggler? We used to banter about what it meant that he was a Marlboro Man while I preferred Parliament Lights. Honestly, it would be hard to count all the hot hookups in my life that began with the lines “Got a light?” or “Can I bum a cigarette?”

I’m in a dry spell as it is, I worried. Will being a non-smoker further kill my game?

I got a chance to test it out a few days later on Halloween Eve. I met up with a group of friends at a bar in the city. We gathered around a table on an outdoor patio and as the smell of cigarette smoke wafted past my nose, I was more disgusted than titillated by it. I went to the bar to order another vodka and soda, and a hot guy in a pirate costume, complete with a faux parrot on his shoulder, started talking to me. “Excellent costume,” he said, admiring my Little Red Riding Hood get-up. (I wouldn’t see that Kim Kardashian had dressed as the same thing until a few days later.)

“Did you have to steal the parrot from a small child?” I asked. “Or did you purchase him specially for the occasion?”

He laughed. “I cheated,” he said. “I’ve worn the same costume for three years in a row.”

We talked for a few minutes. While I missed some of what he said over the loud music, I picked up that he is a web designer who loves to play darts. Just my style.

“Want to go smoke a cigarette?” he asked. 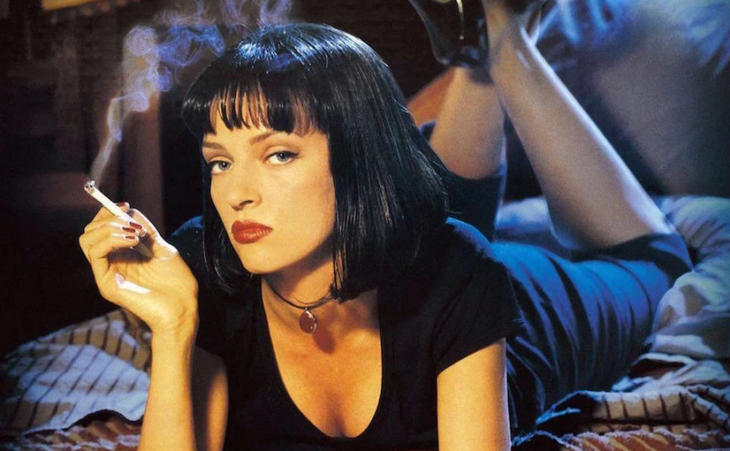 The wheels in my head began to spin. On the one hand, I was aching for that quiet, intimate, five-minute conversation a cigarette provides. But on the other hand, I really didn’t want to smoke. “No thank you,” I said. “When you get back, I’ll be waiting with another round of drinks.”

I ordered two drinks. As I waited by the bar, I had a moment of neurotic panic. What if he starts talking to someone else outside? I thought. What if her costume is better than mine? What if he thinks I’m an uptight priss for not smoking with him? What if …

Faux Parrot reappeared and smiled at me from the door. He tossed his coat on a nearby chair, and walked toward me. We chatted for another half hour. As I left, he gave me a kiss on the cheek and punched my number into his iPhone.

It’s been a week now, and I still haven’t had a cigarette. But my game has far from been extinguished. Bring on the non-smokers.

3 Things To Consider When Starting A Blog