The last time I went on a date was a month ago and it was decidedly “meh.” I deleted my profile off OKCupid because I was sick of getting new messages from guys who were, at best “meh,” at worst psychotic/illiterate/pervy. To be honest, for the first time since my breakup, I have been enjoying being single. And I don’t mean single as in “I’m dating lots of guys and going out all the time like Samantha from ‘Sex and the City,’ woo-hoo!” I mean I am single and enjoying my alone time.  I’m having dinner with friends, catching up on movies I’ve missed (I think I am the last of Blockbuster’s customers), riding my bike, and starting up yoga again. Next month I’m going on a yoga/surf retreat in Costa Rica for a week, and when given the option between coed or an all-women retreat, I went with the latter. Coed shouted two things to me—couples (blech) and single dudes looking to show off their shredding abilities. The latter would normally kind of turn me on, but like I said, MEH.

Lately, I just can’t muster up any enthusiasm over potential dates. I went out with a large group of friends last week and one of them attempted to ignite sparks between myself and a single guy friend of hers. He was good-looking and nice, successful and funny—the kind of dude I would have happily gone out with a month ago. I mean, I would go out with him now, if he did all the legwork. If he picked me up (literally), carried me to the restaurant or bar, spoon-fed me, and handled both sides of the conversation. I would just rather be at home, cuddling my dog, eating mac ‘n’ cheese, and watching a special program about primordial dwarves on Discovery Health. Is that so crazy? 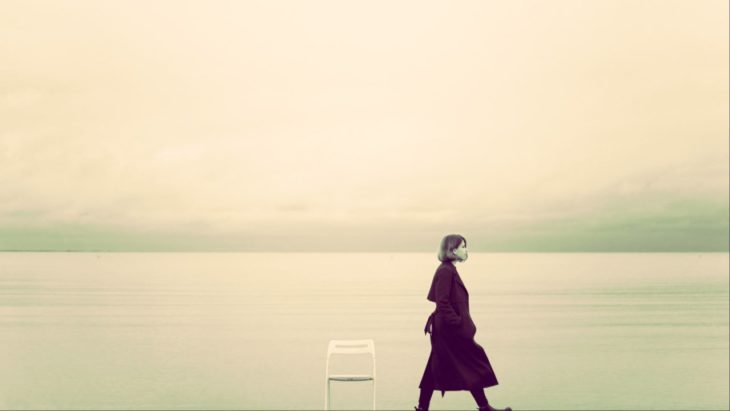 I don’t even really miss sex. I think my boredom with men has made my libido go into hibernation, which I know is strange considering it’s summer and I should want to, like, f**k all the time. But I don’t and that’s a good thing, as I have been prone to always associating sex with the emergence of cuddly, loving feelings. That inclination has led me to develop strong feelings for people who I wouldn’t normally—like bad musicians in skinny jeans or guys who have enormous balls and the tendency to lie. I think the time alone is doing me some good. I’ve always gotten too much of my self-worth from love or attention from a man. That’s why my breakup has been so crushing, because it felt like the ultimate rejection and I’ve been waiting to be rejected by others ever since. So maybe once “rejection” doesn’t cut as deep, I’ll be able to f**k for fun AND be more open to real love without suspicion. In the meantime, I’m enjoying summertime as a truly single lady.

True Story: I’m Doing An Online Detox To Save My Sanity

First Time For Everything: Sex On The Beach And Other Unlikely Places