First Time For Everything: Sex On The Beach And Other Unlikely Places

Making out against a spectacular sunset backdrop, while the tide sexily ebbs and flows, may very well maybe one of the most overrated do it settings, and should probably be confined to the corny Hollywood drivel this scenario shows up in again and again. Trust me, this kind of sex will not only mess up a cute bikini but… Well, let me put it like this. Two words: Sand crotch. However, I bring it up because doing it in the water is terribly underrated. I think people balk because they think the saltwater is going to sting their nether regions or something, but the time I went for it, nothing of the sort happened. Instead, the rhythm of the waves provided the perfect gravity-defying platform for face-to-face sex, plus it was thrilling to know that amidst all the people on the beach, we were being terribly naughty, fully getting off, and they had no idea.

Every lush in the world has faced the possibility of this occurring, and if you’re a real certified drunk like me, well, let’s just say it can be fun. The key to um, “fulfilling” bathroom sex is total inebriation (although, that scene in Unfaithful when Diane Lane’s character screws her hot young boy toy in the coffee shop is ridiculously hot, no?). The reason booze helps seal this deal is that a) the bathroom is likely disgusting and you have to be shot enough to overlook all the urine on the floor, and b) if you are in a crowded bar, people will be trying to knock the door down while you’re getting drilled up against the wall, and you and yours have to be wasted enough to not give a crap and use those drunken blinders to concentrate on the task at hand. Bonus if your guy is a premature ejaculator, because really, you don’t have much time. Generally, when people in bars have to go, they have to go, and if you’re in there too long, a bouncer will show up, kick the door in, and kick your deviant ass out to the curb. It’s so embarrassing.

In a skirt at a party/restaurant/sporting event

Ah, practically the pinnacle of public sex, the old sit on a guy’s lap while he stuffs you beneath your skirt. Word to the wise: This really only works if you are wearing a long, flowing, preferably black skirt or dress, and once again, it’s best if it’s late-ish and you can count on the fact that others in your midst are semi-sauced enough to not notice you riding and/or bouncing on someone’s crotch. I’m gonna give this one a thrill factor of eight out of 10 though because trying to look and act like you’re not having an orgasm results in a real winner on the Richter, especially if you’re surrounded by a roaring crowd. I’m getting’ flashbacks just thinking about it.

In a tent while camping with others

I’ve had plenty of sex in tents, both of the camping variety and the kind you make out of sheets and chairs in your living room when you’re bored. But I can’t say I was altogether prepared on my last camping trip when the tent next to me, home to a late 50-something couple, started rockin, (the last thing I wanted to do was go knockin). I’m not sure what moves they were practicing in there, but the whole tent was shaking, they were moaning, and my friend and I couldn’t help but crack up. After the immature laughter subsided, we became awestruck. I was like, “Good for them,” and developed a whole new respect for them when they cheerily served up breakfast the next morning. Addendum: Sex in the great outdoors can be good times. A photographer ex and I experienced a fabulous romp during a nude photoshoot starring moi, where he attacked me over a pile of pinecones. Sure, maybe it sounds painful, but believe you me, the call of the wild outweighs the discomfort. 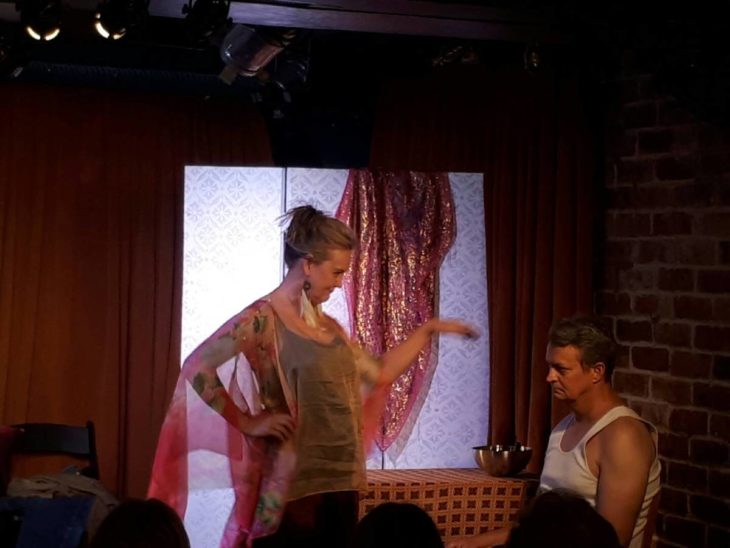 While researching this article, I propositioned my domestic partner: “What’s the one room in this house where we haven’t done it?” I asked him. Without hesitation, he replied, “The basement.” I cocked an eyebrow, sexily, I hoped. “Well, what are we waiting for?” “Hold up,” he said, “Is this article about sex outside of the bedroom, or really, really uncomfortable sex?” ‘Nuff said. I sighed, then ravished him atop our good old-fashioned bed.

first time for everythingpublic sexsex in publicsex on the beach

Top 10 Reasons You Don’t Need To Have Sex Tonight