Girl Talk: Why I Got A Non-Invasive Boob Job

Vanity is something that plagues women—all of us have fallen prey to the aesthetic monster at some point. When I first saw pop tart Heidi Montag unveil her shiny new body and face after getting 10 cosmetic procedures in one day, I thought, “WTF? She didn’t need any work done—she was 23 and beautiful.” But then again, someone probably would have said the same thing about me.

I’ll admit it—I recently had one-tenth of Heidi’s plastic surgery. Strike that—I prefer to call it “non-plastic surgery.” As a 26-year-old single black female, I had finally gotten fed up with my top parts, which had started to resemble two droopy, sad party balloons. I wish I could say I had the pleasure of once having amazing boobs, but, annoyingly, they have always been more National Geographic-style. And so, I volunteered to be the guinea pig for a brand-new non-invasive breast lift.

Growing up in Southern California, minutes from the ocean, I had the suspicion that there was a factory (most likely located in Laguna Beach) pumping out perfect specimens. Beautiful girls were everywhere—on the sand sunning, in my science class flirting, and in the locker room flaunting their perky mammories to torment me. But I was not making any real use of my body in high school. 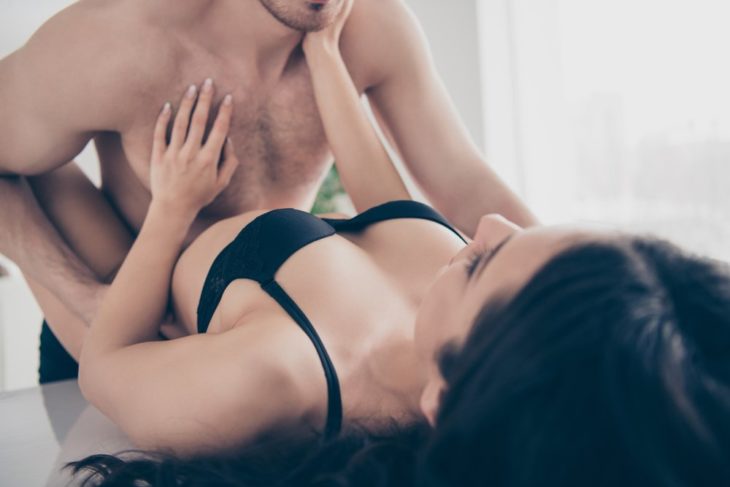 I wasn’t truly daunted, however, until I landed a real boyfriend. Most woman have sex naked. I always did the deed with my bra on. If I had the choice, all clothes would remain on while my lover and I stared into each other’s souls. Most men do not like this—they have this weird thing about needing to see you completely in the buff. Not to mention all of the manic groping. Though I have had a couple of happy relationships, with very wonderful guys, I still couldn’t shake my insecurities. It was one thing to be told, “You’re attractive.” It was another to believe and feel it.

Implants have always seemed to be out of the question. Not to mention oddly comical, especially since I am a vegetarian. How was I not going to eat meat and worry about processed foods, yet have two saline filled plastic bags installed in me? After many years of whining, the stars finally aligned in my favor. My mother, a registered nurse, accepted a job with a prestigious plastic surgeon. What luck!

After some proper negotiation and a pie chart depicting my misery, she finally decided to give me the go-ahead on a procedure her office had recently launched. The “Titan” is a new up-and-coming laser treatment used to get rid of sagging skin in unwanted areas. I couldn’t believe it— advancements in modern plastic surgery were now making it possible for gals like me to see the results we wanted without going under the knife. The laser treatment is done in the office, with no downtime. Though it takes nine weeks to see results and you might need more then one procedure, results are guaranteed. I was elated to try it. 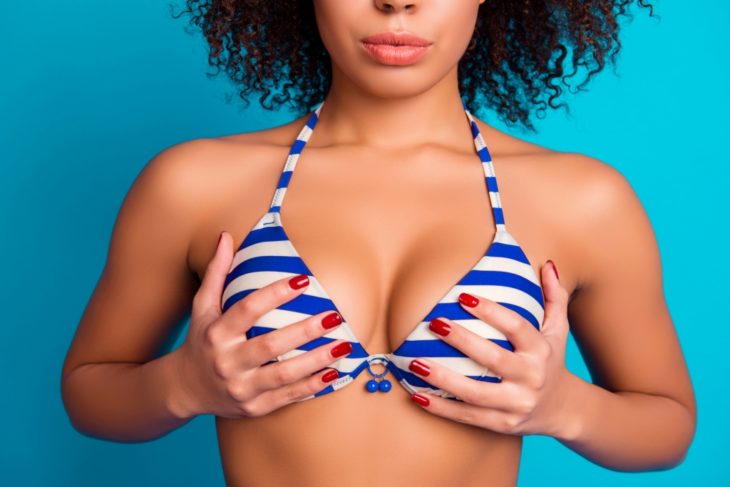 The process took about two hours, and a portly Southern nurse gabbed the whole time as she manhandled my chest. But, since I was getting a discount on a $3,000 dollar procedure, I didn’t complain.

It has now been about 10 weeks since my non-plastic surgery. I am delighted with the result. Being unhappy about my figure might seem shallow. After all, if someone is going to truly like me, they will like me for what is on the inside. But I did it for myself. I already have enough on my plate to worry about, between school and work. Why worry about my chest?

Although I don’t see myself running around naked on a beach anytime soon, I can now confidently look in the mirror topless and smile proudly at the breasts I have always wanted to see. Suddenly, sex without a bra on seems like a real possibility.

What Crazy Lengths Have You Gone To Just To Avoid An Ex?

Fun things to do as a family