I Have Post-Traumatic Stress Disorder

It can be something as little as the time I was standing in a hotel parking lot while on vacation one summer, and out of the corner of my eye, I saw a man walking toward me. He looked exactly like my father. The closer he got, the larger the lump in my throat became. Or, it can be something a little bigger, like the few dozen times I’ve walked past the building on the campus of Northern Illinois University where my father worked and pictured him galloping up the stairs with a huge smile on his face. Or, even the time when I found the blue-knit cap he wore during the course of his chemotherapy and radiation to treat an aggressive form of sinus cancer and up until the day he committed suicide two weeks after finishing treatment. Or, the smell of his clothes and how they’d remind me of his big bear hugs.

That’s Post-Traumatic Stress Disorder in a nutshell. It’s the body’s way of trying to process the massive stockpile of emotions left in the wake of a traumatic life event.

For some, the sound of a car’s squealing tires may make them jump in fright following a car accident. And with the continuing wars in Iraq and Afghanistan, we’re seeing more and more soldiers coming home both physically and emotionally scarred. 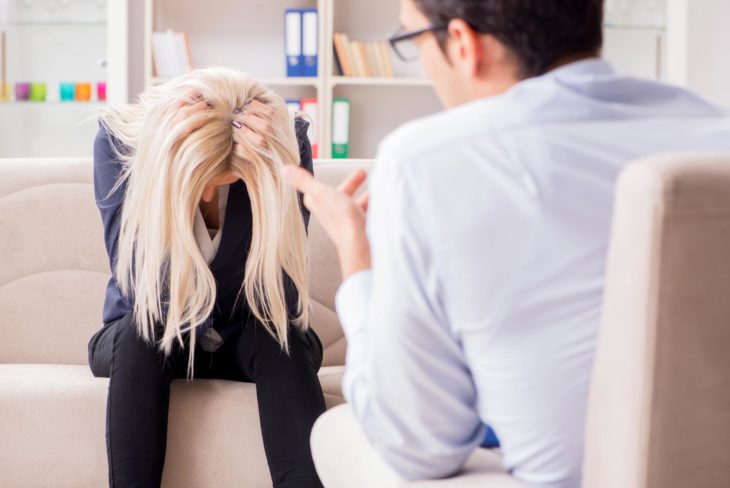 Having been born with a physical disability—Freeman-Sheldon Syndrome—I’m used to labels. But PTSD? That was a label that took a little more time to come to terms with. Before my father’s death, I’d always prided myself on being such a strong person. So to wrap my head around the idea that, “Yes, admitting I have PTSD does make me a strong person instead of a weak one” took some time. I’ve been in counseling for much of the time since my father’s death. In fact, I’m returning again this week after a year off. I told my therapist I thought I needed a “tune-up.” There is nothing wrong with that, I keep telling myself.

For me, in addition to the sights and sounds that remind me of my father, I’ve also grappled with spiraling thought patterns. Because of my physical disability and the fact that I was only 21 when my father killed himself, I worry constantly about losing my sister and mother. Being alone is my worst fear, and even though I know it’s irrational, I just keep thinking sometimes about the “what ifs.”

What if I lose my mother and sister too? What if I’m all alone?

That’s why I’ve always pictured PTSD as a sort of carousel. I’m sitting on one of those colorful ponies going around and around in circles. You eventually come back to the starting point. You see it, and sometimes, it hits you like a ton of bricks. Other times, you see it and can pass it without even registering it in your mind.

It’s those latter times when I start to think I’m “over it,” which is sort of the insidious way PTSD operates. I know I’ll never be “cured,” but sometimes I can go for weeks or even months feeling just fine. And other times, like the last week, for instance (how’s that for irony?), every little thing has been setting me off. I’ll find myself crying over seemingly minor stuff. It’s times like these that remind me that I’m still trying to learn how to integrate my PTSD into my life rather than plan my life around it. It’s a constant struggle, but one I know I need to fight with all my strength. I know my father would want me to. 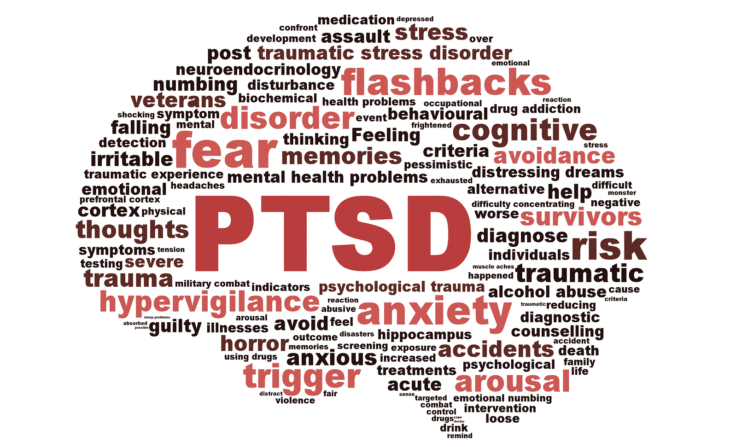 One of the common misconceptions about PTSD is that you can just “snap yourself out of it.” Time has passed, so it’s time you move on too. Maybe I even tried to convince myself that at one time or another. Sometimes my mother, sister and I will drive past our old apartment. It’s the apartment I grew up in—where I recovered after all my surgeries, where my father taught me how to balance an equation in high school algebra. It’s also the place where he killed himself on a March morning in 2003 while I was sleeping in my room.

Driving by it now, it’s easy to see that, on the outside, everything has changed. The parking lot is filled with different cars. The building looks like it’s been repainted. Even our windows look different. Life has gone on. As if nothing had ever happened.

But deep down, the memories are still there, memories of everything that happened inside, and that’s what makes the trauma still feel very raw and very real for me. It may be chronologically seven years after my father’s death, but sometimes, especially when I think of that old apartment, it feels more like only a few months. In those moments, when I’m spinning on that carousel, all I can do is keep going. Maybe the next time I come around, I’ll see things from a different perspective. I know my father would want that for me.

Most Lipsticks Contain Lead, But Not Enough To Really Worry About