Is There A Right Age Or A Wrong Age To Get Married?

Things that make us sad/angry: the Vanilla Gorilla, animal abuse, “The Price of Beauty,” American tourist shorts/huge white sneakers combos, “Bridget Jones Fear.” What, you may ask, does the latter refer to? Over in Jolly Old, a new marriage survey found that women feel the ideal age to get married is 26, as opposed to a decade ago, when they cited their 30s as being the ideal time. What could this sea change be attributed to? The Daily Mail seems to chalk it up to “a fear of turning into Bridget Jones.” 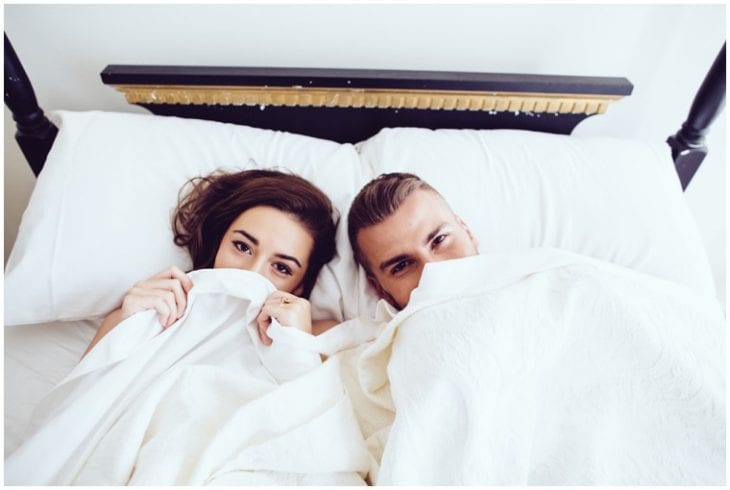 Look, no one wants to turn into a pathetic character played by Renee Zellweger in a fat suit. That’s just obvious. But feeling a burning need to be married before the age of 30 or be doomed to a life of Chardonnay-tinged spinsterhood? That’s just complete and total rubbish. And it’s not just a British thing. I wasn’t shocked that controversial blogger extraordinaire Julia Allison recently announced she was swearing off life-casting. What did make my jaw drop was her lamenting that she wasn’t married yet and how desperately she feels the need to be. No beating around the bush: she didn’t express a desire to meet a great guy or fall in love—she just wants to be married period, and fast. As if that would instantly make her happy.

It’s hard to find reliable marriage and divorce statistics out there, and in the course of my (admittedly rudimentary) research, I found tons of conflicting data. One fact seemed to stand out across the board: Older women tended to get divorced less often and report happier marriages. (This number grows exponentially when it comes to childless empty-nesters, who seem to be existing in some kind of bliss bubble.) It’s young people that make up the bulk of divorces. In the absence of perfectly legitimate numbers, I’m just gonna go out on a limb here and make an educated guess: You change a lot between the age of 20 and 30, and two people don’t necessarily grow together during this time. Don’t believe me? See my list of how I know I’m not a hipster anymore for proof, ha.

Had I married any of my steadies from even five years ago, I’m pretty certain I would be divorced at this point myself. Being single during those formative years of early adulthood allowed me to travel around the world, advance in my career, sow some pretty wild oats at times, and practice independence in any number of ways ranging from emotional to financial. I might even say that time made me strong, confident and mature enough to handle my current relationship. We’re engaged now, and I’m really happy about it. Would I have been ready to take that step a few years ago? I’m really not so sure about that.

In fact, during the course of that decade-o-freedom I took some risks that had I been tucked “safely” in a marriage, I probably wouldn’t have otherwise. Unfortunately, I have a whole bunch of friends my age who are going through divorces right now. And the big kicker I keep hearing over and over again? They feel like they missed out on something. And when that feeling rises up in you and becomes overwhelming and suddenly marriage feels like a prison, it results in both parties going their separate ways. And I think that really sucks, but it seems like it’s fairly common.

Everyone’s different, obviously, and I’m certainly not saying there’s a right or a wrong age to get hitched. I am positing that being a little older and wiser might bring a bit more stability to an institution so obviously fraught with divorce. Whatever the case, I know this much is true: “Bridget Jones Fear” is more dangerous than wearing a huge pair of Spanx on a hot date.

10 Tips For Making Her Come, According To Real Women

I’m Older Than You. Here’s Some Advice